"Every year, millions upon millions of chickens are bred to become oversized FrankenChickens, crammed into bleak, overcrowded sheds, and slaughtered at just a few weeks old. As a bird lover, I despair at the thought of these gentle, intelligent, and sensitive animals forced to endure such suffering." 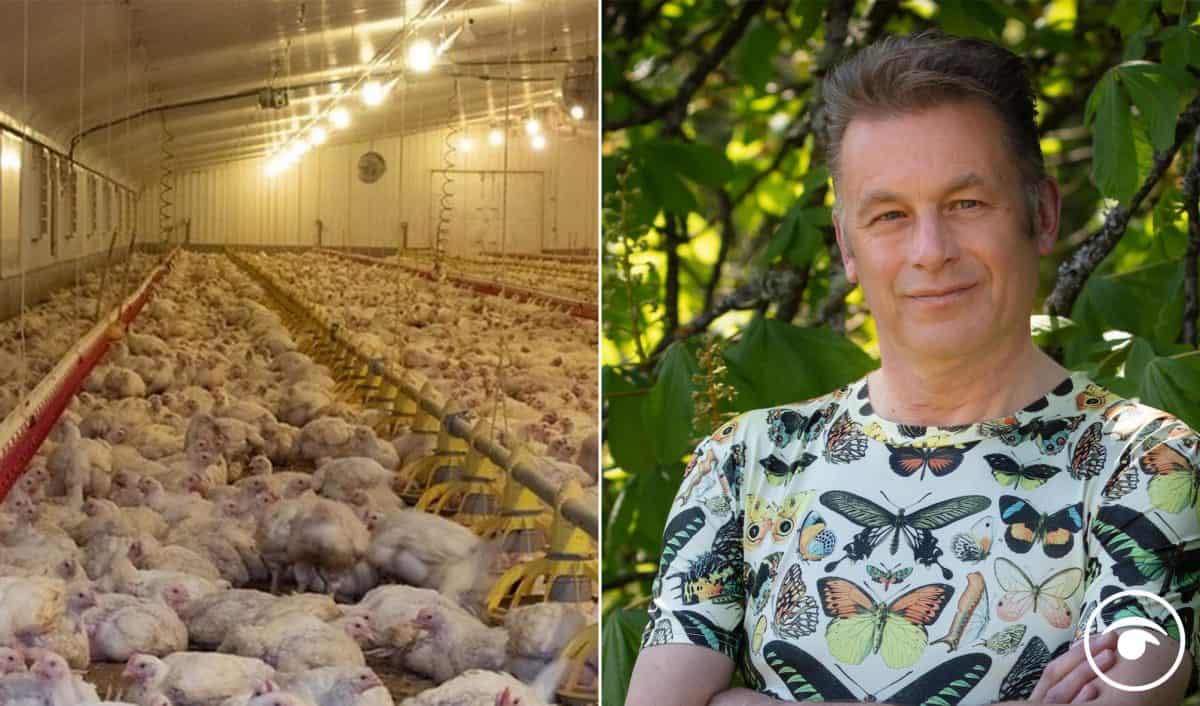 “Every year, millions upon millions of chickens are bred to become oversized FrankenChickens, crammed into bleak, overcrowded sheds, and slaughtered at just a few weeks old. As a bird lover, I despair at the thought of these gentle, intelligent, and sensitive animals forced to endure such suffering,” says Chris.

Reflecting on the issue, vet Dr Emma Goodman Milne said: “Whatever your views on eating meat, we should ALL be striving for the best welfare possible for the animals we farm. Fast-growing breeds of chicken suit our greed for ever-more productive animals but at a huge welfare cost to the birds, with musculoskeletal problems all too common.” She added: “All across Europe companies are committing to using suppliers who favour welfare and I 100% support this initiative.”

While most UK supermarkets are on the way to ending the use of cages for hens farmed for their eggs, the majority of chickens raised for meat are bred to grow at an unnatural speed, reaching slaughter weight in just a matter of weeks. They can suffer painful lameness and even heart attacks because of their fast growth, and are raised in cramped conditions. Only Marks & Spencer and Waitrose & Partners have committed to the BCC.

“I think this is the biggest cause of hidden animal suffering in Britain,” continues Chris.

“Chickens outnumber all the wild birds in the country but we never see them – because they’re suffering behind the closed doors of factory farms.”

The campaign launches with a petition calling out leading supermarkets including Morrisons, Tesco and Co-op for failing to take action on chicken welfare.