"Cramming animals together on overcrowded, faeces-ridden factory farms also creates breeding grounds for deadly pathogens like the novel coronavirus and bird flu – an outbreak of which the UK is currently enduring." 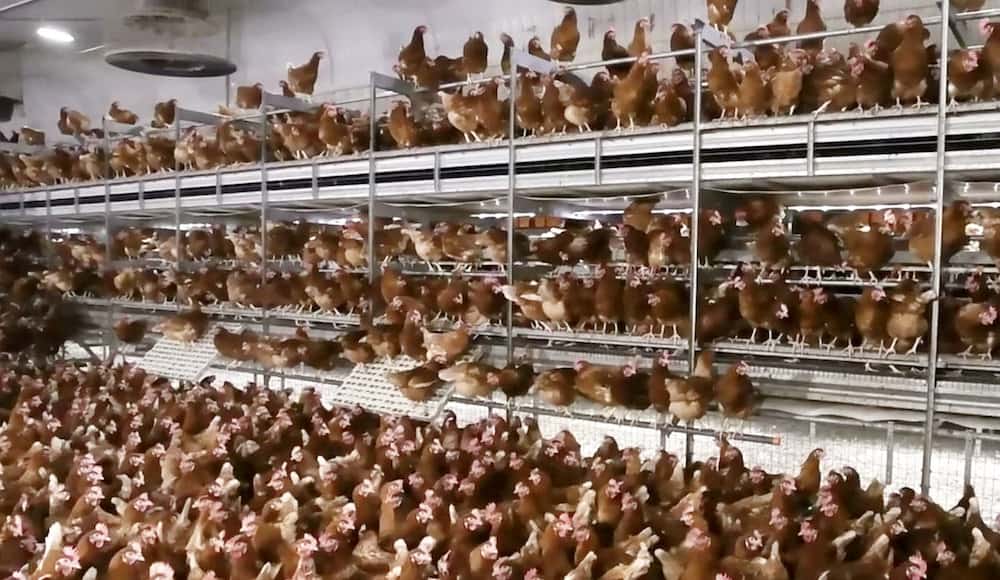 Distressing video shows hens crammed into overcrowded sheds while “suffering in misery” at the suppliers of one of the UK’s largest free-range egg brands.

The secretly recorded footage shows thousands of hens packed into filthy and dark sheds that were so overcrowded that birds had pecked one another through stress.

Campaigners said some of the company’s so-called “happy hens” had died and their corpses were left to rot among living birds at the sites.

PETA has now complained to the UK’s advertising watchdog that the firm was “misleading consumers” in showing pictures of birds in lush open fields of green grass.

Many UK supermarkets stock and sell Happy Egg Company eggs, which are marketed as from coming from happy and healthy hens that have not suffered.

The footage is said to have been filmed at three farms in Cumbria, Gloucestershire and Hereford, which all supply eggs to the Happy Egg Company.

PETA Senior Campaigns Manager Kate Werner said: “Happy Egg Co is duping well-intentioned consumers into paying a premium for eggs produced by hens who they are told are ‘happy’.

“But the chickens we saw face much the same filth, misery, and death as those on any other egg factory farm,.

“PETA is urging everyone not to be duped – the only cruelty-free label is vegan.”

University of Winchester Veterinary Professor of Animal Welfare Andrew Knight said: “The footage obtained by PETA shows chickens packed into industrial sheds with very little in the way of enrichment.

“Despite evidence that the chickens’ beaks have been trimmed, it appears that feather pecking – suggestive of stress and frustration – is still going on.

“It’s hard to imagine that these chickens are happy.”

“When the birds’ worn-out bodies can no longer produce enough eggs to be profitable, they’re sent to slaughter, often to be turned into “low-grade” meat because their flesh is so bruised and battered.

“Cramming animals together on overcrowded, faeces-ridden factory farms also creates breeding grounds for deadly pathogens like the novel coronavirus and bird flu – an outbreak of which the UK is currently enduring.

“PETA further notes that diets heavy in cholesterol and saturated fat, both of which are found in eggs, can increase a person’s risk of falling victim to many of the UK’s top killers, including heart attacks, strokes, and diabetes.”