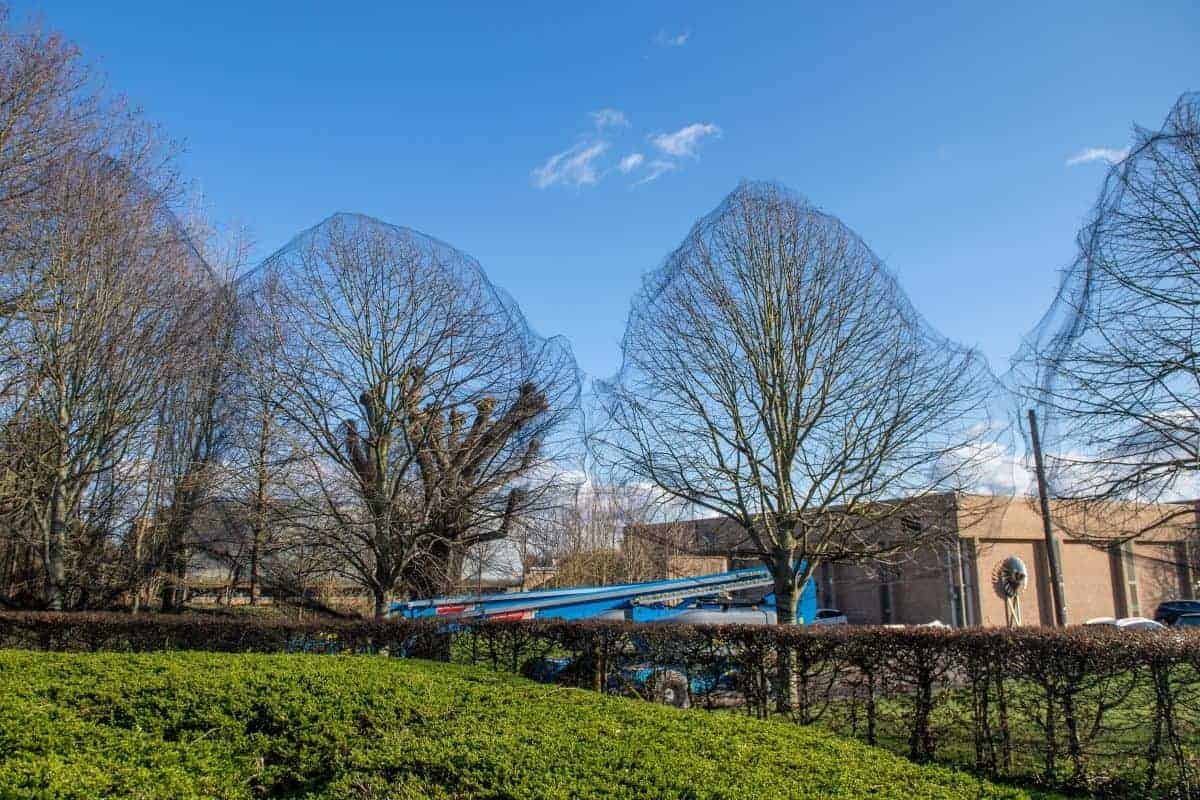 University chiefs have done a U-turn and removed anti-bird nets from trees on one of its campuses after being shamed by TV presenter Chris Packham.

Netting had been placed over 20 trees by Cambridge University to stop birds nesting in their branches during nearby construction work.

A photograph of the netting on the Cambridge West Site was posted on-line which prompted an angry reaction from the TV naturalist.

Packham, presenter of BBC TV’s Springwatch series, condemned the practice which had originally raised controversy last yearr when other incidents were reported.

He tweeted to his 394,000 followers: “Seriously? I thought we’d been through this last year! This is absolutely outrageous!”

Shortly after his comment the university issued an apology, and said it had begun “immediate” work to remove the huge nets from the trees.

A university spokesperson said: “The University of Cambridge has decided to begin immediately removing the netting over trees on its estate.

“We accept that the decision to use nets to discourage nesting birds was wrong, and we unreservedly apologise for any upset we have caused.

“The netting was put in place in advance of building work during the nesting season which requires the trees be replaced or moved to another spot on our estate.

“We will be consulting with experts on our local trees and wildlife before any further activities related to these trees is carried out.

“The University aims to increase the environment for wildlife with planting schemes that ensure any new buildings provide a net biodiversity gain.”

In a previous statement last week, the university had said: “Trees near the Whittle Laboratory have had nets put over them to discourage birds from nesting in them.

“This is to ensure they will not be disturbed by work to expand the lab.

“The netting will be checked for wildlife three times a day.”

But Chris Packham, 58, shared the photos on his Twitter, and wrote: “Seriously? I thought we’d been through this last year! This is absolutely outrageous!”

The university also came under fire from the Cambridge branch of environmental group Extinction Rebellion.

The group posted on Twitter last week: “Anti-bird nets in the territory of a biodiversity emergency area, as declared by Cambridge City Council last year.

“@Cambridge_Uni again showing it is an enemy of nature: netting over trees on its West Cambridge site to stop birds nesting so the trees can be chopped down.

In a follow-up Tweet posted late last Thursday night, XR Cambridge said they had snuck on to the university campus under the cover of darkness, and cut some of the nets off the trees.

They wrote: “We’ve freed some of the @Cambridge_Uni trees from their nets.

“One, a beautiful 200+ year old willow, was also filled with foam to stop tree creepers and nuthatches nesting in the holes.

“Habitat destruction is the number one reason for British bird collapse. This practice must end.”