“If we can’t recruit people and fill those vacancies then retailers will need to look elsewhere and we’ll end up offshoring some of that production to places like Europe.” 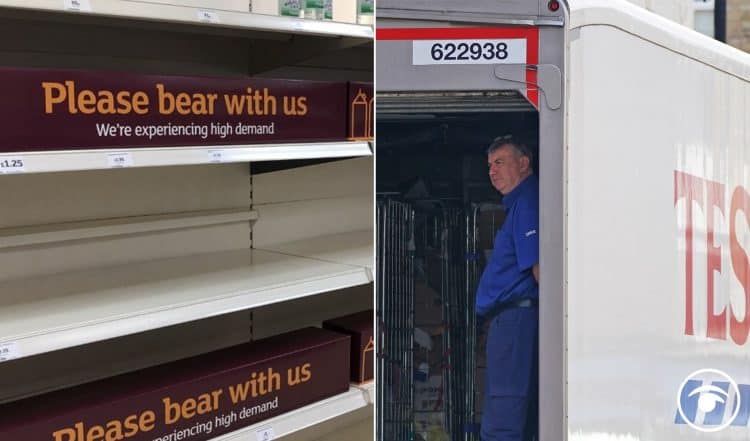 It is too early to say that supermarkets might have problems getting products onto shelves at Christmas, MPs have been told.

British Retail Consortium (BRC) director of food and sustainability Andrew Opie said: “Christmas is going to be incredibly challenging in some areas.”

But, he added that it is “too early to predict that we’re going to have problems at Christmas.”

“Our members that we’re speaking to are not anticipating major problems for Christmas at the moment,” he said to the UK Trade and Business Commission, a group of MPs and business representatives.

“But they are also saying that it is so challenging at the moment, it’s really difficult to keep their head above water and maximise what for many businesses is that crucial period in the run-up to Christmas.

“So we’re not in any way saying we’re anticipating major problems at Christmas, but all I can say to you is where we are at the moment, and if we do see problems then that is going to have an impact on products on the shelf.”

He said it is not too late for the Government to take action to ensure there are no problems over Christmas.

Alex Veitch from Logistics UK said that there had been a chronic shortage of lorry drivers for several years, but this has now morphed into an “acute shortage”.

“It’s really to do with Covid to a very large extent, and Brexit to a lesser extent, added to the long-term chronic problem of not enough people joining the sector,” he said.

According to the Road Haulage Association there is a shortage of more than 100,000 drivers in the UK.

Even before Covid there was a 60,000-driver shortfall.

Around 30,000 driving tests for heavy goods vehicles (HGV) did not take place last year because of the pandemic, and Brexit-linked rule changes have worsened the situation.

Businesses have cited a wide range of causes for the supply chain issues they faced in recent months.

The pinch is being felt across much of the economy, however shortages of fast food items have captured much media attention.

Most dramatically Nando’s was forced to close some of its shops for several days.

Earlier on Thursday, Coca-Cola reported a shortage of aluminium cans and Barratt Developments said that the cost of materials was rising due to shortages.

“I think our concern is not at the moment that we anticipate major shortages, but that the supply chain is at full capacity every day at the moment, and if we see any kind of disruption it will have a knock-on for consumers,” Mr Opie said.

The commission heard calls repeated from the BRC, as well as representatives from the logistics and frozen food sectors, for the Government to grant a 12-month Covid-19 recovery visa to allow workers from Europe to plug skills shortages.

Mr Opie warned that this was not just vital for the HGV driver shortage, but also to fill vacancies in food manufacturing and processing, including seasonal pickers.

He said: “If we can’t recruit people and fill those vacancies then retailers will need to look elsewhere and we’ll end up offshoring some of that production to places like Europe.”