Saffron is one of the most prized and expensive spices in the world, which offered the greatest of hope for economic trade for Afghan producers and exporters. It has the potential to spur sustainable development and lift the country’s people out of poverty. 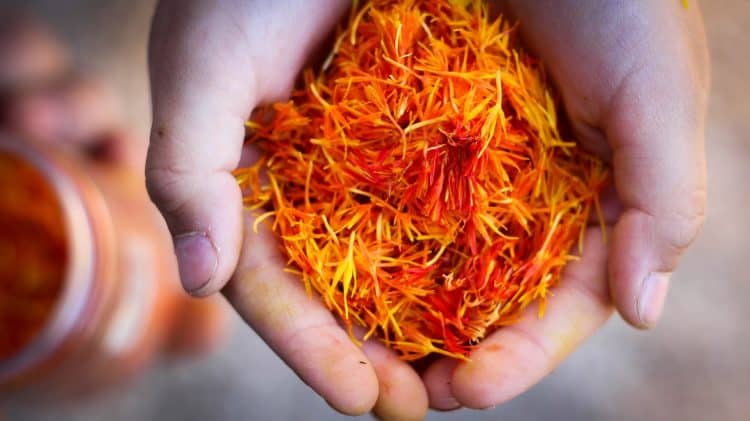 As part of my Special Advisor’s role in the House of Lords to the Leader of the Liberal Democrats, Lord Newby, we embarked on a project with the Afghan Embassy in London called the Afghanistan Saffron Story.

Originated from the Liberal Democrats’ Peer work to connect communities in partnership for positive outcomes as part of my special advisory work. The collaboration enabled the close participation of the British Curry and Kebab industry, business, and commerce associations. The focus is to connect key saffron stakeholders in Britain with Afghanistan through an inclusive multi-level engagement process. This would enable further business and trade relations, strengthen the supply chains and export ecosystem within Afghanistan’s nascent market economy, while simultaneously boost FDI led sustainable investment underpinned by the principle of “Aid-for-Trade”.

Saffron is the main ingredient in the production of UK’s £7.8 billion curry and kebab industry, a sector built on the success of British multiculturalism with high potential for revenue and competitive supply. The project’s theme is centred on the linkage of British diversity, which would pave the way for positive narrative for Afghanistan.  There were initiatives supporting saffron production such as the Afghanistan Rural Enterprise Development Programme, which helped impoverished rural people to gain market connections and technical support, while funding trips for farmer to develop knowledge and skills in saffron cultivation.

It takes approximately 75,000 saffron blossoms to produce a single pound of spice. This, combined with a labour-intensive harvesting process, which makes saffron one of the world’s most expensive spices.

Since 2010, Saffron farming rose in Afghanistan. Exporting this valuable crop to foreign markets, paved the way for the country to become the third-largest saffron producer in the word, just behind India and Iran. The Afghan Government hoped that poppy farmers would shift to growing saffron as a legal alternative. This would not only generate employment, particularly for women, but also provides comparable returns in a high-value market. It is estimated that saffron can earn up to seven times more than poppies. Not only does the plant require little water, but farmers do not need much land to grow the crop.

Under the Taliban, the poppy trade flourished with Afghanistan being the world’s largest producer of opium. In 2000, the Taliban banned poppy farming when they attempted to seek global legality of their authority but faced backlash from those reliant on opium for their illicit drug trade.

In October 2001, following US-led military intervention and the apparent collapse of the Taliban, there was a significant increase in the volume and geographic spread of poppy cultivation in Afghanistan. The Taliban’s opium decree led to a tenfold increase in farm gate opium prices, pushing rural households further into debt. The fall of the Taliban and the absence of a strong governing authority in the countryside, led to farmers planting their fields again.

Between 2002 and 2017, Washington spent approximately $8.6 billion to curb Afghanistan’s drug trade and diminish the Taliban’s funds by eradicating poppies, introducing alternative crop programmes, aerial spraying of controversial chemical herbicides, and carrying out airstrikes on heroin labs. Sadly, this gained sympathy for the Taliban, particularly among farmers and workers who depend on opium production to support their families. At the turn of 2018, Afghanistan had accounted for 82% of estimated global opium production.

Saffron is one of the most prized and expensive spices in the world, which offered the greatest of hope for economic trade for Afghan producers and exporters. It has the potential to spur sustainable development and lift the country’s people out of poverty.

As of 2018, the UK imports around 1.5% of the global saffron market, accounting for £3.2 million in its import value. Spain, China, Iran, France and Italy are amongst the main suppliers to the UK, who collectively amount to 95.4% of total UK saffron import. Comparably, Afghan saffron only accounts for 0.1% of the total import valued at around £2000 in 2018. As such there is clear and substantial room for expansion.

The Taliban stronghold and their reliance on poppy farming for their profiteering will serve only to burgeon the poppy trade and drive out safer, more lucrative alternatives for the people of Afghanistan, in addition to forcing women out of employment and pushing families deeper into poverty.

The Taliban claim they are different now, pledging to do things differently like protecting women’s rights.  Ethical economic and trade governance also has to be a key factor in the Taliban’s call for legitimate recognition.

The question with the Taliban now on the cusp of taking power again will they choose the illicit poppy trade or build an economic vision in the beautiful gold red saffron.

Rabina Khan is a Liberal Democrat Councillor and Special Advisor, she writes opinion pieces for various papers and regularly appears in the media.   Her book My Hair Is Pink Under This Veil was recently published by BiteBack publishers