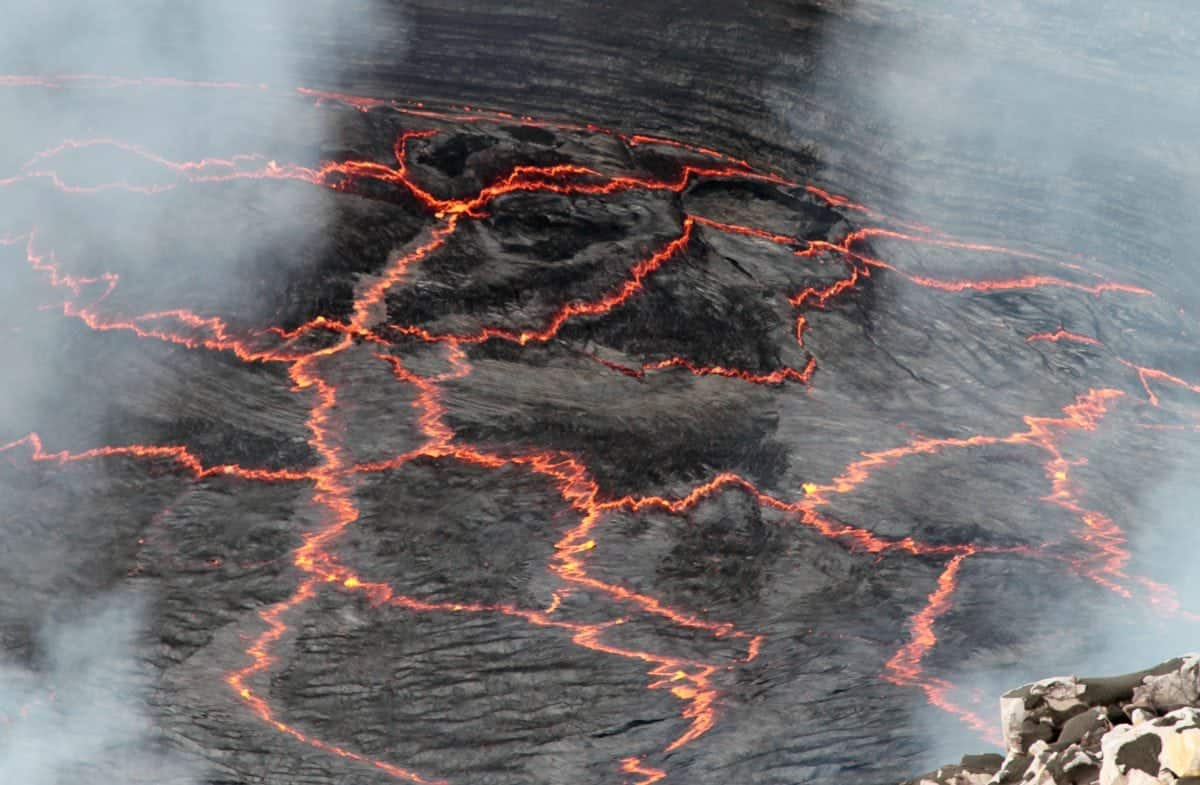 Super volcanoes that have the potential to destroy mankind fuelled life on Earth, according to new research.

They spewed oxygen into the atmosphere creating the ozone layer – and protecting organisms against radiation from the sun.

The discovery by scientists could now lead to better ways of predicting the devastating eruptions that have triggered some of the world’s worst disasters.

A study of the Kilauea volcano in Hawaii – which wiped out hundreds of homes when it blew earlier this year – found when the bubbles rising to the surface get large they cool down. 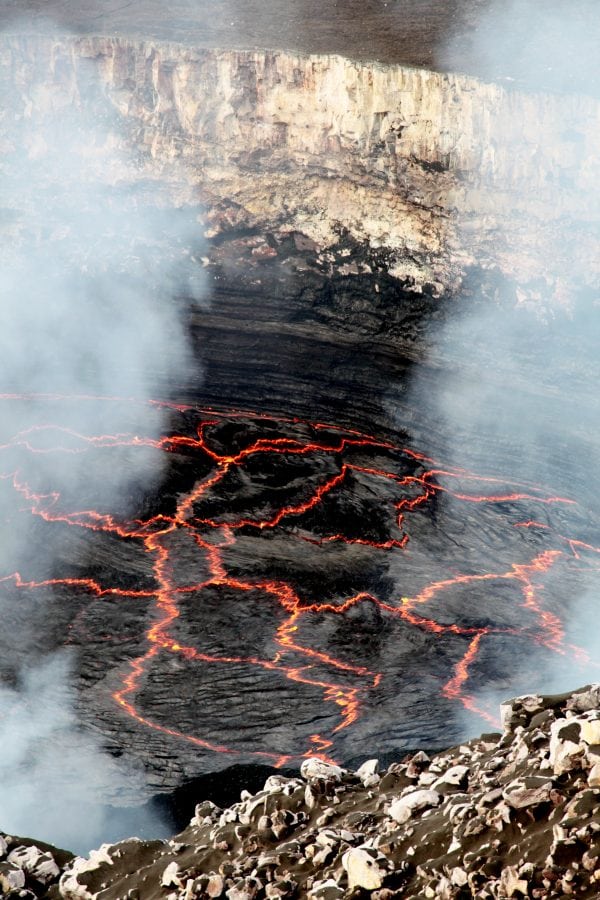 The gas inside loses contact with the magma and becomes more oxidised than previously believed – with higher proportions of carbon dioxide to carbon monoxide.

The ratio of the latter to the former when the lava lake was in its most energetic state was six times more than during the most stable phase.

The scientists suggest this effect should be taken into account when gas measurements are being used to forecast major changes in volcanic activity.

When magma rises to the surface, the water becomes bubbles and this increases the pressure. 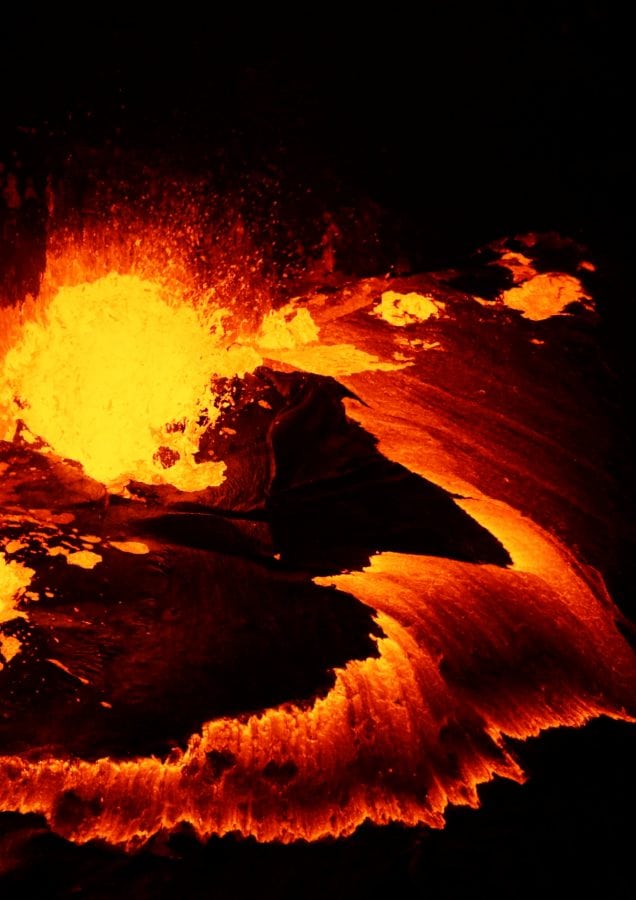 In thick and slow moving magma the pressure can not escape and therefore builds up before it blows violently.

Co-author Dr Tamar Elias, from the Hawaiian Volcano Observatory, said: “Gas measurements are critical to our monitoring and hazard assessment.

“Refining our understanding of how magma behaves beneath the volcano allows us to better interpret our observations.”

The discovery published in Nature Geoscience has implications for the evolution of the Earth’s atmosphere billions of years ago.

Co author Dr Bruno Scaillet, of Orleans University in France, said: “Volcanic emissions in Earth’s deep past may have made the atmosphere more oxidising than we thought.

“A more oxygen-rich atmosphere would have facilitated the emergence and viability of life on land, by generating an ozone layer, which shields against harmful ultraviolet rays from the sun.” 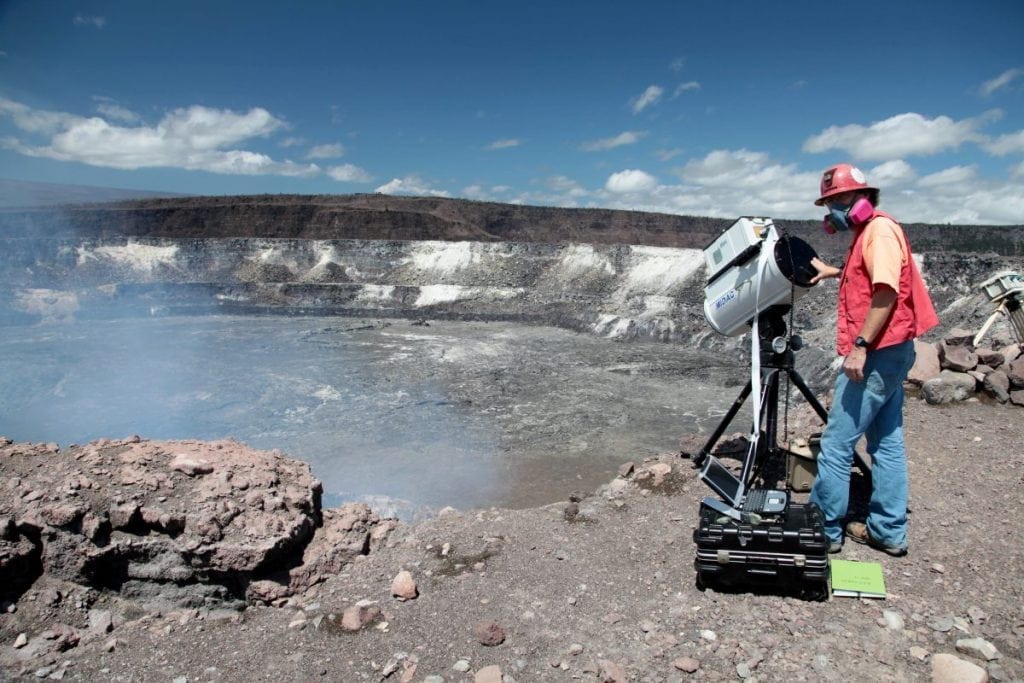 Study leader Professor of Volcanology Dr Clive Oppenheimer of the University of Cambridge and colleagues measured the composition of gases released from Kilauea during gentle and more vigorous periods of in 2013.

Using a scanning device they found the chemicals changed depending on the size of gas bubbles rising to the surface – offering hope of improving forecasting threats posed by certain volcanoes.

Gas emissions are monitored routinely at volcano sites across the world with carbon dioxide and sulphur dioxide, for instance, heralding shifts in activity.

Volcanologists have considered they reflect the rise and fall of magma in the Earth’s crust.

But the latest findings show the composition depends also on the size of the gas bubbles rising up to the surface.

Until the latest spectacular eruption opened up fissures on the flank of the volcano, Kilauea held a vast lava lake in its summit crater.

Its behaviour alternated between gentle phases and fiery ‘spattering’ powered by large gas bubbles bursting through the magma.

Prof Oppenheimer said: “At this temperature, the lava would freeze.

“At first, we couldn’t understand how the gases could emerge much colder than the molten lava sloshing in the lake.”

The clue came from the variation in calculated temperatures – they were high when the lava lake was placid and low when it was bubbling furiously. 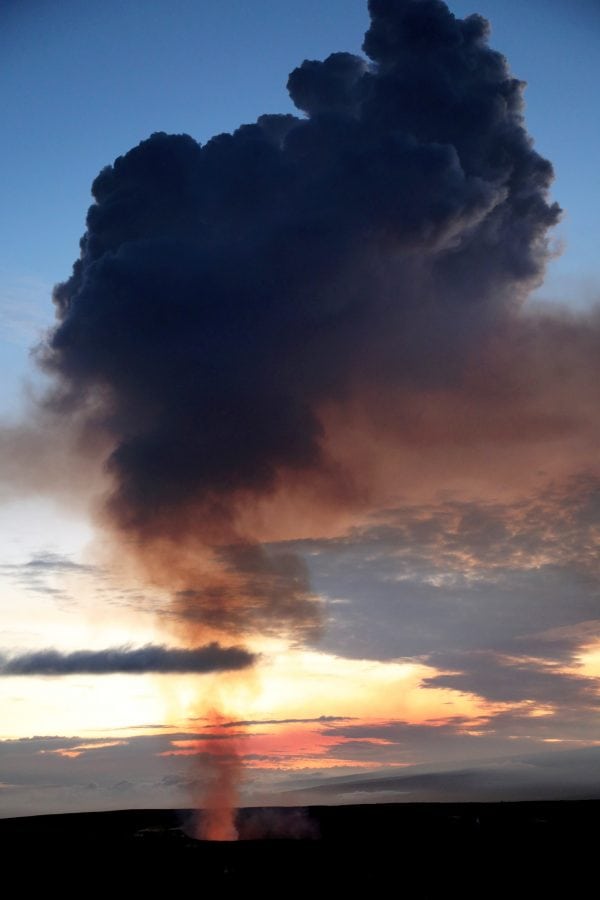 Co-author Prof Andy Woods said: “We realised it could be because of the size of the gas bubbles.

“Larger bubbles rise faster through the magma and expand rapidly as the pressure reduces – just like bubbles rising in a glass of fizzy drink. The gas cools down because of the expansion.”

In 79 AD, Mount Vesuvius erupted and buried the ancient city of Pompeii beneath several tonnes of molten lava and hot ash.

The loss of life and destruction was catastrophic and remains one of the most infamous natural disasters ever seen.

Since then, scientists have been trying to predict when the next super eruption might occur.

Evidence is growing the chemical make-up of magma can predict just how explosive a volcano could be.