"Ukraine's peril isn't fodder for your culture war on people you decided are less equipped to handle war than you baselessly fantasize you are." 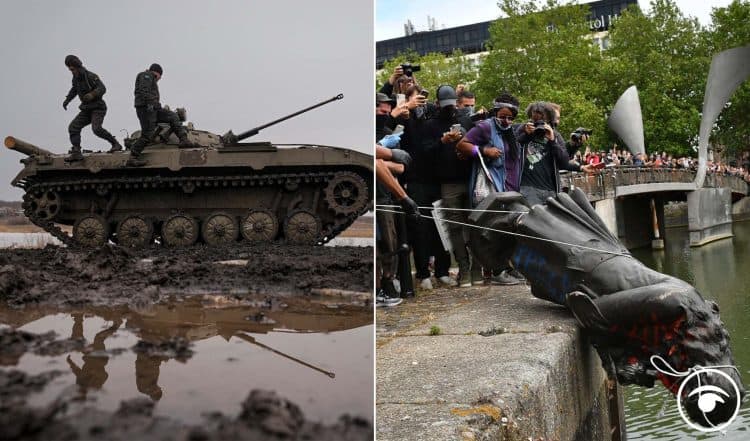 Former ‘Loose Woman’ Jane Moore called on Generation Z youths to be sent to the frontline of the conflict in Ukraine in a bizarre Sun column today.

Swapping ‘Wife Swap’ for ‘Strife Swap’, she pitched the first episode as:

“A bunch of Gen Zs might be torn away from their war on free speech in our universities for a lesson in how so many young lads their age fought in the Second World War precisely so they could enjoy the freedom they have today.

“Perhaps a posting to the Ukrainian border with Russia might help them to understand the fear of facing down a deadly force that might kill you?

The rest of the article is on this link if you want to read it all, but I think you get the point.

It comes as the UK and Nato gave a sceptical response to Russian statements about the withdrawal of troops following military exercises, with defence secretary Ben Wallace warning that Vladimir Putin’s forces still had the capacity to overwhelm Ukraine.

Diplomatic efforts to resolve the crisis continued, but Nato’s secretary general warned “we are prepared for the worst”.

Reports based on US intelligence sources had suggested Wednesday could see the Russian president launch his invasion, but Mr Wallace said he has never talked about a specific date when troops might cross the border.

“I’ve never talked about a date because in all the intelligence I’ve seen dates are not the issue, the issue here is the significant amount of forces,” he told Sky News.

Well, as you will see, the article went down like a warm glass of sour milk.