"Suella Braverman is dim and dangerous. Civil servants are just doing their job following the law," wrote one person in response. 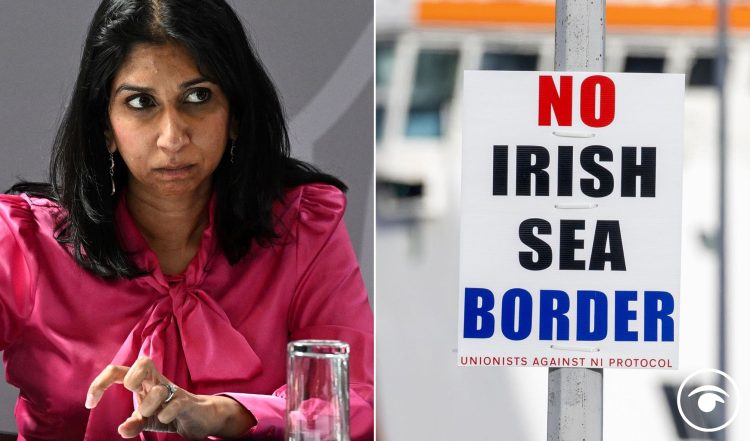 Another day another Brexit scapegoat.

This time our esteemed Attorney General had a pop at civil servants and the trans community for good measure.

Speaking to the Telegraph Braverman believes that civil servants who supported remaining in the EU were ‘thwarting reforms’ and this is why the UK is struggling.

It comes as relations have never been as bad with UK government ministers, Ireland’s deputy premier has said.

Hpwever, Lucy Allan MP seems to be a fan of the piece writing: “Brave for a minister to say this, but someone had to – civil servants obstructing Government of the day.”

She also there is a “great opportunity to peel back … onerous rules and bureaucracy to actually help the consumer”, as a result of the UK’s departure from the EU

Just to add a bit more fuel to the fire on the Trans debate she said: ‘people are terrified of pointing out the basic facts of biology.’

The Prime Minister has confirmed he supports Fina’s decision to stop trans athletes taking part in women’s races if they have gone through any part of the process of male puberty.

He was asked by reporters on a visit to Rwanda whether women can be born with a penis, to which he replied: “Not without being a man.”

He also agreed there was a difference between being a woman and a trans woman when asked by reporters.

After pausing to think he said: “Yes.”

But back to Braverman, it was only last week she slammed Robert Peston, saying that: “This is your Remainiac make-believe’: She made the comment he said Northern Ireland Brexit Bill ‘plainly breaks the law’ during an extraordinary on-air spat.

As ever the government won’t accept any blame and that wasn’t missed: