The struggling honey bee could be saved by boosting its gut bacteria, according to new research. Just like humans, the vital pollinator has bugs in its intestinal tract that improves digestion and fuels health. But the system is much simpler, relying on only a few different species – compared to up to a thousand in […] 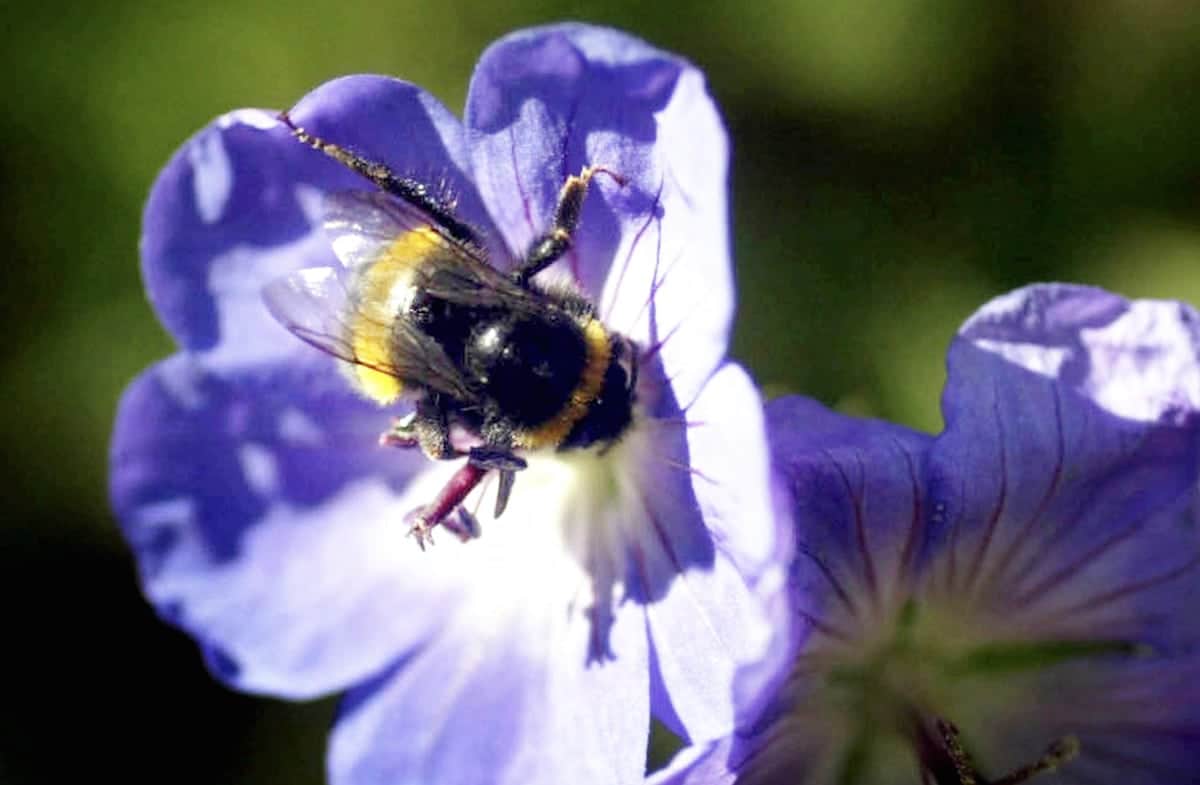 The struggling honey bee could be saved by boosting its gut bacteria, according to new research.

Just like humans, the vital pollinator has bugs in its intestinal tract that improves digestion and fuels health.

But the system is much simpler, relying on only a few different species – compared to up to a thousand in ours.

This has enabled scientists to identify those that allow them to digest a pollen rich diet – a breakthrough that could lead to bacterial treatment of bee hives.

Microbiologist Professor Philipp Engel, of the University of Lausanne, Switzerland, said: “We took advantage of the key characteristics of the bee gut microbiota: its simplicity.

“Contrary to human gut microbiota, the bee gut is composed of only a few bacterial species.

“This makes analysing each member separately and determining its contribution to the overall metabolite changes in the gut feasible.”

He added: “Honey bees are importnat pollinators that harbour a relatively simple gut microbiota with striking parallels to the mammalian system.”

In humans the importance to health of the ‘microbiome’, or gut bacteria, has received increasing attention over recent years.

But evidence is mounting it has just a big a role in the survival of other animals, including insects.

Honey bees have a very consistent set of bacterial species, present in all of them worldwide.

The microorganisms in the guts of animals can benefit their hosts by helping to digest food, detoxifying harmful molecules, providing essential nutrients, protecting against invading pathogens and parasites, and boosting development and immunity.

But although the importance of gut bacteria is becoming increasingly appreciated, the processes that govern these microbial communities are largely unclear.

The honey bee gut is colonised by specialised bacteria that help digest components of the floral pollen diet and produce molecules that likely promote health.

In the study published in PLOS Biology researchers uncovered which bugs perform specific digestive functions in its gut.

They did this by measuring the repertoire of simple chemical compounds, known as the ‘metabolome.’

They then compared those colonised with each bacterial species – both individually and in combination.

By this method, they identified what each contributes to the digestion and the various strategies they use to co-exist with each other.

In particular, they included several species of the Lactobacillus that digests specific plant compounds called flavonoids – abundant in pollen and especially good for humans.

Another, called Bifidobacterium asteroides, triggered the production of bee hormones that control the immune system and behaviour of its host.

The gut bacteria in bees and their pollen-rich diet are known contributors to honey bees’ health, and understanding the functions of the various bacteria could save whole colonies.

Since 2006, honey bees worldwide are being decimated by the spread of disease and excessive use of pesticides.

Lifting the lid on the internal bacteria and their role – helpful or harmful – sheds fresh light on honey bee biology broadly, and, specifically, in the digestive tract.

“The next step is to understand how these functions impact colony’s health so that one day we can apply our findings in bee hives.”