While night-time lighting is good for parasitoid wasps, who find food far more easily, aphid populations are decimated by them as they are so much more visible. 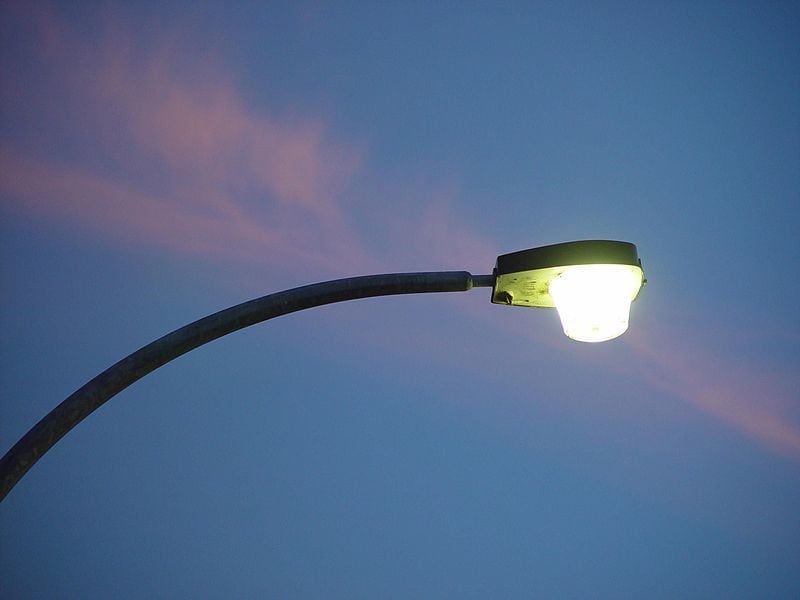 Streetlights have forced animals and plants to change their eating habits, scientists discovered.

While night-time lighting is good for parasitoid wasps, who find food far more easily, aphid populations are decimated by them as they are so much more visible.

Previous studies have shown that artificial lighting affects a wide variety of individual species, including many moths and bats, but this is the first time that food webs have been investigated.

By studying communities of plants, aphids and parasitoid wasps in the UK, University of Exeter scientists found the effects of night-time lighting changed depending on the brightness of the light.

At low levels of lighting wasps had a hunting advantage that meant they killed twice as many aphids.

But with brighter lighting, these wasps became distracted and flew away from the aphids – giving the tiny critters a better chance of not being eaten.

Dr Dirk Sanders, of the Environment and Sustainability Institute on the University of Exeter’s Penryn Campus in Cornwal, said: “We might have expected that any effect of artificial light would increase with the brightness of the light – but that isn’t what happened,” said Dr

“Under low light these wasps became far more efficient hunters, leading to a reduction in the number of aphids, but brighter lighting made them more and more distracted.

“This shows that even low lighting – the most common level of light pollution – can have a major impact.

The scientists, who carried out the study in Cornwall, chose aphids and parasitoid wasps because these are very common both in the British countryside and more widely.