He added that longer sentences would just allow ‘prisoners to radicalise each other and build greater resentment’. 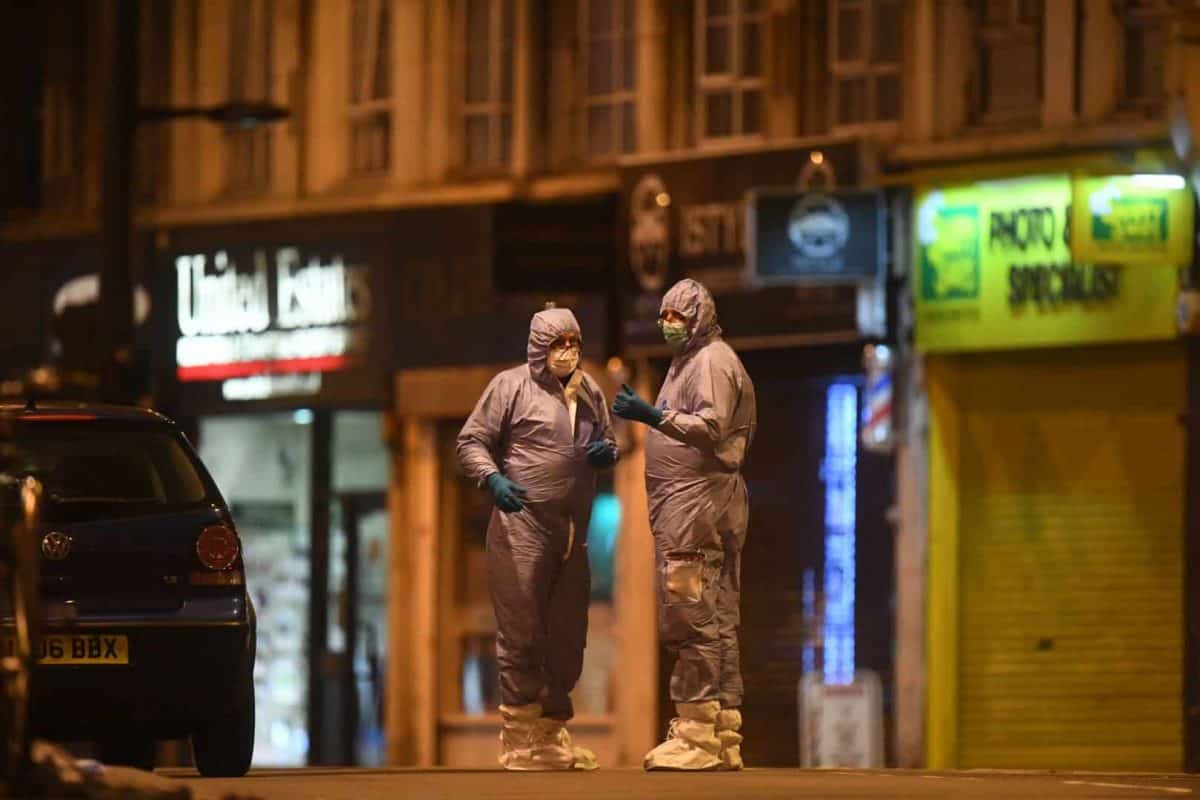 The father of London Bridge terror victim Jack Merritt has condemned the “ultimate failure of policy” that he believes led to the capital’s latest attack.

Convicted terrorist Sudesh Amman was shot dead by police in Streatham on Sunday after stabbing members of the public while wearing a fake suicide vest.

Amman, 20, was under police surveillance as he launched his attack, having been recently released half way through his three-and-a-half year prison sentence.

David Merritt, whose son Jack, 25, was murdered in December’s attack in central London, tweeted that the shooting dead of another terrorist was “the epitome of shutting the stable door after the horse has bolted”.

Jack was working as a course co-ordinator on a prisoner rehabilitation programme when he was killed and his father has urged politicians to resist harsher sentencing in the wake of his death.

However, after this weekend’s Streatham attack, Prime Minister Boris Johnson indicated again that he was planning far-reaching reform of the sentencing of terrorists.

He said in a speech: “This is a liberal country, it is a tolerant country, but I think the idea of automatic early release for people who obviously continue to pose a threat to the public has come to the end of its useful life.”

In response, Mr Merritt accused Downing Street of “trying to distract attention” from the fact the Conservatives had been in power for the past 10 years.

In a string of tweets, he said: “Longer sentences by themselves just = kicking the can down the road, allowing prisoners to radicalise each other & build greater resentment.

“Key has to be de-radicalisation, rehabilitation, supervision & diverting people from this path in the first place.

“Expect a suitable scapegoat to be found to carry the can for this; I can guarantee it won’t be a minister.

“Shooting people dead on the streets after they have carried out attacks is the epitome of shutting the stable door after the horse has bolted; the ultimate failure of policy.

“That is no criticism of the police; they do their jobs admirably, but it shouldn’t have come to this.”

The comments came as the mother of Amman described her son as a “nice, polite boy” who was radicalised while in the high-security Belmarsh prison.

Mr Johnson had already promised reform to ensure serious terror offenders served their whole sentences, after London Bridge killer Usman Khan’s attack was carried out while he was out on licence from prison.

However, the changes would not have applied to the Streatham attacker, who had been convicted of the less serious offence of possessing and distributing terrorist material.

On Monday Mr Johnson said: “We are bringing forward legislation to stop the system of automatic early release. The difficulty is how to apply retrospectively to the cohort of people who currently qualify.”