When an email arrives to your inbox inviting you to the opening of a restaurant in Paris, you usually accept. When it’s the restaurant serving Europe’s largest five-star hotel, owned by a family of hotel moguls, definitely so.  The area 9/10 The hotel in question is the Hôtel du Collectionneur and the family, the Cohens. […] 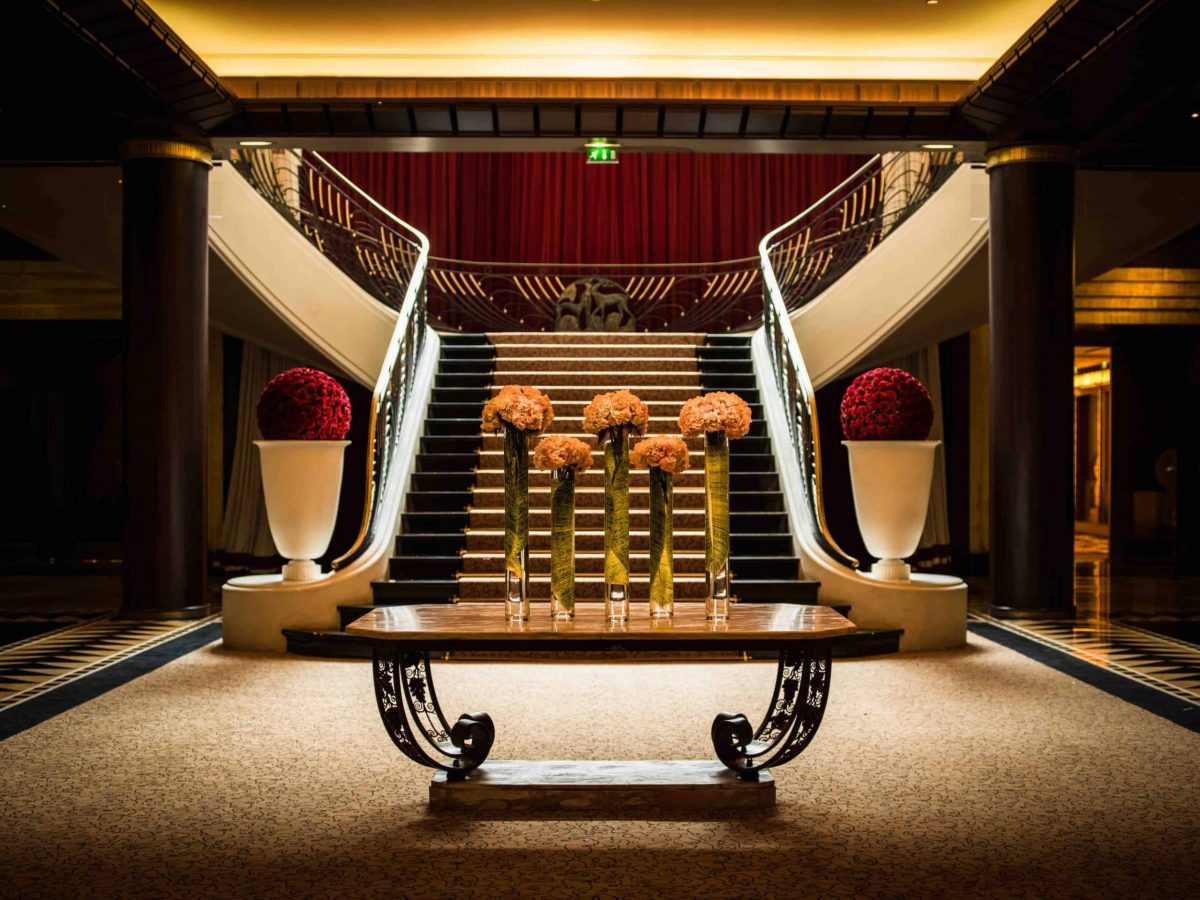 When an email arrives to your inbox inviting you to the opening of a restaurant in Paris, you usually accept. When it’s the restaurant serving Europe’s largest five-star hotel, owned by a family of hotel moguls, definitely so.

The hotel in question is the Hôtel du Collectionneur and the family, the Cohens. The Collectionneur, part of their Gate Collection portfolio, has been a fixture across from the Park Monceau since 1925, when it was designed by Jacques-Emile Ruhlmann for the Paris Universal Exhibition. The Eighth Arrondissement was historically the centre point for artists of all walks of life – Monet, Chopin, Proust, Zola, Maupassant and Baudelaire were some of the most well-known regulars.

Now, however, you’re more likely to see tourists milling around, as the Eighth is home to (technically a third of) the Arc de Triomphe, Place de la Concorde, the Élysée Palace and its adjoining avenue, the Champs-Élysées where fashion and luxury brands fall over themselves to win a prime spot. Surrounding streets seem to have the highest concentration of charming terrace cafés in the world. It’s truly one of the most atmospheric parts of any city in the world.

A particularly fascinating aspect of the Eighth is its organic architectural history, which reads like a map: the almost gratuitous stonework of neo-Louis XV building work; the big-budget extravagance of the ’30s; the clean, glass-fronted aesthetic of the ’60s. Buy a coffee and have a wander.

The Cohens have carried on the architectural legacy of the area, buying the hotel in 2013 and immediately redesigning the entire façade and interiors in art deco fashion, while keeping the spirit of the hotel’s elegant neighbours. The street-facing façade retains the aesthetic of Haussmann’s ambitious rebuilding of central Paris while bringing in a distinctly transatlantic flair, similar to the luxury ocean liners that used to make the journey across the sea to the New World.

Having amassed a huge collection of art, the hotel is the place for the Cohens to showcase it all, each room offering pieces from the collection. Rooms too have an air of the early 20th Century, dark reds and greens skirting granite tabletops and brass finishes. There’s a reason the hotel’s emblem is the magpie – opulence is the starting point once you step through the rotating doors. The ’30s decor lends itself perfectly to the area, the countless mansions once the domain of France’s great industrialists and bankers.

Artistic flair is evident throughout the property, nowhere more so than in the tall, expansive foyer, dominated by the hotel’s centrepiece art installation. While I was there, the emblematic magpie in a golden cage caught the eye, feathers flowing down towards guests, surrounded by subtly tropical flora. The installation changes every few months to represent Paris in the different seasons, and must be a monumental task to achieve – it’s certainly worth it, judging by the number of guests queueing for the perfect selfie.

Staff at Collectioneur are bang on the money. Perfectly polite but refreshingly warm, I felt welcome each time I set foot in a public area, despite the large numbers of businessmen and women shuffling through the reception and corridors to one of the many conference rooms available. The hotel is well-known as a hub for business meaning queues at reception can be a little long, but it’s the least you’d expect from Europe’s largest five-star hotel. And thankfully staff are aware of the problems to the extent that there’s usually someone hovering behind the queue to pick off any easy requests.

It’s the hotel’s namesake restaurant that was the main reason for my visit. Le Collectionneur is the brainchild of Andréa and Edouard Cohen, siblings with a passion for art and design. Having studied in Paris and London, Andréa is The Gate Collection’s artistic director, taking charge of the interiors of each property in the chain. Meanwhile, after graduating from the École Nationale Supérieure d’Architecture de Paris, Edouard took part in the construction of the Hôtel du Collectionneur, then led the restoration of his father’s first site, Les Jardins du Marais.

During the launch party, there was plenty of time to explore the restaurant space, spreading out across plenty of the hotel’s floor plan. 240 indoor seats and another 150 shared between three terraces (including the über-stylised central garden) gives plenty of dining options for guests. The menu, based on French gastronomy, also has an eye on global cuisine, especially the flavours of East Asia and Central America. Breakfast is a grand affair in the bright surroundings of the restaurant, seen in the clear light of day to have taken the art deco influence of the hotel (including a sparkling Ruinart bar installation) and added a little Bauhaus geometry.

Be sure to ask for a higher-storey tower view – I had absolutely had enough Champagne, but the temptation was too strong to raid the mini bar in my seventh-floor room and step out onto the terrace, the Eiffel Tower glittering, as it is prone to do, on the city’s dark horizon. A moment of pleasingly numb serenity, before the tower itself reminded me that I was due to hand in an article on the Paris-Dakar Rally in about seven hours and had got as far as the rally’s official website. I typed the last sentence a few minutes after dawn. Who would want to sleep through a view like that, anyway?