"I cannot believe Boris listens to Carrie anymore than he listens to me!", he said. 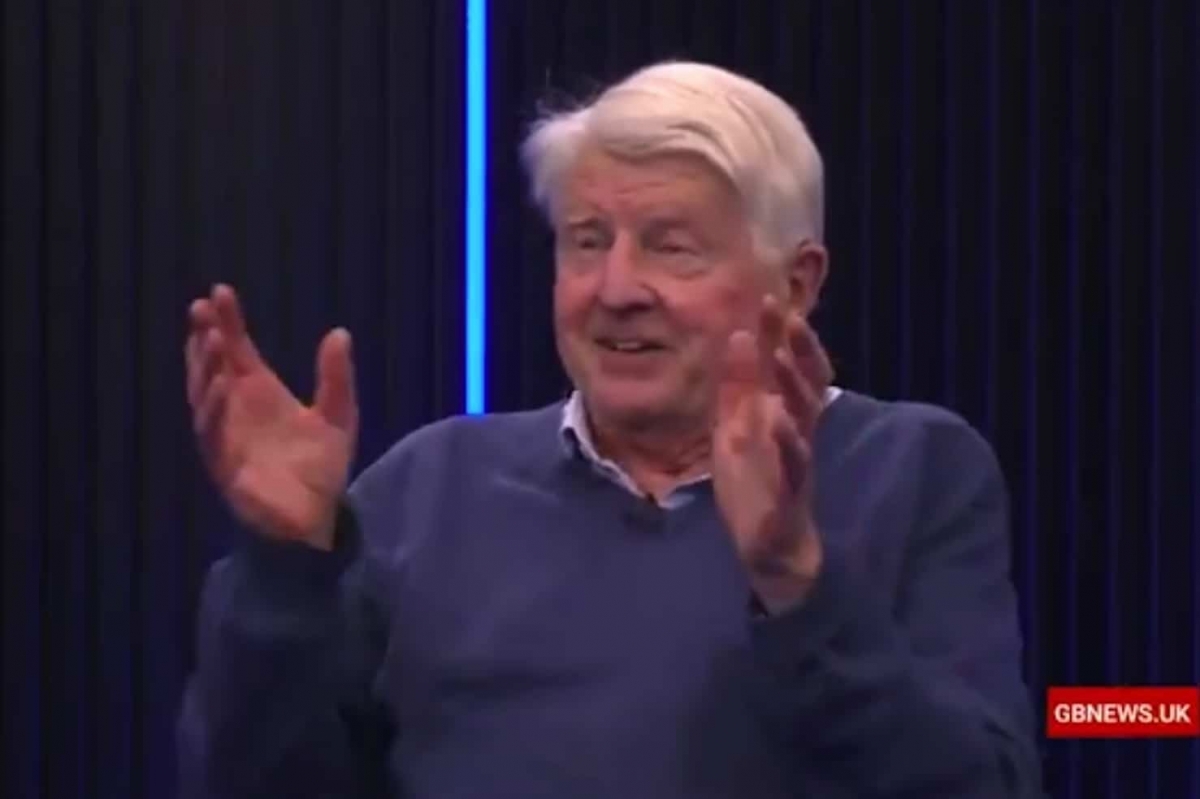 Stanley Johnson has urged his son to keep his wife “under control” in an interview on GB News last night.

Asked whether Carrie Johnson wields too much influence over her prime minister husband by Dan Wootton on Sunday’s edition of Tonight Live, he said:

“Having been married a couple of times (I know) wives do have an influence.

“You know, keep it under control, I mean, if a chap was to run his life entirely on the basis of what his wife told him!

“I cannot believe Boris listens to Carrie anymore than he listens to me!”

Stanley Johnson: "I cannot believe Boris listens to Carrie anymore than he listens to me!"

On Tonight Live, Dan Wootton asks the Prime Minister's father whether Boris is moving too far to the left. pic.twitter.com/SGe4WVkdEF

Ms Symonds first found herself making headlines when she was romantically linked to Mr Johnson, and has more recently been in the spotlight following the birth of their baby boy and rumours about her influence inside Number 10.

On April 29 last year, Ms Symonds gave birth to her first child, Wilfred, in the same month Mr Johnson was taken into hospital with coronavirus.

In 2021, Ms Symonds was appointed head of communications for animal conservation group the Aspinall Foundation, which is under investigation for “serious concerns” over its “governance and financial management” by the Charity Commission.

The Government watchdog said it began probing the foundation in July 2020 in relation to claims of “unauthorised trustee benefit”, but added the launch “is not a finding of wrongdoing”.

A spokesman for the charity, which has launched its own internal review led by independent specialists, said it was “firmly committed to its ethical and legal duties as a charitable body”.

Ms Symonds has also clashed with the Prime Minister’s former top aide Dominic Cummings, who alleged that she had distracted Mr Johnson from the pandemic by “going crackers” over “trivial” stories about them in the press.

Coronavirus – Thu May 14, 2020
Carrie Symonds has been accused of trying to influence Government hiring and appointments (Victoria Jones/PA)
Mr Cummings also accused her of trying to change appointments and get her friends jobs, and confirmed his resignation was “definitely connected” to this.

Tory think tank The Bow Group has also said an inquiry should look at Ms Symonds’ “possible influence” in Government hiring and appointments.

This came after two of her allies, Baroness Finn and Henry Newman, were appointed as key advisers in No 10.

The public relations expert had been in the so-called Westminster Bubble for most of her remarkably ascendant career, a high-point being made head of party PR aged just 29.

In 2018, PR Week listed her in its top 10 figures in political communications – second only to No10 chief Robbie Gibb.

Elsewhere in the interview, conducted on Father’s Day, Wootton told Mr Johnson his son should receive a huge bout of gratitude for rolling out the vaccine process so quickly.

This comment came as a result of a conversation about whether the UK’s independence from the EU had a part to play in the rollout.

The guest disagreed with the presenter that Brexit had an influence on the speed of the vaccine process.

“Your researchers will tell you, in fact, [it was] as open as any other member of the EU than us to do it,” the former politician explained.

“We decided to take up [the vaccines early], whereas others didn’t,” Mr Johnson told the GB news presenter.

Related: Votes for Chesham and Amersham MP while Tory Lords sneaked in ‘for life’