Sir Julian King told MPs that “data adequacy” for police was the “most significant, outstanding, unresolved issue” which had come out of the UK’s security agreement with the EU. 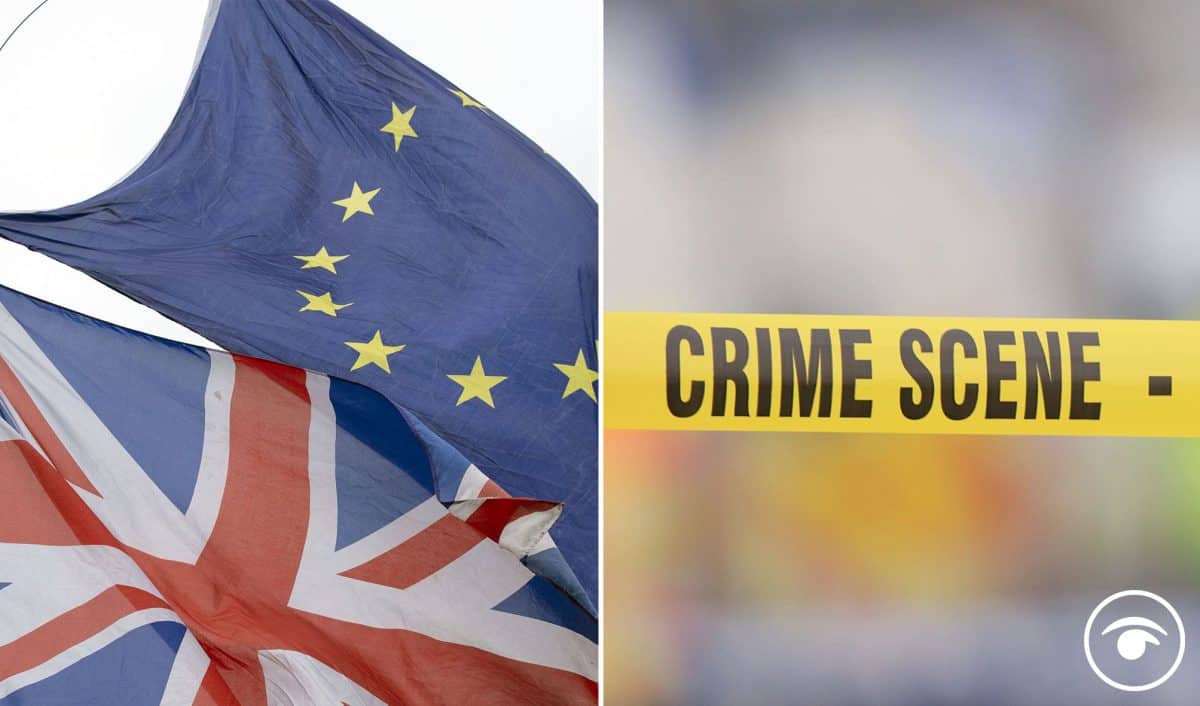 The biggest challenge facing law enforcement after Brexit is having to “plug the gap” left by losing access to a European criminal database, according to a former British diplomat.

Sir Julian King, ex-European commissioner for the security union, told MPs that “data adequacy” for police was the “most significant, outstanding, unresolved issue” which had come out of the UK’s security agreement with the EU.

Government officials have insisted the UK is not missing out on intelligence about wanted criminals after losing access to the European Union’s Schengen Information System II (SIS II) database of alerts about people and stolen items such as guns and cars, which it has been using since 2015.

As a result some 40,000 alerts on dangerous criminals and wanted suspects had to be deleted at the end of December when the UK left the EU.

British negotiators had sought to maintain access to the system as part of a deal, following concerns raised by police chiefs, but the EU said it was legally impossible to offer access to any country not in the Schengen area, including the UK.

Speaking to the Commons Home Affairs Committee on Wednesday, Sir Julian, who was in post between 2016 and 2019, said: “The biggest operational challenge is to plug the gap which has been left by the absence of access to the Schengen Information System.

“The most significant, outstanding, unresolved issue is the question of data adequacy and whether that decision is going to be positive.”

Last month police chiefs at the National Crime Agency (NCA) and the National Police Chiefs’ Council (NPCC) expressed confidence in the agreement, telling peers a “good deal” was in place after the end of the transition period which largely mirrored existing arrangements which they did not think, at this stage, left “gaps” in their ability to fight crime.

Now police and other law enforcement bodies are relying on receiving the same information through Interpol red notices – which, unlike SIS II, is not automated so entries must be uploaded manually once officers decide whether the information warrants being circulated.

At the time the Brexit deal was announced, Brussels said the UK would no longer have “direct, real time access” to sensitive information.

Home Office officials have insisted the arrangements will provide frontline officers with the tools they need to continue catching criminals.

Sir Julian suggested the new system should be successful because the EU and the UK have a shared interest in exchanging Interpol notices.

But he described this as an “extra effort” which needed to be encouraged, adding that the “next challenge” was to link Interpol databases to the Police National Computer system, used by frontline officers in the UK.

Setting out the advantages of SIS II, which was “automatically available effectively in real time” for officers to consult from their desks, he said: “At the moment that kind of automatic link all the way from the frontline through to this information is not there for the Interpol databases.

“So there is a challenge in the UK which I think they are very focused on and are pursuing, as I understand it, to make that information very quickly available to the Police National Computer and therefore to frontline officers.”

Sir Rob Wainwright, the former executive director of Europol from 2009-2018, told the committee that mitigating measures are not going to be quite as “instantaneous” as those the UK had access to in the past but there were other resources police could also draw on.

He later added: “We’ve clearly lost something we have depended on” but felt the agreement was “workable” and “better than we were expecting”.

Law enforcement “will just make it work in a way that will be pretty good,” he added.

If the UK Government “grabs the bull by the horns” and seizes the opportunity to “build a new age of security cooperation” then he was “confident” in the future, he said.