“It is certainly not isolated in one place, it has begun to spread to many places in England.” 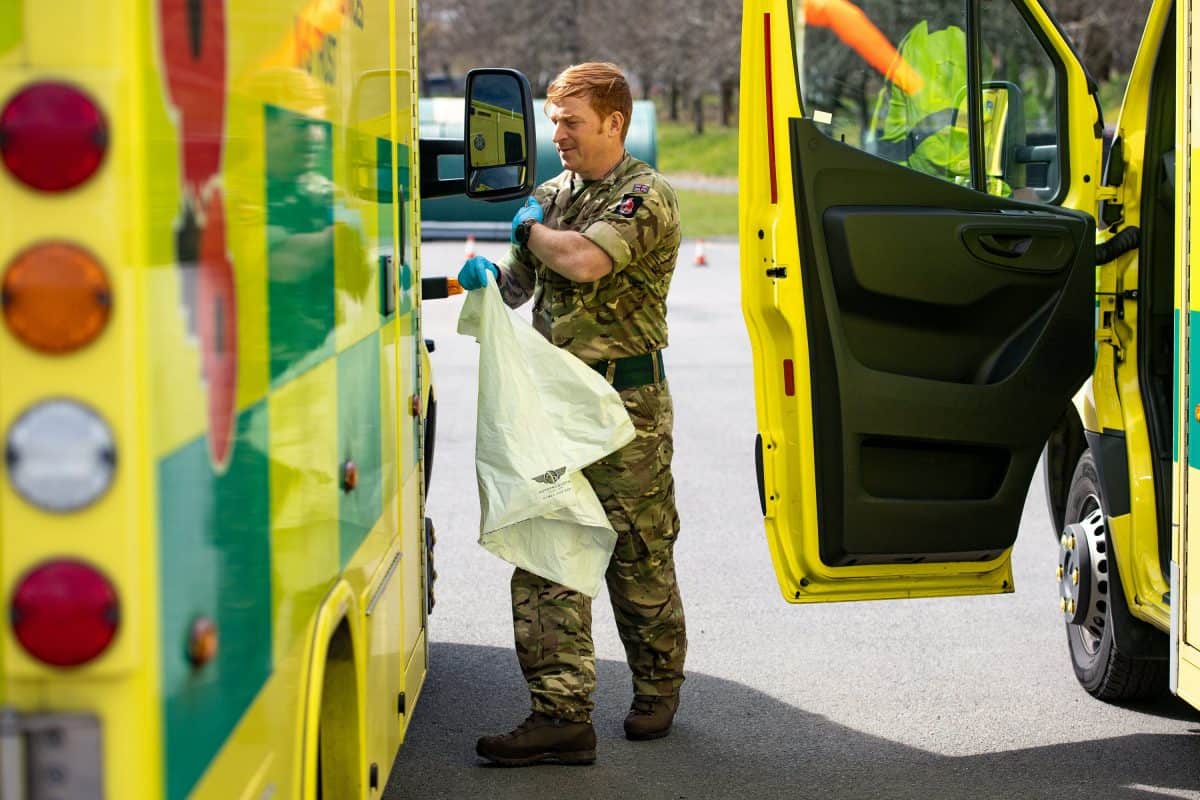 Soldiers from the British Army will again partner up with ambulance teams in Wales to help deal with the “extreme pressure” on their service during the coronavirus pandemic. It comes as Genomic researchers have found the new and more infectious variant of Covid-19 has already spread around the UK, with cases identified in Wales and Scotland.

The Welsh Ambulance Service said more than 90 soldiers will be re-enlisted to drive its vehicles from Wednesday to support teams responding to emergency callouts.

Wales was put into lockdown on Sunday with its latest seven-day Covid-19 case rate now at 623 cases per 100,000 people and rising, putting increased strain on the country’s health services.

Soldiers previously answered the call to back up ambulance teams in April during he first wave of the virus as part of the Ministry of Defence’s 20,000-strong Covid Response Force, set up to put service personnel and reservists on standby to support public services in response to the pandemic.

Although unable to travel under blue lights to emergencies, their duties will include driving ambulances, lifting and handling patients and assisting paramedics with non-clinical tasks, allowing teams to split up and spread their resources across their fleet.

Among the members of the armed forces linking up with ambulance teams will be soldiers from 9 Regiment Royal Logistics Corps, who have been undergoing training for deployment at their headquarters in Chippenham, Wiltshire.

On Tuesday, the ambulance service’s chief executive Jason Killens said: “The extreme pressure on our ambulance service in the last couple of weeks has been well documented, and it’s why we’ve taken the decision to re-enlist the military, who did a superb job of assisting us earlier in the year.

“Winter is our busiest period, and with the second wave of a global pandemic also to contend with, this is about bolstering our capacity as far we can and putting us in the best possible position to provide a safe service to the people of Wales.”

Genomic researchers have found the new and more infectious variant of Covid-19 has already spread around the UK, with cases identified in Wales and Scotland.

The Covid-19 Genomics UK (COG-UK) consortium sampled cases around the UK and found the variant is also in the South West, Midlands and North of England, areas that are under Tier 2 and 3 restrictions.

Jeffrey Barrett, lead Covid-19 statistical geneticist at COG-UK, warned there was a lag in the sequence data being sampled, so the most recent data was from the first week of December when England came out of the second national lockdown.

At a Science Media Centre briefing on Tuesday, he said: “They’re relatively small numbers but I think it is important to be aware that it is certainly not the case that this is just completely geographically constrained to what is the current Tier 4 area.”

The new variant led to London and parts of southern and eastern England being rushed into the new Tier 4 regime at the weekend, effectively cancelling Christmas plans and imposing measures similar to previous national lockdowns.

Dr Barrett said more up-to-date data from community testing also found one of the mutations of this variant.

He said: “It shows essentially the same picture, that the variant is present in very many different places in England.

“It is certainly not isolated in one place, it has begun to spread to many places in England.”