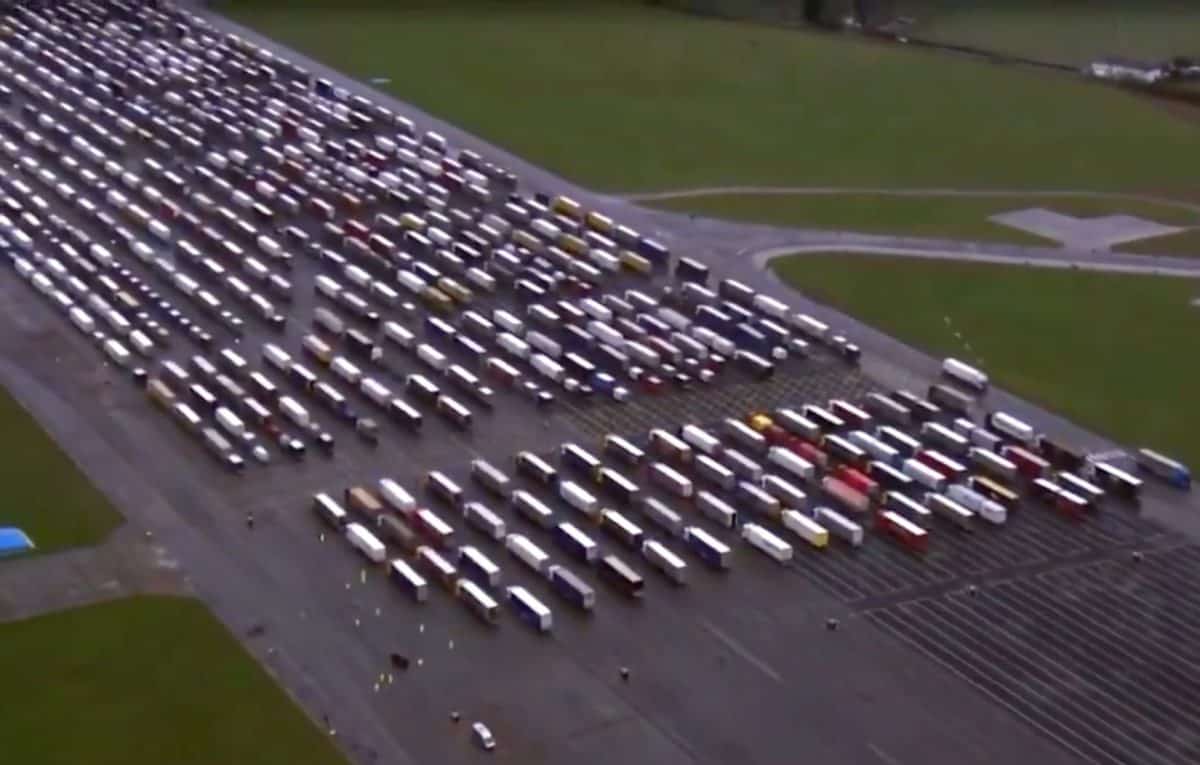 Aerial footage has emerged showing vast numbers of lorries lined up at Manston airport amid the border shutdown.

Operation Brock- a traffic management system which had been readied for use in the event of a no-deal Brexit – was activated by the government overnight following temporary closures at the French border.

Lorries were directed to the disused airport while huge sections of the M20 were closed to install a concrete barrier in the middle of the London-bound carriageway.

This allows traffic to flow both ways on the M20 while keeping the coast-bound side available for queueing lorries.

Boris Johnson, the prime minister, claimed at a Downing Street press conference last night that there were just 170 lorries stranded on the motorway, but that number is expected to be nearly 1,500 in actuality.

Highways England said that Kent Police had revealed there were 900 lorries parked on the motorway as of 6pm on Monday night, under an hour after Johnson’s press conference began.

“It’s vital first to stress that these delays which are currently affecting Dover only affect 20 per cent of total arriving or departing to the European continent,” Johnson said, “which means the vast majority of food, medicines and other supplies are coming and going as normal.”

But the prime minister did not mention that the Eurotunnel is also closed – meaning a significantly higher proportion of supplies coming from Europe is impacted.

Home Secretary Priti Patel this morning confirmed on Tuesday morning that 650 lorries are still stuck on the M20 – while a further 800 are parked up elsewhere, with drivers facing a third night sleeping in their cabs.