The operation is believed to be the second biggest of its kind by the National Crime Agency in recent years. 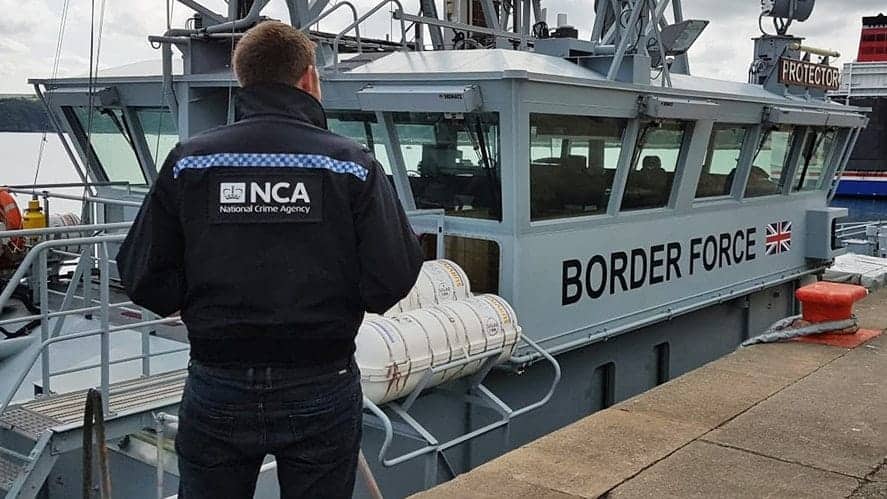 Six people have been arrested after cocaine believed to have an estimated street value of £60 million was seized on a yacht off the Welsh coast.

Investigators with the National Crime Agency searched the vessel at Fishguard port in Pembrokeshire, in what is believed to be one of the biggest drugs busts carried out by them in recent years.

The operation, which took place on Tuesday morning, is the result of a “long-term” investigation by the NCA into an alleged organised crime group allegedly importing class A drugs into the UK from South America.

Packages of cocaine weighing more than 550lb (250kg) had been recovered by midday on Wednesday, but investigators believe there was an additional 1,102lb (500kg) still on board.

Two men, aged 41 and 53, both British nationals, were arrested on the yacht and were being held in custody on Wednesday afternoon and have yet to be charged.

Four other people – three men, aged, 23, 31 and 47, and a 30-year-old woman, were arrested in Liverpool and Loughborough, and have been released on bail until late September.

Craig Naylor, deputy director of investigations for the NCA, told the PA news agency he believed the drugs bust was their second biggest in recent history.

“The NCA, working with border force, working with other partners, are regularly seizing, arresting, and convicting people for these sort of offences, but usually for 10kg-20kg (22lb-44lb) amounts.

“Certainly in my recollection this is the second biggest seizure that the NCA has had in recent years.”

Mr Naylor said the UK had seen a rise in violence and drug-related crimes including county lines trafficking in the last “three to four years”, and Tuesday’s seizure was part of a “frontline defence” by the NCA to tackle the supply of drugs into the country which fuelled the criminality.

Steve Whitton, deputy director of the Border Force’s Maritime Command, said: “This is a major seizure and a testament to the multi-agency approach we take to secure the UK’s border and territorial waters.

“Our collaboration with the NCA, combined with excellent work from the crew of HMC Protector and officers from our specialist deep rummage team ensured that the sailing yacht Atrevido’s cargo did not reach its intended destination.

“Working together, we will continue to do all we can to put the organised crime groups involved in drug smuggling before the courts.”