by Joe Mellor
in Fashion, Lifestyle 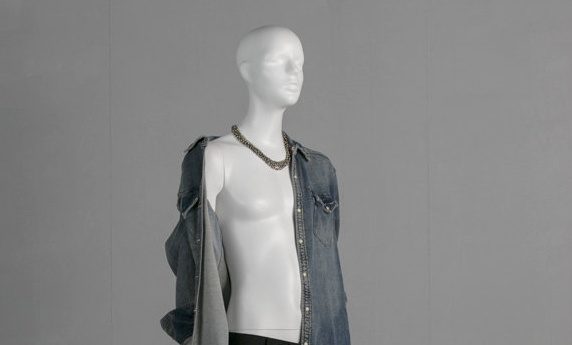 The models were created by The Retail Factory in response to the growing trend among fashion labels for unisex clothing ranges.

Retailers such as John Lewis, Abercrombie and Fitch, H&M, Next and Zara already supply gender-neutral clothing lines, but there is no specific way to display them.

Some shops use gendered mannequins, whilst others dispense with mannequins altogether – neither of which are ideal solutions in a retail environment.

The company, based in Bingley, West Yorks., will be the sole UK supplier of these world exclusive ungendered mannequins.

They are designed specifically to display clothing aimed at both men and women, as well as shoppers who are gender-fluid, non-binary and gender-nonconformists.

The new mannequin has measurements sized in between the standard male and female mannequins.

They have a smaller breast – or pecs – than the female form, and are smooth between the legs.

Gemma said: “The best way I can describe them is to say they are sized inbetween the male and female mannequins, with body parts, such as shoulders, smaller than males but larger than females.”

Gemma describes the gender-neutral mannequin as her “baby” and said: “It took 10 months in planning, design and creation working with designers and sculptor before sending the finished mould into production which can take up to three months.”

The result of this hard work is The Retail Factory’s world exclusive gender-neutral mannequin, which will help keep retailers across the UK ahead of the curve with one of the most important and exciting fashion industry trends in decades.

The Retail Factory launched in 2006 and is now the UK’s number one destination for retail and office supplies.

They supply mannequins to retailers, which cost from around £75 for economy models to over £400 for premium versions.

They supply male, females and children in various styles and poses.