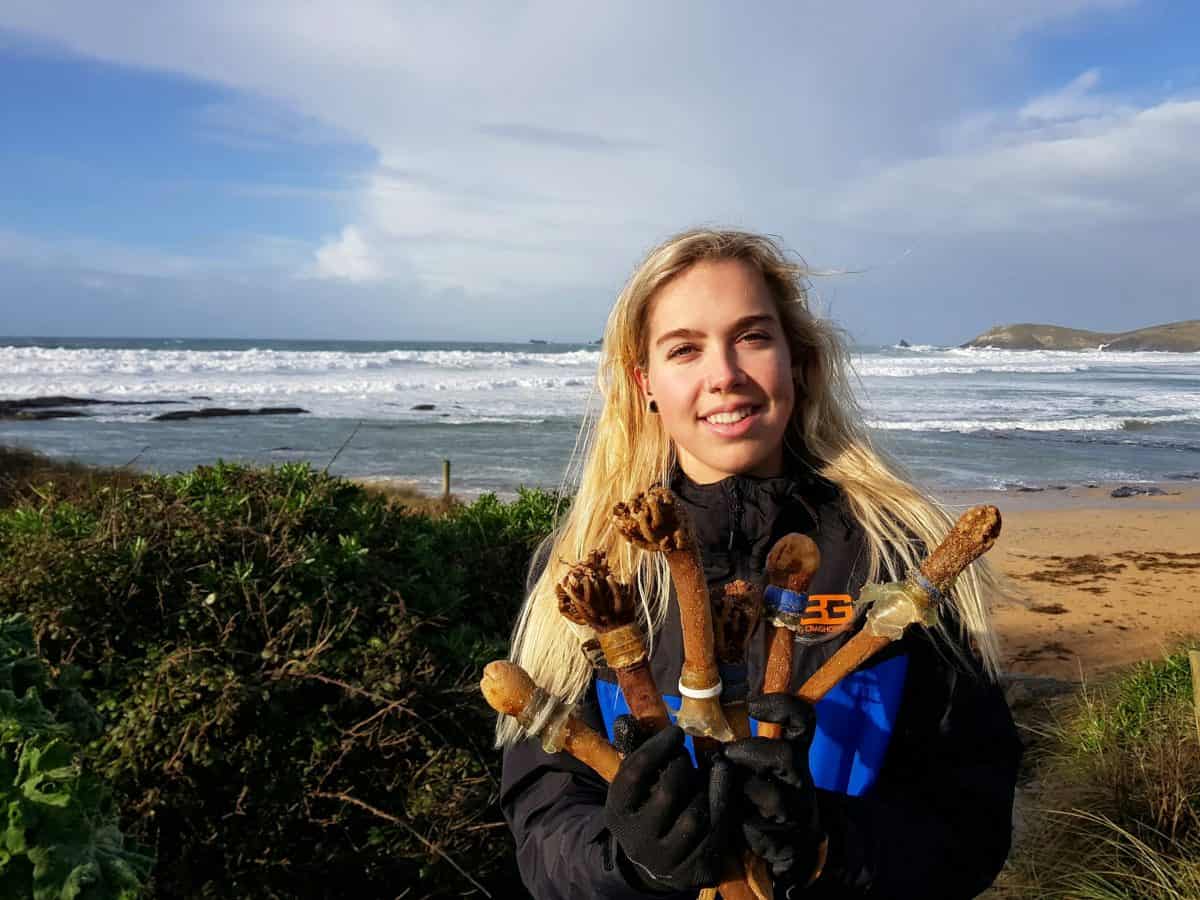 These shocking pictures reveal how seaweed off the British coast is growing THROUGH plastic bottle caps discarded in the water.

The fast growing sea kelp – typically home to hundreds of different sea creatures – was washed up on a beach during a recent storm.

But a beach cleaning team who found several of them on the shore said they were shocked to discover bottle ‘necks’ strangling them.

Father and daughter duo Rob and Emily Stevenson, who run the Beach Guardian initiative, were at Constantine Bay, near Padstow, Cornwall, when they found the kelp stripes.

They expected to find plastic among them, but they soon realised that the kelp had made its way through it – with bottle caps restricting their growth.

Rob, 51, of Padstow, Cornwall, said: “We did ten beach cleans over Christmas and on this particular occasion there had been a massive storm the night before.

“The weather had disturbed the kelp beds and the waves had brought the stripes up and planted them on the beach.

“The volunteers usually pick out plastic from the kelp, but we soon realised that the kelp had grown through the plastic bottle caps – the most resilient bit of discarded bottles.”

Rob said that when plastic bottles are thrown into the sea, they become brittle and break apart – but the caps and bottle tops usually remain intact.

He said that the caps and bottle tops then float around and become an issue for wildlife, including seaweed.

Rob said: “Kelp grows really quickly, sometimes up to two feet per day. We were shocked to see that they had grown through the plastic bottle tops.

“When it grows through them the kelp becomes restricted. Does it kill them? I don’t know, but it certainly can’t help.

“More research needs to be done, this clearly shows the consequences of single use plastics and the impact they have on the environment.”

Kelp typically grows on underwater rocks and have no roots. Instead, they attach to rocks with tough, branched holdfasts.

The sheltered nooks and crannies of a kelp holdfast are typically home to between 30 and 70 different species – and many hundreds of individual animals.

The most common include worms, brittle stars, amphipods, molluscs, anemones and sea squirts.

Emily said: “To find so many of these on one beach clean is incredible but also very concerning. We have found so many pieces of plastic bottles on our beach clean, but to then see these bottle ‘necks’ literally strangling the kelp stipes is very worrying.”