GMB said the health service is "on its knees" after the results were released- and it’s a "direct result of a decade of Conservative Government". 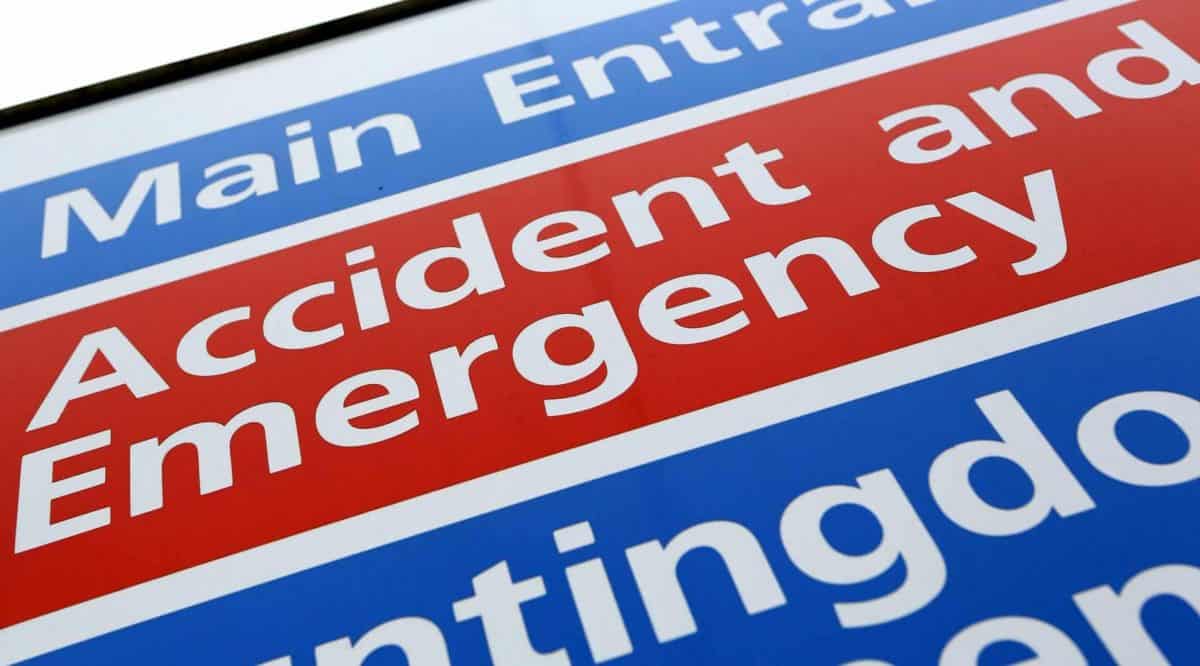 Union GMB has blamed the ‘worst ever’ A&E results on record on a “decade of Conservative government” today.

NHS accident and emergency departments in England recorded their lowest-ever performance in December.

The latest figures show 79.8 per cent of patients were seen within four hours in all A&E departments last month, compared with 81.4 per cent in November 2019 and 86.5 per cent in December 2018.

Our health service is on its knees

Rachel Harrison, GMB National Officer, said our health service is “on its knees”  after the results were released.

She added: “The Tories look likely to be in charge for another five years and we have to make sure the NHS survives their tenure.

“Vague promises and lies about new hospitals are not going to help.

“Our NHS needs a proper rescue plan, an urgent injection of money and a proper pay rise for workers”.

The NHS experienced its busiest month on record in December with an unprecedented number of A&E attendances and ambulance call-outs.

Attendances at A&E throughout 2019 were up almost 5 per cent on 2018, and rose 14.2 per cent within three years, according to NHS England.

Its monthly performance statistics show there were 2,181,024 attendances in December – a 6.5 per cent rise from the same time the previous year.

This resulted in 4,307 extra attendances per day – the highest number on record.

Ambulances attended 790,294 incidents in December, which also made it the busiest month on record and it was a 5.3 per cent increase from the same month the previous year.

Some 10,000 of these call-outs were to the most serious, life-threatening cases – again the highest number recorded in a month and a rise of 16.6 per cent from the previous year.

Professor Stephen Powis, NHS medical director, said: “A&Es across the country are currently very busy – in 2019 we treated over a million more patients in our A&Es than the previous year.

“We have got more hospital beds open than last winter, but flu has come early and is around twice as high as this time last year.

“For the public there is still time to get your flu jab, and remember to use the free NHS 111 phone and online service and your local pharmacist.

“The continued increase in people’s need for care underlines the need for more beds and staff across hospital and community services, which is why the Government’s commitment to increase the number of nurses by 50,000 and invest in new and expanded facilities will be crucial over the coming years.”