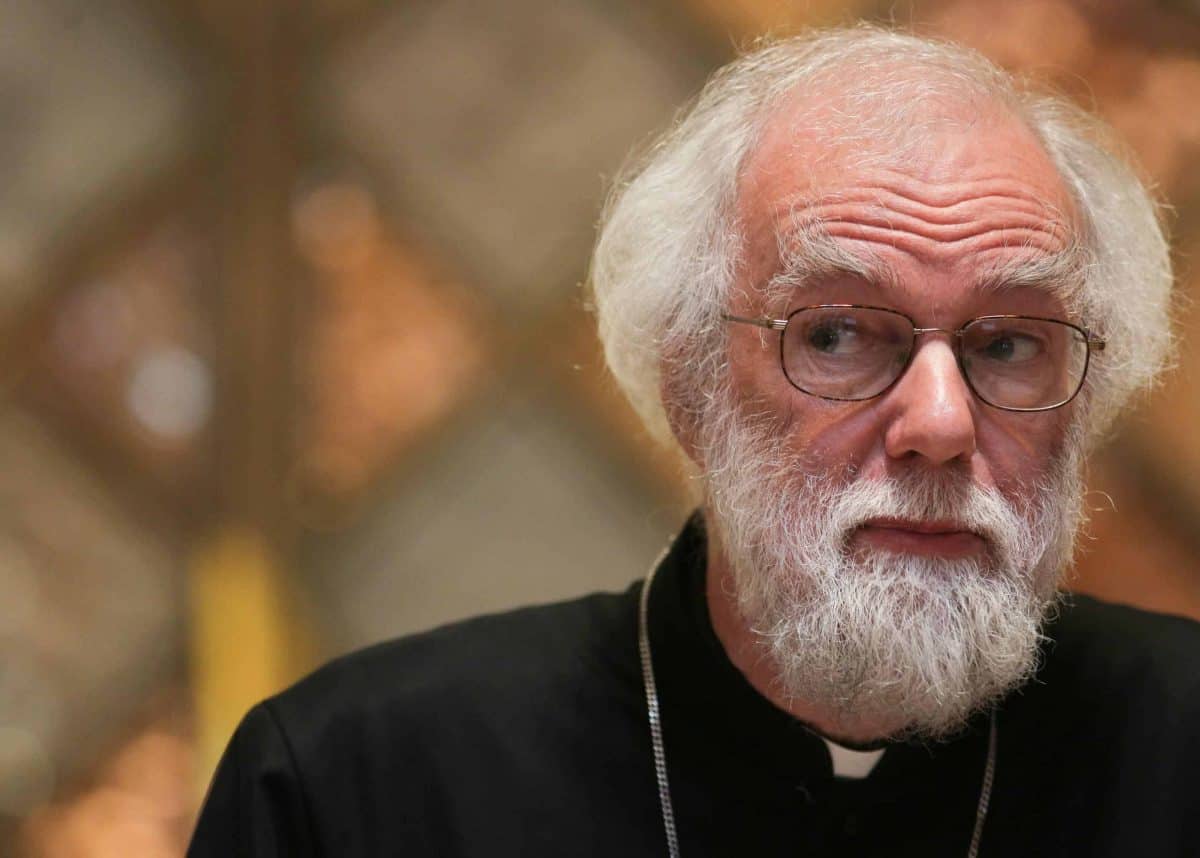 The environment is the “largest challenge” ever faced by humanity, former Archbishop of Canterbury Rowan Williams has warned.

Lord Williams of Oystermouth, 69, said the issue is “everyone’s problem” and legislation alone cannot fix it.

In an interview with BBC Radio 4’s Today programme, he also criticises echo chambers on both sides of the political debate.

“Arguably the largest challenge ever to the human race is the shape of an environmental challenge,” he told artist Grayson Perry, who guest edits Today on Boxing Day.

“It’s also not something legislation alone can cure.”

Lord Williams spoke out about the “sinister feeling that this must be some kind of conspiracy”.

The belief that “climate change has been invented by communists, illuminati or some sort of other mysterious group who are determined to undermine who were are. That’s something I worry about,” he said.

“The idea that there are people who believe climate change is a huge confidence trick.”

The former Archbishop of Canterbury, who held the post from 2002 to 2012, criticised an “echo chamber” in thinking, saying “we speak to people who mirror back what we think”.

And he said both the ideologies of the Left and Right will not be able to deal alone with the fact “that we are vulnerable as a human race”.

Lord Williams criticised “myths” on both sides in the run-up to the general election.

He told Today: “Broadly on the Conservative side, there’s an assumption still that most of our ills are caused by something coming in from outside.

“There is a sort of integrity to our national identity, culture, that left to itself would find a sensible just balance – ‘unfortunately the rest of the world keeps interfering’ – it’s a very strong myth, a very compelling myth.

“Equally, a bog standard left wing myth would be – ‘it is possible to resolve all these questions once and for all, we can impose a just society, we can legislate justice into being, we can almost make tragedy and misunderstanding impossible, we’ll finish the job’ – and that is just as much of a myth.”

Lord Williams is one of five people who takes over Today during the Christmas and New Year period, including environmental activist Greta Thunberg and outgoing Supreme Court president Lady Hale.