"This is probably the greatest act of violence against the environment I've ever witnessed... " 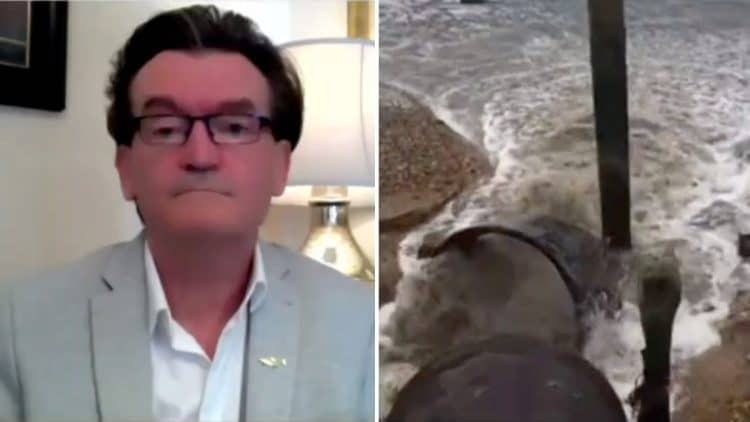 Former rockstar Feargal Sharkey has continued his crusade to clean up Britain’s waterways with a blistering take-down of the government’s response to the sewage crisis.

The Liberal Democrats this week branded the Conservative’s plan to stop sewage leaks “a cruel joke” after an analysis of the proposal showed that by 2030, there will still be 325,000 sewage dumps a year on Britain’s beaches, as well as in lakes, rivers and chalk streams.

Tim Farron said: “This Government plan is a licence to pump sewage onto our beaches and in our treasured rivers and lakes. By the time these flimsy targets come into effect, our beaches would have been pumped full of disgusting sewage, more otters will be poisoned, and our children will still be swimming in dangerous water.

“This is a cruel joke. The Government is going to hike water bills to pay for cleaning up the mess made by water companies. The same companies who awarded their executives multi-million pound bonuses this year and paid out over £1 billion to their shareholders. Whilst they roll in the cash, we swim in sewage. The whole thing stinks.”

Speaking on BBC News this weekend, the former lead singer of The Undertones, Feargal Sharkey, also hit out at the government’s plans, which he described as the “greatest act of violence against the environment” he has ever witnessed.

Watch his furious take-down in full below: