She will reportedly be replaced by Suella Braverman. 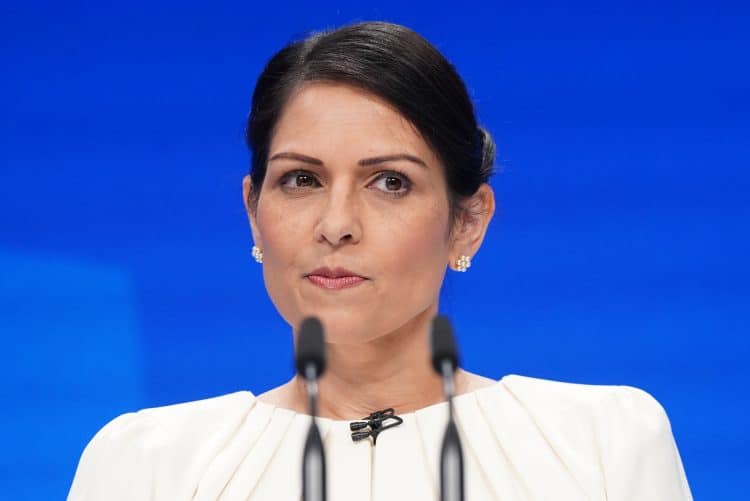 Priti Patel could be out of a job if Liz Truss is elected leader of the Conservative Party.

According to the Telegraph, Truss will wield the axe if she becomes prime minister and cull a number of big Tory names from the cabinet.

Deputy prime minister Dominic Raab will likely be cut, as will Steve Barclay, George Eustice, the environment secretary, and Mark Spencer, the leader of the House of Commons.

Former chancellor Rishi Sunak, who has been competing with Ms Truss in a bad-tempered rivalry to replace Boris Johnson, will also not be invited into her new cabinet, the newspaper reported.

In news that many people may celebrate, the list of culled MPs might also include Priti Patel, who has presided over the government’s disastrous Rwanda policy as home secretary.

She will reportedly be replaced by Suella Braverman, much to the chagrin of Patle.

An ally of the home secretary told The Telegraph: “She wants to stay at the Home Office and at the moment she isn’t really interested in another role, because she wants to finish the work she started.

“This is going to be a government that will be fighting battles on all fronts and it needs people who can put out fires elsewhere so it can concentrate on the economy and the cost of living crisis.

“Priti Patel’s political skills should not be underestimated and there should be room for her in the next cabinet.”