It comes after the Duke of York settled a case brought by Virginia Giuffre in the city for a reported £12 million. 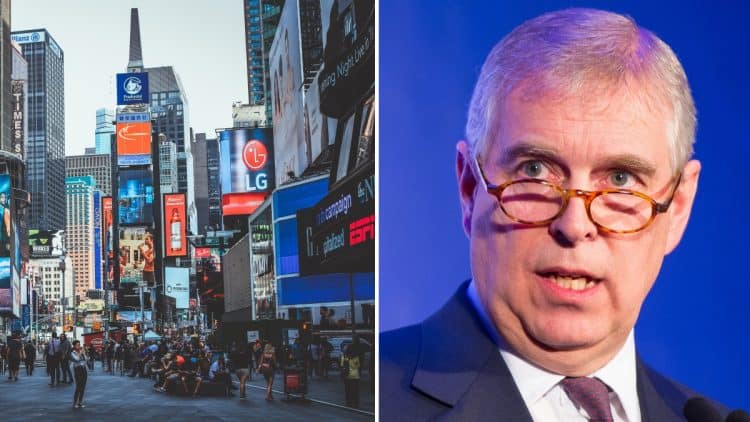 A New York-based storage company has been making the rounds on social media after they launched a billboard ad campaign featuring the Duke of York.

‘Manhattan mini storage’, which is known for its funny, eye-catching advertisements, unveiled its latest campaign with sightings made across the city.

“Safe, Secure, Protected, with minimal charges. Just like Prince Andrew,” one reads, poking fun at the court case brought against the Duke by Virginia Giuffre.

Andrew denied Giuffre’s claims, but reportedly paid as much as £12 million to settle the case.

Many of them include trendy words or topics like ‘ghosting’, ‘furries’, dating profiles, and more.

“Storage Tip: Don’t show them your fursuit until they show you theirs,” one of the advertisements reads.

One of their billboards used during Pride Month made a play on pronouns. A video of the billboard taken by Cameron Sackett went viral on TikTok.