As dinosaurs changed into birds millions of years ago their skull and brains moved in tandem, scientists have revealed for the first time. They tracked the link between the brain’s development and the roofing bones of the skull. The team from Yale University, led by co-senior author assistant professor of geology and geophysics Dr Bhart-Anjan […] 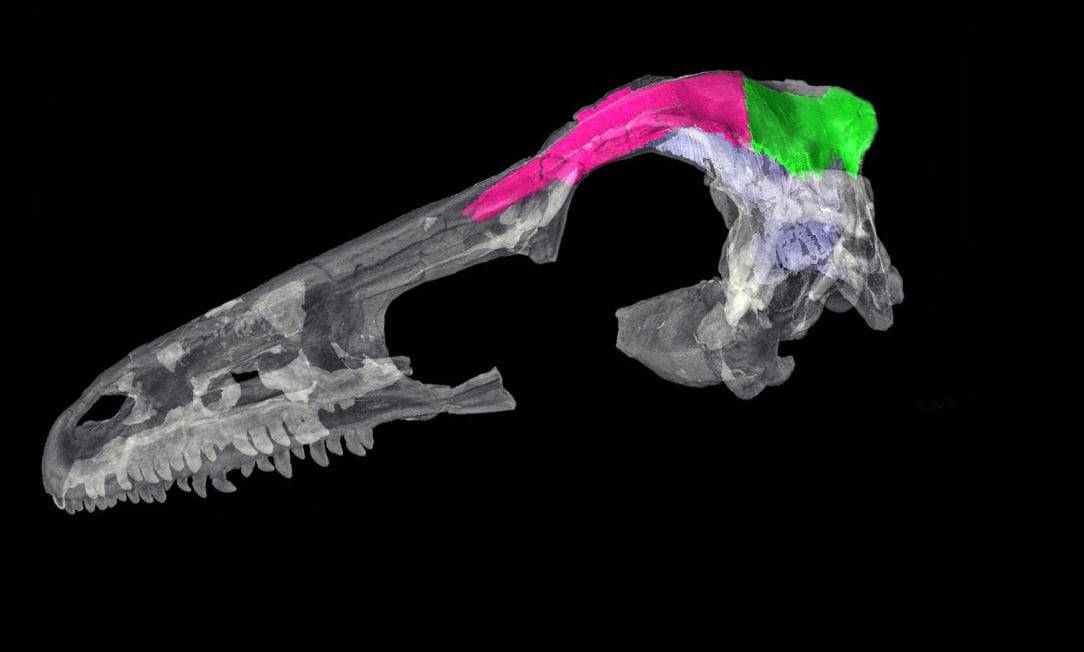 As dinosaurs changed into birds millions of years ago their skull and brains moved in tandem, scientists have revealed for the first time.

They tracked the link between the brain’s development and the roofing bones of the skull.

The team from Yale University, led by co-senior author assistant professor of geology and geophysics Dr Bhart-Anjan Singh Bhullar, found important changes in the skull roof of reptiles which showed the brain and skull were developmentally related.

Prof Bhullar who is also assistant curator of vertebrate paleontology and zoology at the Peabody Museum of Natural History, said: “Across the dinosaur-bird transition, the skull transforms enormously and the brain enlarges.

“We were surprised that no one had directly addressed the idea that the underlying parts of the brain – the fore-brain and mid-brain – are correlated or somehow developmentally related to the overlying frontal and parietal bones.”

Although previous studies have shown a general relationship between the brain and skull, associations between specific regions of the brain and individual elements of the skull roof have remained unclear.

Prof Bhullar and his colleagues traced the evolution of brain and skull shape throughout the whole lineage from reptiles to birds.

They discovered that most reptile brains and skulls were markedly similar to each other.

It was the dinosaurs most closely related to birds, as well as birds themselves, that were divergent, with enlarged brains and skulls ballooning out around them.

Prof Bhullar added: “We found a clear relationship between the frontal bones and fore-brain and the parietal bones and mid-brain.

“The researchers confirmed this finding by looking at embryos of lizards, alligators, and birds using a new contrast-stained CT scanning technique.

“We suggest that this relationship is found across all vertebrates with bony skulls and indicates a deep developmental relationship between the brain and the skull roof.

“What this implies is that the brain produces molecular signals that instruct the skeleton to form around it, although we understand relatively little about the precise nature of that patterning.

“Ultimately, one of the important messages here is that evolution is simpler and more elegant than it seems.

“Multiple seemingly disparate changes — for instance to the brain and skull — could actually have one underlying cause and represent only a single, manifold transformation.”

The findings appear in the latest edition of the journal Nature Ecology and Evolution.