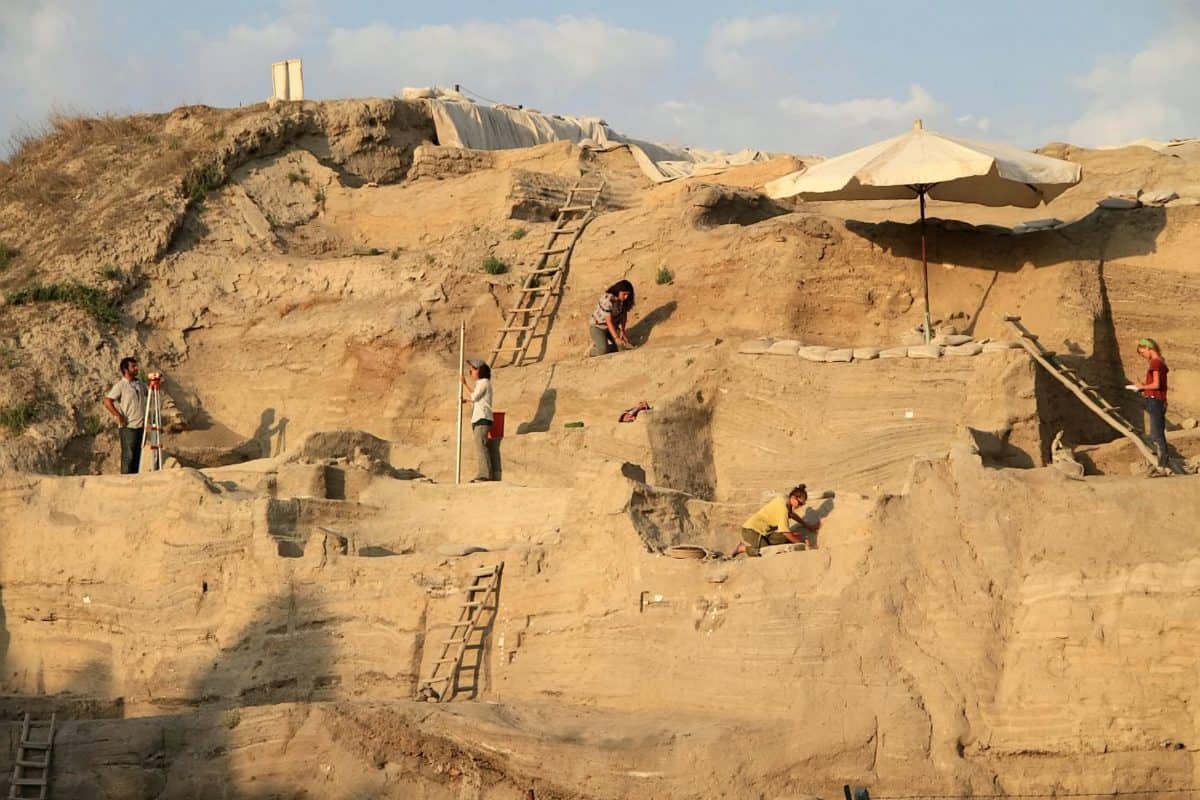 When humans moved from hunter gatherers to farmers can be dated from traces of urine left behind by their animals, a new study found.

The study was the first to pinpoint the “crucial turning point in the history of humanity” when the global population became animal herders.

People began herding and farming smaller groups of livestock instead of hunting large groups of wild animals around 10,000 years ago, a team of American, German and Turkish researchers said.

And they found the answer in the remains of human and animal waste dating back to 8450 BC – called urine salts.

Lead author and graduate student Jordan Abell at Columbia’s Lamont-Doherty Earth Observatory in New Yorksaid: “This is the first time to our knowledge that people have picked up on salts in archaeological materials and used them in a way to look at the development of animal management.”

The team focused their research on the arid and ancient settlement of Aşıklı Höyük in central Turkey, which contains little bone and dung fragments but plenty of preserved urine salts.

Mr Abell said: “We thought, well, humans and animals pee, and when they pee, they release a bunch of salt.

“At a dry place like this, we didn’t think salts would be washed away and redistributed.”

Archaeological evidence suggests humans in the area began domesticating sheep and goats around 10,000 years ago.

Researchers analysed the urine salts to calculate the density of humans and animals at the site over time.

They estimated the ancient settlement’s population jumped from near zero to one person or animal for every 10 square meters 10,000 years ago – suggesting domestication was more rapid than academics previously thought.

It is believed the society took a further 1,000 years to become fully dependent on livestock for food rather than hunting trips.

But the study has revealed that the hoards of salt are from the preserved urine of humans and livestock.

It was discovered that the urine salts at the historic site increased in abundance over the 1,000 year period – with the oldest layers dating back to 10,000 years ago containing very low levels.

But levels of urine salt spiked between 300 years later and contained 1,000 times more salt than preceding layers, suggesting a time of rapid intensification of food production.

Mr Abell believes the settlement first transitioned from hunting livestock to herding a small group before changing to larger-scale management and finally keeping animals in farm-like enclosures on the outskirts of the site.

He said the sharp change around 10,000 years ago “may be new evidence for a more rapid transition” toward domestication than previously believed.

The team calculated that an average of 1,790 people and animals lived and urinated on the settlement every day – a much higher number than expected.

Researchers argue that this number reflects the increased domestication of animals over time.

The results published in the journal Science Advances can be applied to other arid areas which are usually difficult to study because of the lack of physical evidence such as bones.

Researchers believe the study could shed light on the geographic spread of the Neolithic Revolution, also known as the First Agricultural Revolution.

It is widely believed that farming and herding originated in the Middle East – but further studies could reveal that a similar method was happening elsewhere during the same period.

Anthropologist and co-author Professor Dr Mary Stiner from the University of Arizona said: “We might find similar trends in other archaeological sites of the period in the Middle East.

“But it is also possible that only a handful of long-lasting communities were forums for the evolving human-caprine relationships in any given region of the Middle East.”

It is not currently possible to distinguish between human and livestock urine salts but the team plan to discover a method to uncover the difference.