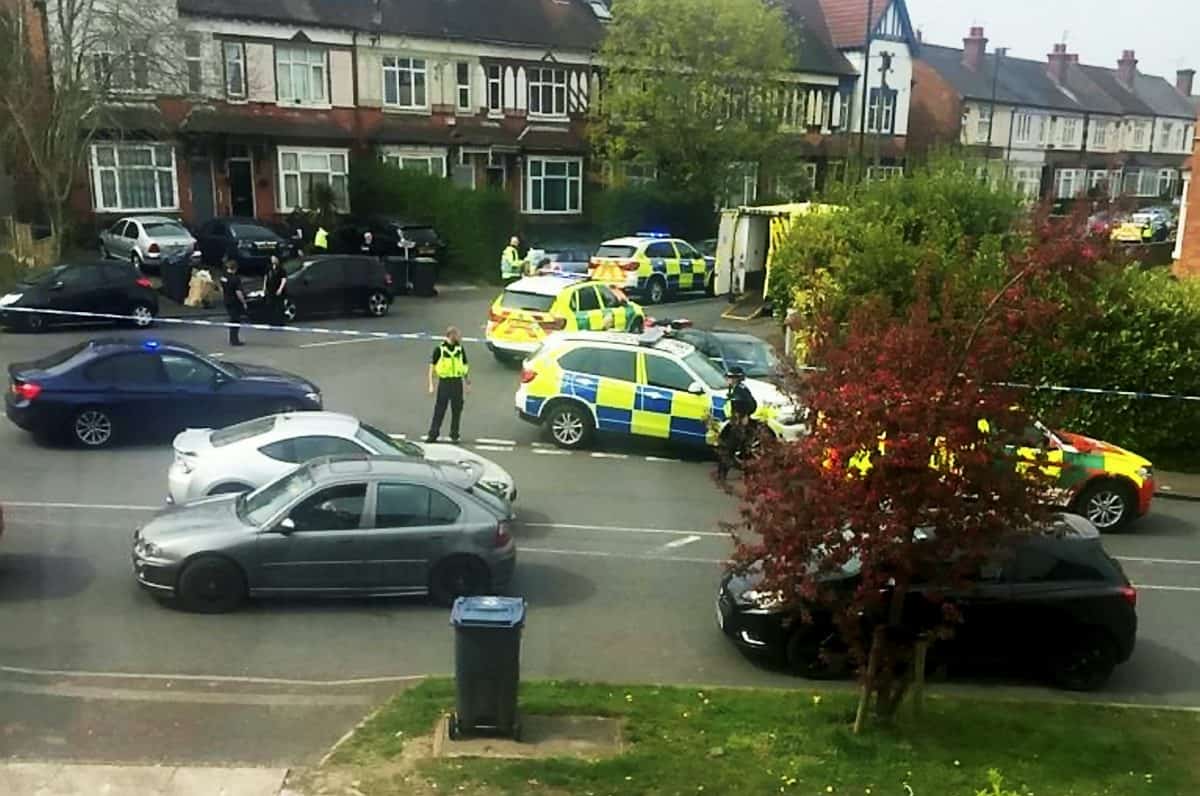 Police have launched a murder probe after a 28-year-old man was shot dead on a residential street in broad daylight.

Emergency services were called just after midday on Thursday to reports of a shooting on Church Road, in the Erdington area of Birmingham.

West Midlands Police confirmed the victim had since died and his family has been informed .

The force said on Twitter: “Police are currently on Church Road in #Erdington following a fatal shooting just after midday this afternoon (Thursday 18 April).

“A 28-year-old man was shot and his family have been informed. Enquiries into the circumstances around the incident continue.”

Dozens of police cars could be seen on the street and residents have expressed their shock at the fatal shooting.

Neighbour Alex Haines wrote on Twitter: “So someone has been shot and killed outside of my house this afternoon on church road in #erdington

“@WMPolice never seen so many police. World has gone crazy. The people in it have anyway! This needs to stop!”

Another neighbour, who wished to remain anonymous, added: “The police swarmed the area, there was flashing blue lights everywhere and some of them had guns.

“You don’t expect this, not on your doorstep, and this is a quiet residential area with lots of families and elderly people. The gun crime in this city is getting beyond a joke.

“Everyone is either getting stabbed or shot, nowhere feels safe anymore.

“You hear about it late at night in rougher areas of town but not in the middle of the afternoon in broad daylight.”

A West Midlands Ambulance spokesperson said: “We were called at 12pm to an incident in Church Road, Erdington.

“Police are leading the investigation and further details will follow.”

Anyone with information is asked to contact police via Live Chat at http://west-midlands.police.uk between 8am and midnight, or call 101 anytime quoting log number 979 of 18 April.

Alternatively, Crimestoppers can be called anonymously on 0800 555 111.

By Ben Gelblum and Emily Webber