And the discovery shows how climate change will alter the ecology of Earth's most remote continent, say scientists. 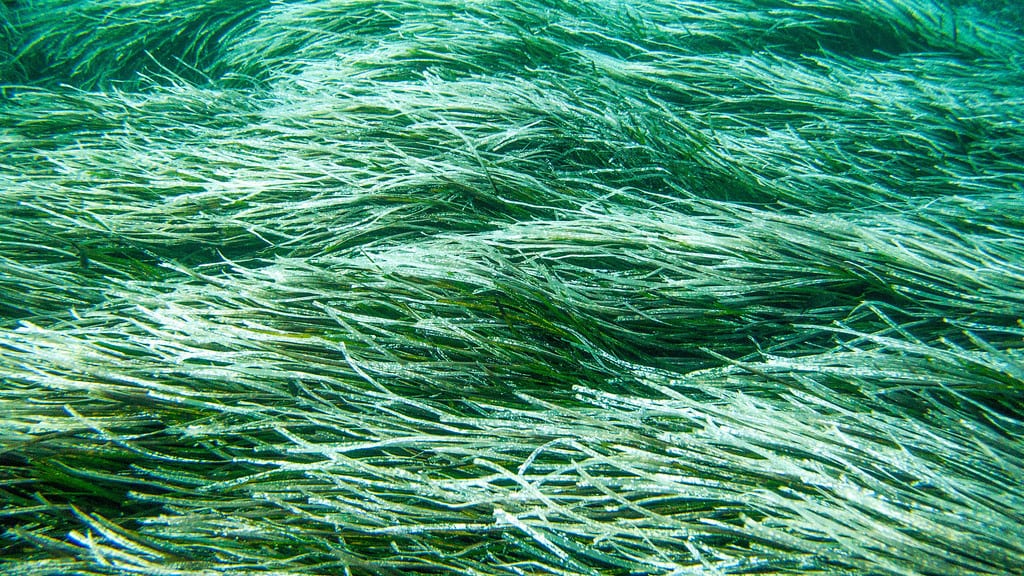 Seaweed off Antarctica has surfed up to 12,500 miles across the Southern Ocean, the longest biological rafting event ever recorded, according to new research.

And the discovery shows how climate change will alter the ecology of Earth’s most remote continent, say scientists.

It was previously believed Antarctic plants and animals were distinct from others around the world.

But the latest findings indicate these differences are almost entirely due to environmental extremes rather than isolation.

While conditions are currently too chilly for most organisms, global warming could make the wilderness habitable for new marine life such as worms, snails and crustaceans.

The study of southern bull kelp collected from the icy shores of Antarctica found it had drifted more than 20,000km (12,427 miles).

Lead researcher Dr Crid (corr) Fraser said DNA analysis revealed one specimen had travelled all the way from the Kerguelen Islands in the Southern Indian Ocean and another from South Georgia in the South Atlantic Ocean.

She said it essentially surfed to Antarctica – with the help of wind-driven surface waves during storms.

Dr Fraser, of The Australian National University in Canberra, said: “These are astonishing voyages, but worrying too.

“They show Antarctic ecosystems could be more vulnerable to global warming than we had suspected. Parts of Antarctica are among the fastest warming places on Earth.

“If plants and animals get to Antarctica fairly frequently by floating across the ocean, they will be able to establish themselves as soon as the local environment becomes hospitable enough.”

They had to navigate the Antarctic Polar Front, a barrier of jets and flows that separates Antarctic and sub-Antarctic waters to the north, which was thought impossible.

Dr Fraser said: “This is an unequivocal demonstration that marine species from the north can reach Antarctica.

“To get there, the kelp had to pass through barriers created by polar winds and currents that were, until now, thought to be impenetrable.

“This finding shows us living plants and animals can reach Antarctica across the ocean with temperate and sub-Antarctic marine species probably bombarding Antarctic coastlines all the time.

“We always thought Antarctic plants and animals were distinct because they were isolated.

“But this research suggests these differences are almost entirely due to environmental extremes, not isolation.”

Kelp is a keystone species in Antarctica, playing a vital role in the food chain and supporting a diverse array of plants.

The study also sheds fresh light on the science of ocean drift, a phenomenon that has recently been found to be carrying microplastics produced by humans all the way to Antarctica.

Dr Fraser said: “Our findings also indicate plants and animals living on Antarctica could be more vulnerable to climate change than we had suspected.”

Co-researcher Dr Adele Morrison, also from The Australian National University, said: “Once we incorporated wave-driven surface motion – which is especially pronounced during storms – suddenly some of these biological rafts were able to fetch up on the Antarctic coastline.

“If plants and animals get to Antarctica fairly frequently by floating across the ocean, they will be able to establish themselves as soon as the local environment becomes hospitable enough.

“Strong westerly winds and surface currents are expected to drive floating objects north and away from Antarctica, but when the disruptive influence of Antarctic storms is factored in, that all changes.”

The researchers found unusual pieces of kelp on the coastline of Antarctica that bore signs of drifting a long time at sea evidenced through barnacle growth.

By mapping the complete DNA of the specimens they found one had almost certainly originated in Kerguelen and another South Georgia – over 20,000 km from the beaching site.

This meant the routes they took to reach Antarctica must have been tens of thousands of kilometres long.

Dr Erasmo Macaya, of the University of de Concepcion in Chile, who found the alien seaweed, said: “I knew when I saw this floating seaweed – southern bull kelp – that it was important.

The kelp does not grow in Antarctica but we know it can float, and can act as a raft, carrying many other intertidal plants and animals with it across oceans.

“If those rafts can make it this far we could soon see massive changes in Antarctic intertidal ecosystems.”