Neolithic hunter/gatherers baked the early bread at a site in the desert in Jordan. 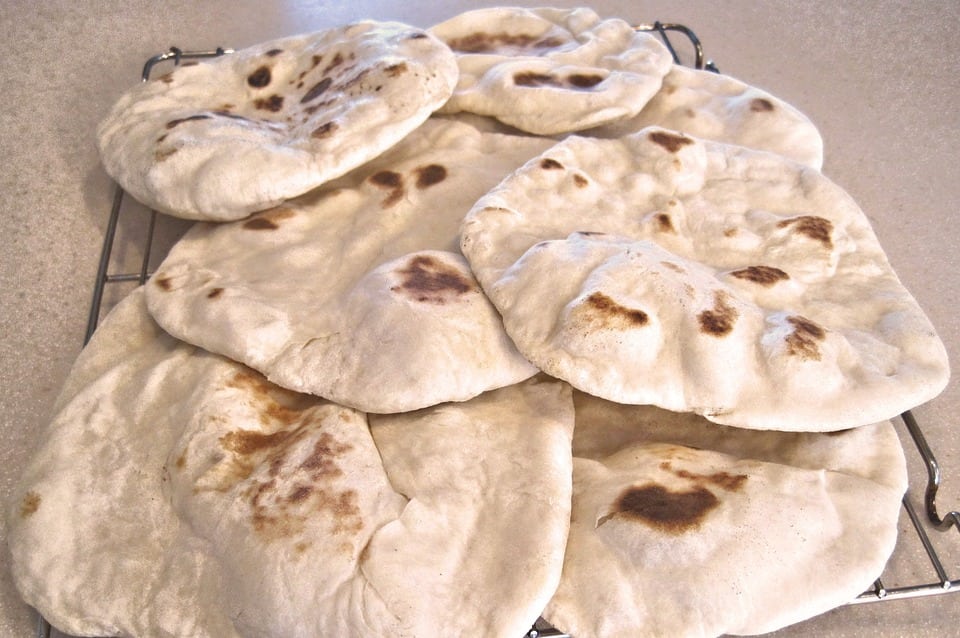 British scientists analysing charred samples from Jordan discovered that flatbread was being made 14,400 years ago.

It appears early humans may have decided to start cultivating grains in the Neolithic period because the process of using wild plants was ‘extremely time-consuming’.

The discovery was made in the Black Desert in north-eastern Jordan from the site known as Shubayqa 1.

The remains were analysed with electronic microscopy at University College London.

The results, published today in the Proceedings of the National Academy of Sciences, provide the earliest evidence of the production of bread – which was made from barley, einkorn and oat that was ground, sieved and kneaded before baking.

“That it was produced before farming methods suggests it was seen as special, and the desire to make more of this special food probably contributed to the decision to begin to cultivate cereals.”

Lead author Amaia Arranz Otaegui from the University of Copenhagen said: “The presence of hundreds of charred food remains in the fireplaces from Shubayqa 1 is an exceptional find, and it has given us the chance to characterise 14,000-year-old food practices.

“The remains are very similar to unleavened flatbreads identified at several Neolithic and Roman sites in Europe and Turkey. So we now know that bread-like products were produced long before the development of farming.”

Archaeologist Tobias Richter, who led the excavations added: “Natufian hunter-gatherers are of particular interest to us because they lived through a transitional period when people became more sedentary and their diet began to change.

“Flint sickle blades as well as ground stone tools found at Natufian sites in the Levant have long led archaeologists to suspect that people had begun to exploit plants in a different and perhaps more effective way.

“But the flat bread found at Shubayqa 1 is the earliest evidence of bread making recovered so far, and it shows that baking was invented before we had plant cultivation.

“Indeed, it may be that the early and extremely time-consuming production of bread based on wild cereals may have been one of the key driving forces behind the later agricultural revolution where wild cereals were cultivated to provide more convenient sources of food.”

A grant recently awarded to the University of Copenhagen team will ensure research into food-making during the transition to the Neolithic will continue.