Nick Jackson caught the sublime spectacle on camera from Shropshire, during an Orionids meteor shower

This incredible video made from a series of images captures the ‘once in a lifetime’ moment a meteor explodes and then disintegrates into the night sky above a castle.

The breathtaking scene – recorded very few times on camera – was caught during an Orionid meteor shower on Saturday, October 20.

Orionid meteors occur every Autumn when the Earth is passing through the stream of debris left by Halley’s Comet. 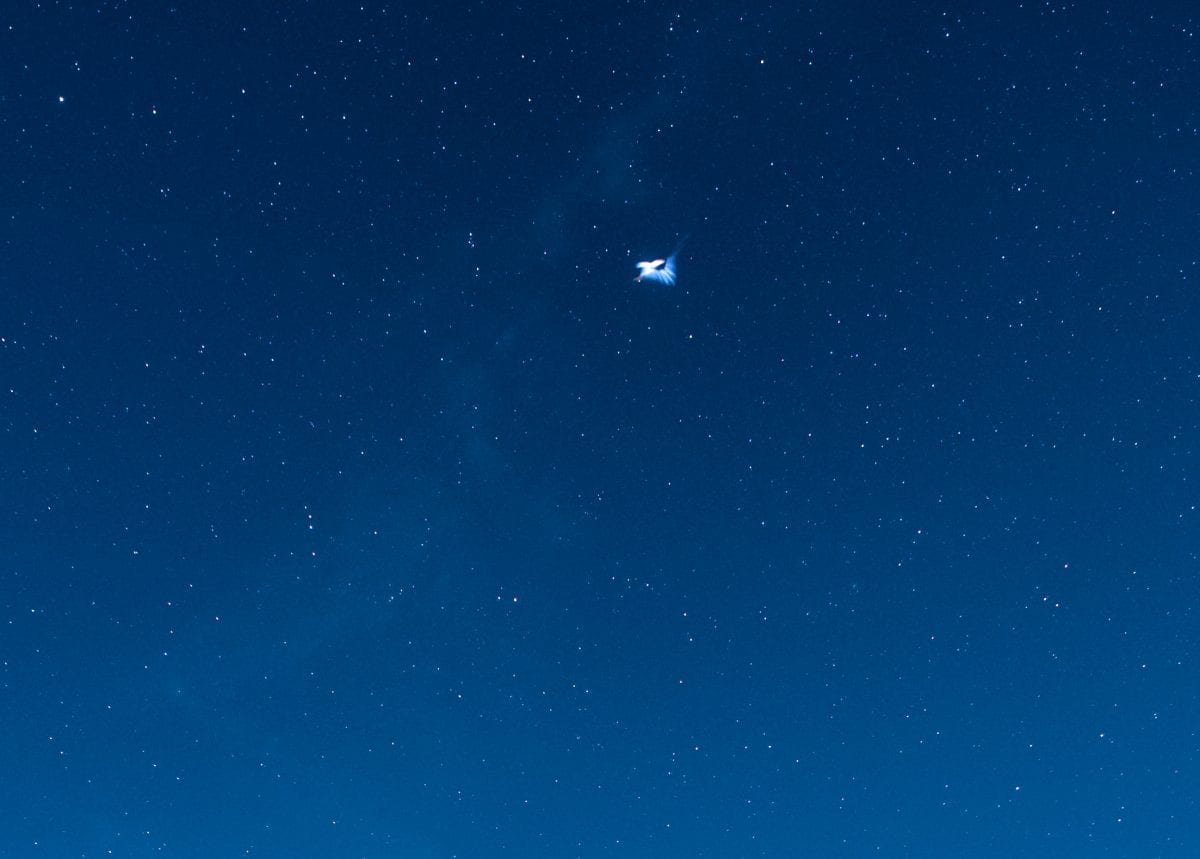 Landscape astro-photographer Nick Jackson had gone to Clun Castle, Shrops., to shoot the 13th century edifice in front of the night sky to make a ‘star trail’.

The long exposure image makes the celestial objects look like circular streaks of light swirling around the North Star as the planet spins on its axis.

But halfway through the shoot, Nick saw the huge meteor fly across the sky behind the castle.

He said: “I immediately thought, ‘I hope that was caught in the frame’.

“It’s very unusual to see a meteor that big. Because I was shooting the star trail, I couldn’t check the footage immediately.” 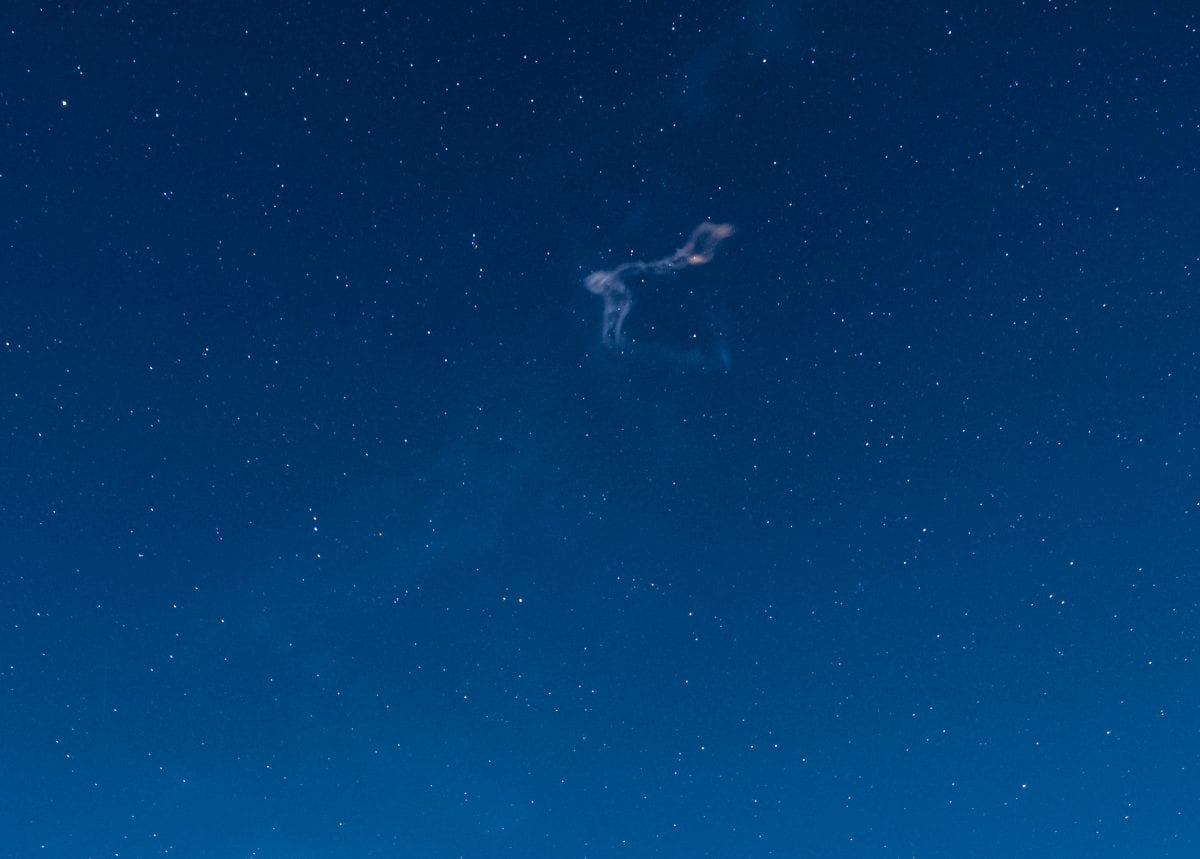 But when he got home and reviewed his pictures, he realised he had caught the incredible moment.

The 44-year-old said: “It was a sheer stroke of luck that I just happened to be shooting the series of images when it happened.

“With things like that, you’ve got to be in the right place at the right time.”

A series of 30 pictures made into a video shows the meteor fly into the middle of the frame and explode in a piercing flash of light.

Then as a circular cloud of debris disperses into the starlit sky, two more meteors can be seen streaking into view from different directions.

The sublime scene – much of which would be invisible to the human eye – unfolded over the space of about four minutes. 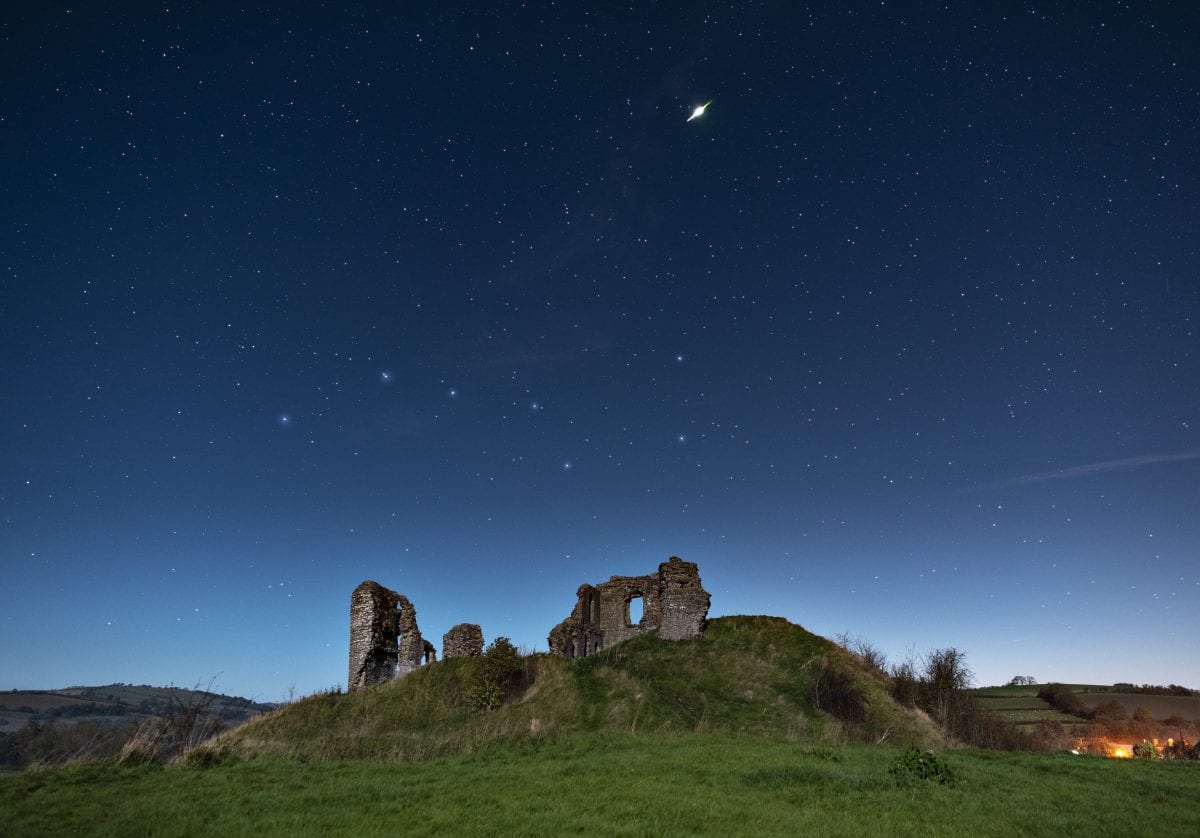 Nick from Ludlow, Shrops., then combined the images into four seconds of footage.

He said: “To the naked eye, it’s over in a flash. You just see a streak of light and a bright ping and then it’s gone.

“However, the camera captures all the detail of the aftermath.”

Nick added: “There are very few images out there that have captured this before.

“I posted it on Facebook on some astronomy groups and it just blew up over the weekend. 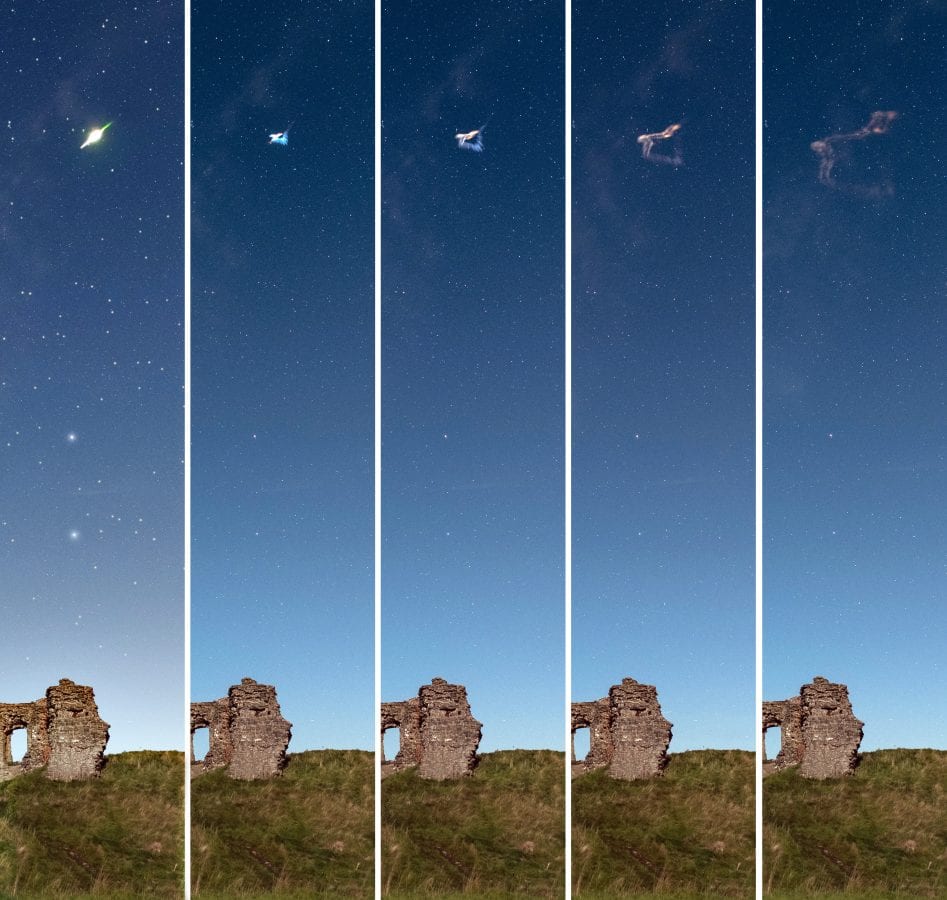 He said: “The reason we photographers go out in the middle of the night and stand there in the freezing cold is because we’re obsessed with the beauty of the night sky, its peace and calm.

“And when you see something like that, it’s just awe-inspiring.”