A homeless charity boss says she was told she wouldn’t get Lottery cash – unless she stopped publicly criticising Universal Credit and the Government. Outspoken CEO Ellie Waugh, 53, applied for £130,000 from the Big Lottery Fund for charity Humanity Torbay. But she claims an official who came to assess the application then tried to […] 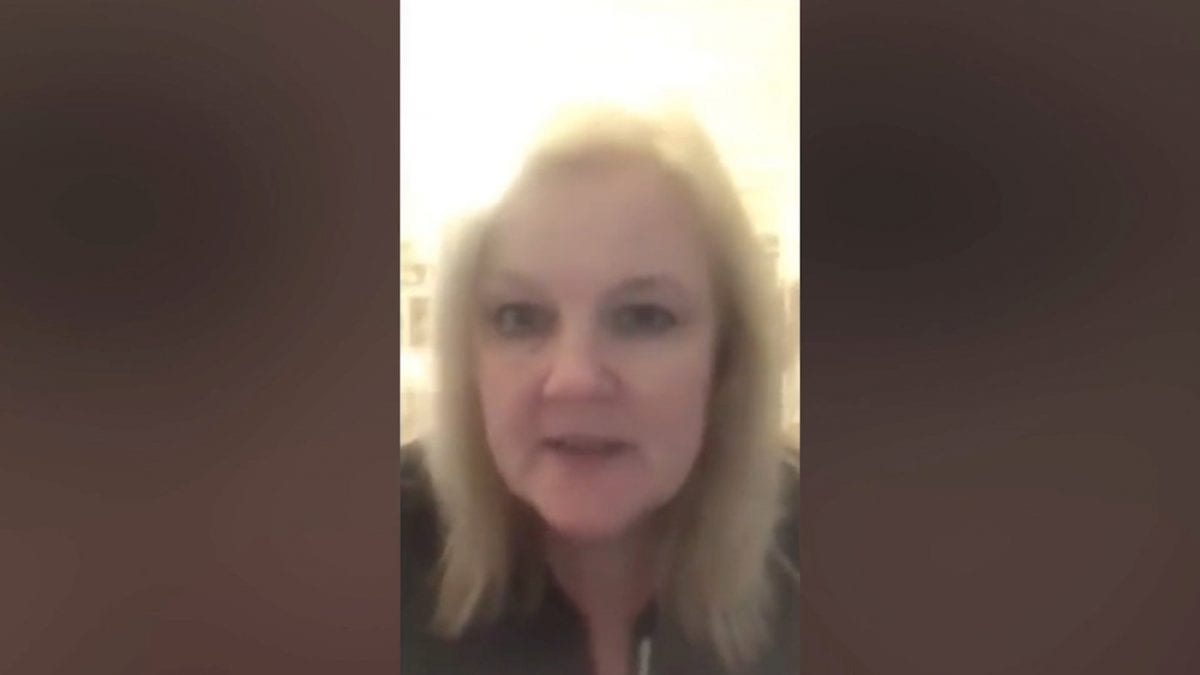 A homeless charity boss says she was told she wouldn’t get Lottery cash – unless she stopped publicly criticising Universal Credit and the Government.

But she claims an official who came to assess the application then tried to ”gag” her.

Ellie makes YouTube videos and regularly publicly comments about homelessness and the impacts of the controversial new benefits.

She claims the assessor said ‘if we get a grant we won’t be able to speak out’ and they had to ‘play the game’ to get the cash.

The Big Lottery Fund is an executive non-departmental public body, sponsored by the Government’s Department for Digital, Culture, Media & Sport.

Ellie said: “I’m speaking out because I’ve been threatened and I’ve been told to keep my mouth shut.

“As the CEO of Humanity I have made the decision to speak out and say this is not right. At the end of the day people should know what’s going on.

“I don’t think people realise just how bad it is at the moment. More people are finding themselves homeless and on the street due to universal credit.”

Outraged Ellie posted a rant about the “gag” on YouTube.

She said she did it “out of sheer frustration” and added: “She said if we wanted any funding we had to stop making videos and we had to stop speaking out.”

Humanity Torbay is an advice charity that also offers clothes, hot showers, counselling and access to food banks and housing to people in crisis.

They were asking for £130,000 over three years – to pay the rent on their building and pay two staff members.

Ellie claims this would have been their first grant from the Big Lottery Fund but said they were “screwed” after speaking out and would now probably receive nothing.

Trustee Shirley Holbrook said she was in the room when lottery official allegedly made the statement.

Shirley said: “She said categorically if we were to receive a big lottery grant we would be unable to speak out against Universal Credit or any other government measure that affected our clients adversely.

“We are not a political organisation. We speak out about homelessness because we deal with the results of it every day.”

Ellie has come under fire after she criticised the council for what she said was a lack of action on homelessness, she also butted heads with the local chamber of commerce, who said her charity encouraged rough sleepers.

She said the main problem with Universal Credit was it was paid at the end of the month, while the old system saw claimants get cash at the beginning of the month.

She said this means when people are ‘switched’ they often have to wait weeks for the first payment.

“We’re finding its about eight weeks on average before their first Universal Credit payment,” explained Shirley.

“Yesterday I had a woman with three kids in here, she had £1.50 left because she was waiting for her Universal Credit. She broke down in tears in front of me.”

“A working couple came in – they said they moving to Universal Credit and their rent top-ups had stopped. They had three kids.

“The father said to me, ‘We’ve managed to stay out of debt, but I haven’t eaten in three days. All I want is a referral form for the local food bank.

“They were managing to pay the bills and the wife and kids were eating but as the father he was the one going without.

“He wouldn’t let me make him something to eat – he was too embarrassed. I felt like he’d never had to ask for anything before.”

She said the charity has enough to pay for running costs until Christmas – but after that the project’s future looks uncertain.

They have launched a crowdfunding page to make up for the money they have missed out on from the Big Lottery Fund.

Ellie added: “Without funding we can’t last much longer.”

She said this wasn’t the fist time she’d been stopped from criticising Universal Credit,

She said she was told to keep quiet on a course for benefit advisors run by the Department of Work and Pensions.

“When I did my universal credit training course I had to sign something saying ‘You must not speak out about Universal Credit’,” she said.

The charity helps up to three hundred people per week and is run by Ellie and another full-time member of staff with a team of 17 volunteers, she said.

The two full-timers are paid with a grant from the Tudor trust but Ellie said the other running costs came to £15,000 per year.

They are currently crowd funding to raise the funds to cover running costs.

A spokesperson at the Big Lottery Fund, said: “We fund thousands of projects run by organisations that also campaign on political issues.

”While we are clear – and it’s our stated policy – that our funding cannot be directly used for such activity, we wouldn’t prevent any grant holder from voicing their views on an issue that is important to them, their organisation or community.”

The application for funding has not yet been rejected and the charity claims it has funded the charity before.