The early Greeks – creators of Europe’s first advanced civilisations – descended from migrants from modern day Turkey, reveals new research. An analysis of ancient DNA has revealed that Ancient Minoans and Mycenaens were genetically similar – with both peoples descending from early Neolithic farmers. Researchers say they likely migrated from Anatolia to Greece and […] 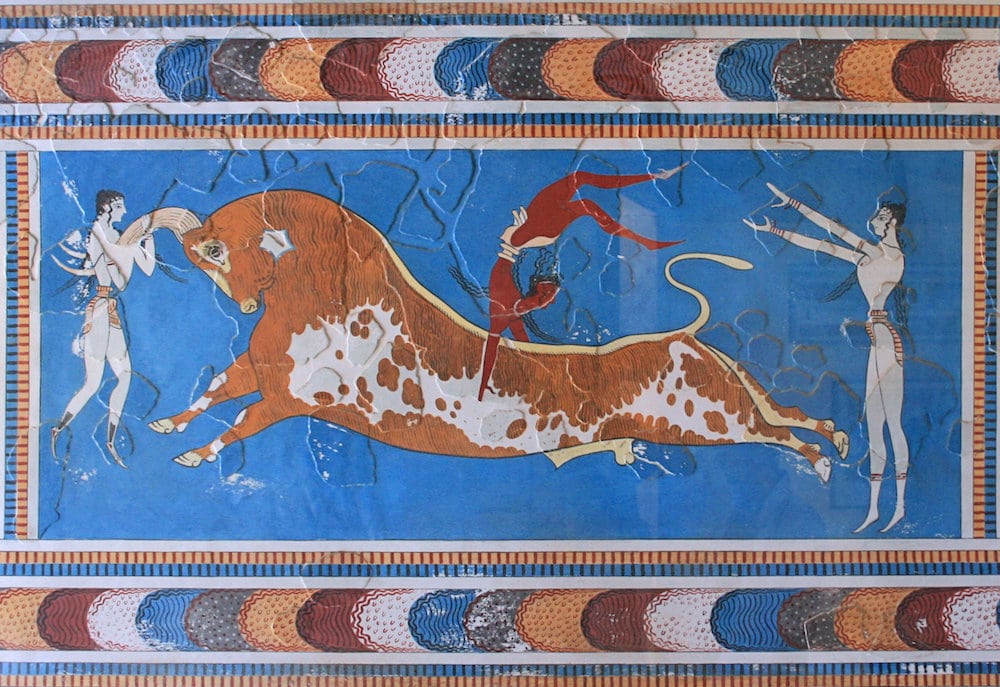 An analysis of ancient DNA has revealed that Ancient Minoans and Mycenaens were genetically similar – with both peoples descending from early Neolithic farmers.

Researchers say they likely migrated from Anatolia to Greece and Crete thousands of years before the Bronze Age.

Modern Greeks, in turn, are largely descendants of the Mycenaeans, the study found.

The researchers analysed tooth DNA from the remains of 19 ancient individuals who could be definitively identified by archaeological evidence as Minoans of Crete, Mycenaeans of mainland Greece, and people who lived in south western Anatolia.

They compared the Minoan and Mycenaean genomes to each other and to more than 330 other ancient genomes and over 2,600 genomes of present-day humans from around the world.

The discovery of the Minoan and Mycenaean civilizations on the island of Crete and on mainland Greece in the late 1800s gave birth to modern archaeology and opened a direct window into the European Bronze Age.

That period of history had only previously been glimpsed only though Homer’s epics, the Iliad and Odyssey.

The Minoan Civilisation and its counterpart on the Greek Mainland, the Mycenaean Civilisation, were Europe’s first literate societies and the cultural ancestors of later Classical Greece.

But the question of the origins of the Minoans and their relationship to the Mycenaeans has long puzzled researchers.

Now a new study, published in the journal Nature, suggests that, rather than being recently arrived, advanced outsiders, the Minoans had deep roots in the Aegean.

The primary ancestors of both the Minoans and Mycenaeans were populations from Neolithic Western Anatolia and Greece and the two groups were very closely related to each other, and to modern Greeks.

The origins of the Minoans have long puzzled researchers. Their cultural innovations, including the first European writing system, vast palace complexes, and vibrant art, seeming to spring up in isolation on Crete, have led to speculation that they moved to the area from a more advanced society in another location.

The Mycenaeans, with their roots in mainland Greece, seem to have adopted much of the Minoan technology and culture, but it is not clear how they were related.

Study co-author Prof Johannes Krause, director at the Max Planck Institute for the Science of Human History, said: “We wanted to determine if the people who made up the Minoan and Mycenaean populations were actually genetically distinct or not.

“How were they related to each other? Who were their ancestors? And how are modern Greeks related to them?”

To answer these questions, the researchers analyzed genome-wide data from 19 individuals, including Minoans, Mycenaeans, a Neolithic individual from mainland Greece, and Bronze Age individuals from southwestern Anatolia, which they were able to recover despite the notoriously poor preservation in the Mediterranean.

By comparing the data generated from these persons with previously published data from nearly 3,000 others, both ancient and modern, the researchers were able to clarify the relationships between these groups.

The researchers found that the Minoans, rather than coming from a distant civilization, were locals, descended from the first Neolithic farmers of western Anatolia and the Aegean.

They found that the Minoans and Mycenaeans were very closely related, but with some specific differences that made them distinct from each other. Both the Bronze Age Minoans and Mycenaeans, as well as their neighbors in Bronze Age Anatolia, derived most of their ancestry from a Neolithic Anatolian population, and a smaller component from farther east, related to populations in the Caucasus and Iran.

Study lead author Doctor Iosif Lazaridis, of Harvard Medical School in the US, said: “It is remarkable how persistent the ancestry of the first European farmers is in Greece and other parts of southern Europe, but this does not mean that the populations there were completely isolated.

“There were at least two additional migrations in the Aegean before the time of the Minoans and Mycenaeans and some additional admixture later.

“The Greeks have always been a ‘work in progress’ in which layers of migration through the ages added to, but did not erase the genetic heritage of the Bronze Age populations.”

He added: “Minoans, Mycenaeans, and modern Greeks also had some ancestry related to the ancient people of the Caucasus, Armenia, and Iran.

“This finding suggests that some migration occurred in the Aegean and southwestern Anatolia from further east after the time of the earliest farmers.”