“In 20 years’ teaching I have never seen the situation so bad,” one NEU member said. 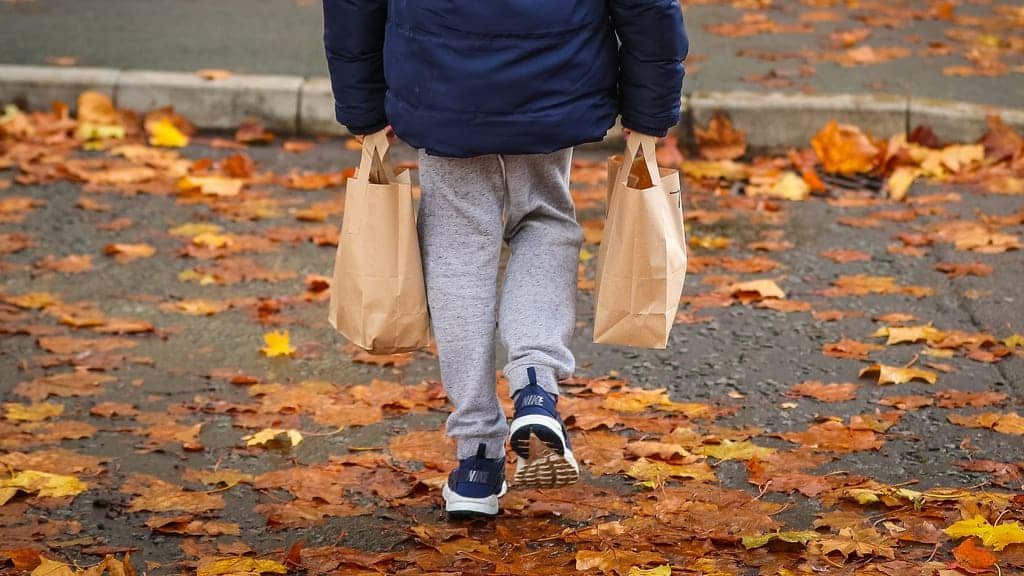 School staff have been handing out clothes, food and furnishings to families who have been struggling financially amid the pandemic, teachers have said.

Some children have gone to school with holes in their shoes and without winter coats, while others have been left worried about when they will get their next meal, according to members of the National Education Union (NEU).

A survey of more than 10,000 NEU members suggests the majority (52 per cent) of respondents are working with intakes where more than a fifth are considered to be economically disadvantaged.

More than two in three (68 per cent) say the Government should reduce child poverty to support the recovery of pupils who have been affected by the pandemic.

The findings were released ahead of the NEU’s three-day annual conference, which starts on Wednesday.

Schools and colleges have been a “lifeline” to many disadvantaged students during the past year, the NEU said.

Asked about the poverty they had seen, one respondent said: “We have had pupils and their families move into hostels during the pandemic when they were evicted.

“They were rehoused – but literally were given a house. No furniture, ovens, fridge, washing machine, no carpets. Nothing. We rallied as a school and furnished two homes.”

Another said: “I called home during the first lockdown and spoke to an older sibling who was panicking because the Free School Meals vouchers email hadn’t arrived. It was the evening before a bank holiday weekend and there was no food in the house.

“I will never forget the panic in that girl’s voice. No school child should have to worry about where their next meal is coming from.”

One NEU member said: “We have children that aren’t clothed properly, without coats in winter, or have holes in shoes, and my school’s Inclusion Team are excellent at working with the families to get them the support they need quickly and efficiently.

“We also have a stock of spare clothes that on occasion we can give to families.”

Another respondent said the school had provided “free uniforms and free breakfasts” to pupils in need.

The survey, of mainly teachers, school leaders and some support staff, found that 94 per cent believe poverty and low income affects pupils’ learning, with more than half (51 per cent) reporting that it does so to a “large extent”.

“In 20 years’ teaching I have never seen the situation so bad,” one NEU member said.

Dr Mary Bousted, joint general secretary of the NEU, said: “It is now beyond doubt that child poverty is on the rise. The effects can last a lifetime, and young people have one chance in education.

“There is no doubt, too, that schools and colleges have been going beyond the call of duty for them during this past year, as they always do.

“The Government, by contrast, spent much of 2020 voicing warm words about its concern for the disadvantaged, including when mounting arguments for the wider opening of schools and colleges in September and January.

“Yet, sadly and unsurprisingly, it has persistently failed to deliver for the young people in poverty whose families need real support and action.”

Related: Tory Covid policies have killed 150,000 people: A preliminary inquiry into how it happened