"It's scary that satire on our current politics can be so believable," wrote one person after watching the clip. 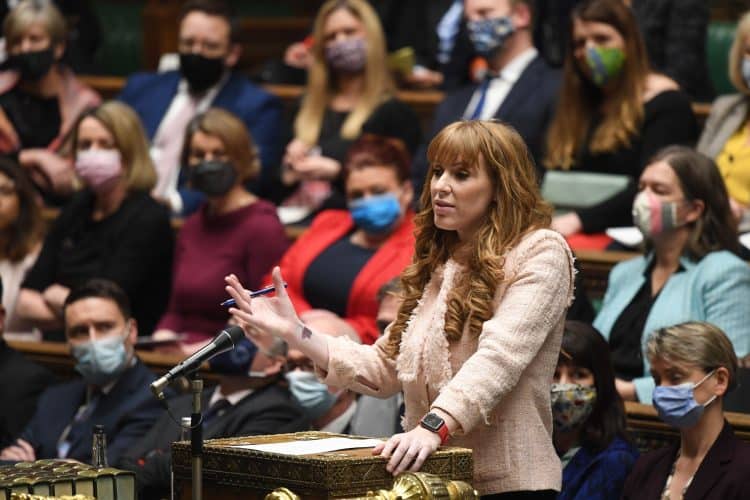 There isn’t anything funny about the Mail on Sunday piece about Anglea Rayner allegedly crossing and uncrossing her legs to put off Boris Johnson during PMQs.

However, Rosie Holt has, again, created a satirical piece on the scandal which has gone viral, and it is a must-watch.

The report, published in this weekend’s Mail on Sunday, claimed that the deputy Labour leader moves her legs because her working-class background means she can’t compete intellectually with the private school Oxbridge educated PM.

Rayner discussed the issue on today’s Lorraine where she admitted she was disgusted by the story and how her children might react to it.

In response, Rosie Holt has created a video where she plays the MPs wife who told the Mail reporter about Rayner’s leg-crossing antics.

She defends her husband and there are so many funny lines it is hard to pick out one, but “People don’t know this but Hitler had very slender legs” and “I think Tom Daley should knit a rug for the women in the front row” are just some of the laugh-out-loud jokes.

It has already been watched over 1.2 million times.

There was a hell of a lot of praise for the video, here is a small selection below: