From the newsletter: Jacob Rees-Mogg's campaign to get workers back in the office is misguided, but he has a point. 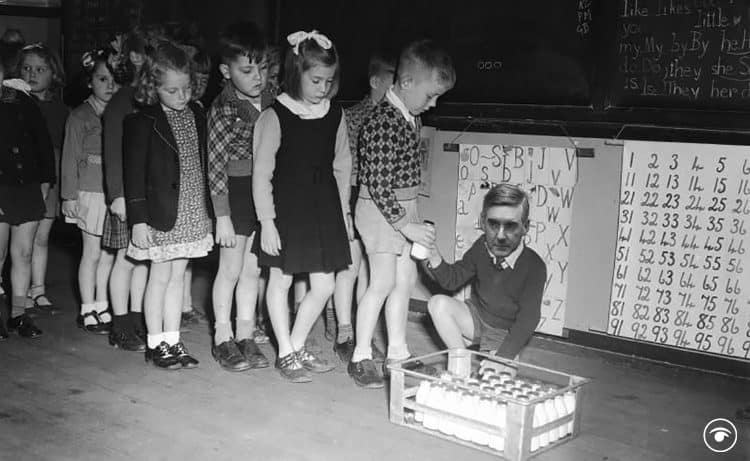 Good morning. Jacob Rees-Mogg, whose position as Brexit opportunities minister is evidently leaving him with plenty of time on his hands, has ramped up his campaign to coax workers back into offices. Not content with publishing a league table ranking government departments based on how many staff are turning up, Rees-Mogg has reportedly been conducting spot checks on Whitehall buildings, earning him the nickname “the milk monitor” among disgruntled officials.

Better still, he has been distributing printed cards and leaving them on empty desks in the Cabinet Office, where he’s based. Adorned with an official government crest, the deliciously passive-aggressive notes read: “Sorry you were out when I visited. I look forward to seeing you in the office very soon. With every good wish, Rt Hon Jacob Rees-Mogg MP.” Unsurprisingly, such an astonishing display of pettiness has pissed people off. A union representing civil servants branded the notes “the most crass, condescending act I’ve ever seen from a minister”. And, last night, it emerged that Simon Case – the country’s top civil servant – has privately warned Boris Johnson against using “scare tactics” to force government workers back to the office. Even Nadine Dorries reckons “measuring bodies behind desks” is “Dickensian”.

There is context to Rees-Mogg’s roaming. The return of workers to offices in the UK has stalled for the first time since Covid restrictions were eased. Travel, footfall and occupancy data all indicate that the numbers returning to workplaces have plateaued after a strong recovery following the lifting of lockdown. It’s not just a Whitehall issue. The heads of two London-based law firms told the FT this week that they were struggling to get associates and younger staff members back into the office, even with policies requiring them to work in-person on specific days. Another “magic circle” senior partner said worker numbers had stalled at less than half of pre-pandemic levels.

Figures from property data specialist Remit Consulting found nationwide office occupancy has settled at about a quarter of capacity. Transport for London say that the growth in the number of daily journeys during the working week has flattened, with passenger flows at Tube stations serving the City remaining at half pre-pandemic levels. Whereas there were close to one million entries and exits from Underground stations in the City in January 2020, the number hasn’t exceeded 550,000 – even on the busiest days since lockdown ended.

Is this a problem? Yes and no. The benefits of remote working for employees are obvious: improved work-life balance, flexibility for those with childcare responsibilities and so on. But there are drawbacks – not just for employers lamenting the wasting of their valuable office real estate, but for workers too. There is now a significant chunk of the UK workforce for whom working from home has been all they’ve known. For many, work is now distant by definition. According to the FT, office-based businesses want workers back to help with staff development, training and team bonding. They have a point.

While remote working serves those who have already done their office networking and are now reaping the benefits, it leaves others – young people, mainly – behind. How can today’s bottom-feeders become tomorrow’s big cheeses without the vital glad-handing and shoulder-rubbing that is so intrinsic to office life? But, while the impulse is not outrageous, that doesn’t mean Rees-Mogg is going about it the right way.

His back-to-work campaign is misguidedly rooted in an imaginary world in which stuff like the cost-of-living crisis never happened. You can’t expect people to go back to the way things were before when things are simply not like they were before. Everything is more expensive – and wages aren’t keeping up. Without a real effort to address that disparity, desks across the UK are destined to remain empty.