She was also puzzled over the picture used to illustrate the article, saying: “It was a John Lewis tailored dress – for me that’s quite posh.” 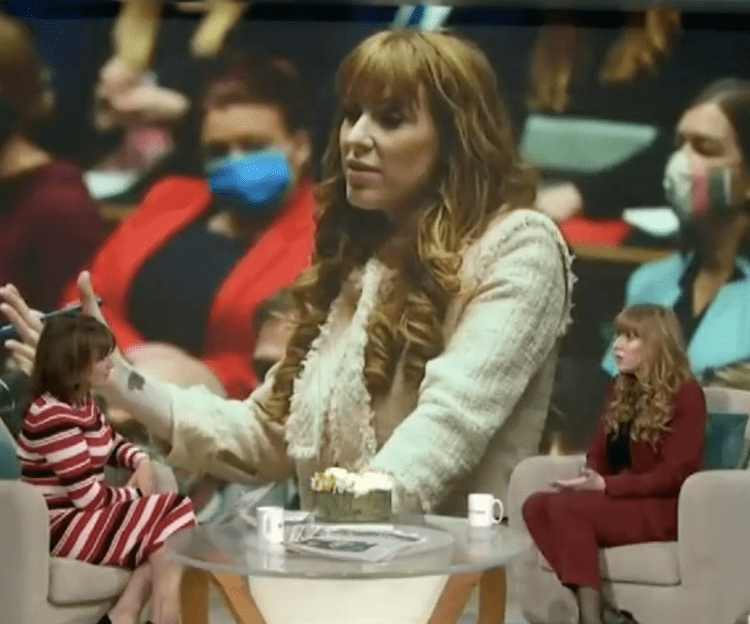 Angela Rayner has hit out at the sexism and classism she says were behind a newspaper publishing “disgusting” claims by Tory MPs that she tries to distract Boris Johnson with her legs.

The deputy Labour leader said she was “crestfallen” to learn of the claims that she tries to distract the Prime Minister in the Commons by crossing and uncrossing her legs, but feels “heartened” by the public’s overwhelming rejection of the article.

She said on Tuesday that the Mail on Sunday went ahead with publishing the article based on comments from anonymous Conservatives despite pleas that they were “completely untrue”.

The article included a quote from one MP, saying Ms Rayner “knows she can’t compete with Boris’s Oxford Union debating training, but she has other skills which he lacks”.

Speaking on ITV’s Lorraine, Rayner said: “I’ve been overwhelmed because when I heard the story was coming out and we rebutted it instantly… like this is disgusting, it’s completely untrue, please don’t run a story like that.”

She was supported by fellow MP Louise Haigh, who slammed sexism and classism.

James Heappey also hit out at whoever in his own party had made these comments.

Rayner said she was “really down” about the article and had to prepare her children for its claims.

She said that “all I worry about when I’m at the despatch box is doing a good job and being able to do justice to my constituents and the work I’m doing, so I was just really crestfallen that somebody had said that to a paper and a paper was reporting that”.

“It wasn’t just about me as a woman, saying I was using the fact I’m a woman against the Prime Minister – which I think is quite condescending to the Prime Minister and shows you what his MPs think about his behaviour – but it was steeped in classism as well,” she added.

She also said the article insinuated she must be “thick” because she went to a comprehensive school and she is “promiscuous” because she had a child when she was 16.

“I felt it was quite offensive to people from my background,” she added.

The MP for Ashton-under-Lyne suggested a wider cultural shift is needed after Mr Johnson condemned the “misogynistic tripe” published on Sunday.

She was also puzzled over the picture used to illustrate the article, saying: “It was a John Lewis tailored dress – for me that’s quite posh.”

Ms Rayner wore a trouser suit for her appearance on TV on Tuesday, saying she did not want to be “judged for what I wear”.

“I wanted to be defiant as well because I don’t think that women should be told how to dress, but I didn’t want to distract from the fact that, actually, it’s not about my legs.

“Because I feel like I’m being judged for what I wear, rather than what I’m saying to you and how I come across.”

Mr Johnson vowed that the MPs behind the claims would face “the terrors of the Earth” if they are identified, though this seems unlikely as journalists protect their sources.

Government minister James Heappey backed the move, telling Sky News: “If the Speaker is going to put a shot across the bows about the way women in Parliament are being reported, that’s a good thing.

“I have no doubt he is protecting freedom of speech and he won’t want to see that impinged but I do think that Westminster has got itself into a mess and it looks awful.”

Associated Newspapers, which publishes The Mail on Sunday, has declined to comment.