In the US, Joe Biden's press secretary was asked whether the president has "ever been ambushed by a cake" during a conference. 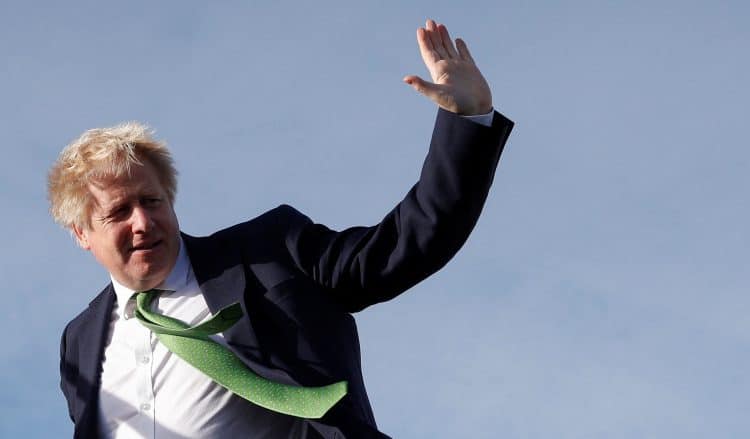 Russian TV pundits ruthlessly mocked Boris Johnson’s PartyGate woes after he arrived in Ukraine for talks amid military mobilisation in the region.

Pro-Kremlin TV channels were revelling in his discomfort after the PM was forced to reschedule a call with Vladimir Putin in order to “defend the indefensible” in parliament, in the words of Labour’s shadow foreign secretary David Lammy.

One channel dubbed Johnson the “most disliked, disrespected and ridiculed character in Britain” who was “completely under the control and heel of his young wife” Carrie.

They declared that the Partygate report would have ended up in the “Victorian sewers” of London if it were up to the PM.

Meanwhile, in the US, Joe Biden’s top press aide, Jen Psaki, was asked whether the president had ever been “ambushed by a cake” in a hilarious conference.

While Psaki laughed off the initial approach and said she had not spoken to the president about the issue, the spokesperson was pressed again on the scandal against the backdrop of UK and UK concern over Russian president Vladimir Putin and his possible advances on Ukraine.

She replied: “Has the president ever been ambushed by a cake? Not that I’m aware of.”

She added: ″(Biden) is confident in the important partnership we have with the UK, the role they play in making clear to Russia the unacceptable nature of the build-up of troops and their bellicose rhetoric as it relates to Ukraine and that has not changed despite cakes in anyone’s faces.”

Reporters even used one of their few questions at a press conference in Kyiv to ask about the scandal.

Pressed on whether he would commit to publishing the full inquiry, including the 300-plus images handed to investigators, the prime minister said:

“Yes, of course we’ll publish everything that we can as soon as the process has been completed, as I said yesterday.”