The prime minister discussed his “brilliant strategy” for dealing with the media during an appearance on BBC’s Booktalk in 2006. 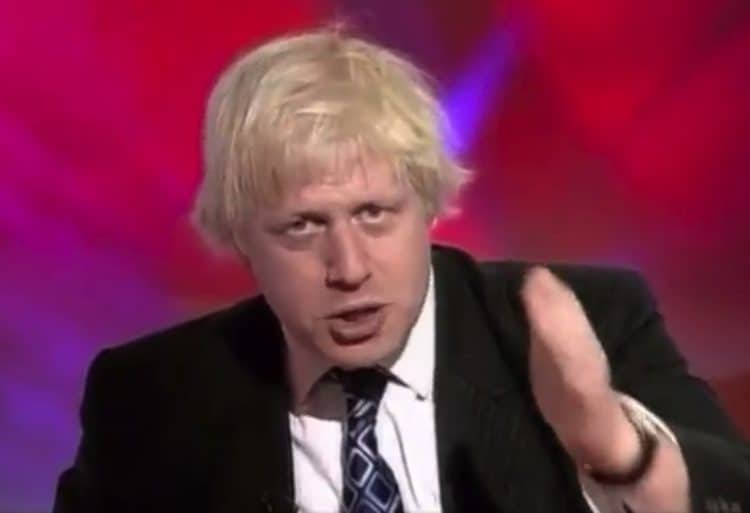 An old media clip of Boris Johnson has resurfaced on social media – and explains perfectly how he plans to bury the PartyGate scandal.

The prime minister has come under renewed pressure over lockdown parties in Downing Street amid reports he attended more gatherings under investigation by the police.

The Daily Telegraph reported that he was seen heading up to his flat on the night of a gathering there which the Met is investigating.

The prime minister is also said to have spoken at two more leaving dos which are the subject of Scotland Yard inquiries.

The reports are likely to fuel claims by opposition parties that Mr Johnson was well aware of the so-called “party culture” in Downing Street and parts of Whitehall at that time.

In her “update” on Monday, Sue Gray, the senior official who has been investigating the allegations, disclosed there were 12 events between 2020 and 2021 that are currently being investigated by the police.

She was unable to publish her full findings because of the police inquiries.

The gathering in the Downing Street flat took place on November 13 2020 – the night Mr Johnson’s chief adviser, Dominic Cummings, left No 10 amid the acrimonious fall-out of an internal power struggle.

On Monday, the Prime Minister repeatedly refused to say if he was there.

Indeed, pressed on the matter by Labour leader Sir Keir Starmer in the House of Commons he decided to accuse, falsely, the former chief prosecutor of failing to prosecute entertainer Jimmy Savile.

He has since been rebuked by the Commons Speaker, but as this clip shows, there could be a good reason for rolling such discredited claims out.

A clip has resurfaced of Boris Johnson discussing his “brilliant strategy” for dealing with the media during an appearance on BBC’s Booktalk in 2006.

The prime minister is facing calls to resign after a number of scandals but suggested 16 years ago that making “so many gaffes” was part of his master plan.

“I’ve got a brilliant new strategy which is to make so many gaffes, that no one knows what to concentrate on,” Mr Johnson said.

“You pepper the media with so many gaffes that they are confused.”