The offer has been described as "unconditional surrender" and "blackmail". 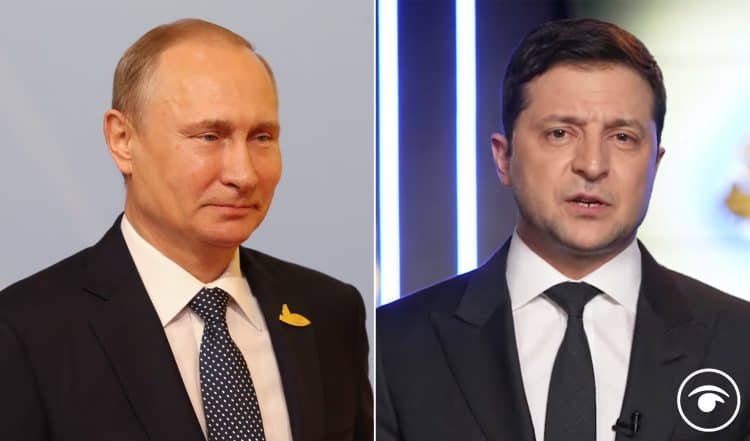 Russia has laid out its demands for an end to the war, saying there are four conditions that must be met for it to retreat.

The country’s forces continued to pummel some Ukrainian cities with rockets even after the new announcement of corridors and fierce fighting continued in some areas, indicating there would be no wider cessation of hostilities.

Efforts to set up safe passages for civilians to leave besieged areas over the weekend fell apart. But the Russian Defence Ministry announced a new push on Monday, saying civilians would be allowed to leave the capital of Kyiv, the southern port city of Mariupol, and the cities of Kharkiv and Sumy.

The two sides planned to meet for talks again on Monday, even though hopes were dim that they would yield any breakthrough. Their foreign ministers are also scheduled to meet in Turkey on Thursday, according to that country’s top diplomat.

A statement put out by Kremlin spokesman Dmitry Peskov and cited by Reuters says Russia will stop the war immediately if Ukraine agrees to:

– And recognize the Russian-controlled areas of Donetsk and Luhansk as independent states.

But the offer hasn’t gone down well with a lot of people on social media.

Here’s a taste of the response:

Related: Do these versions of Johnson’s 6 point plan make more sense to you?