"It would be good if there was a six point plan to take in refugees fleeing war, or even a one point plan," one person said in response. 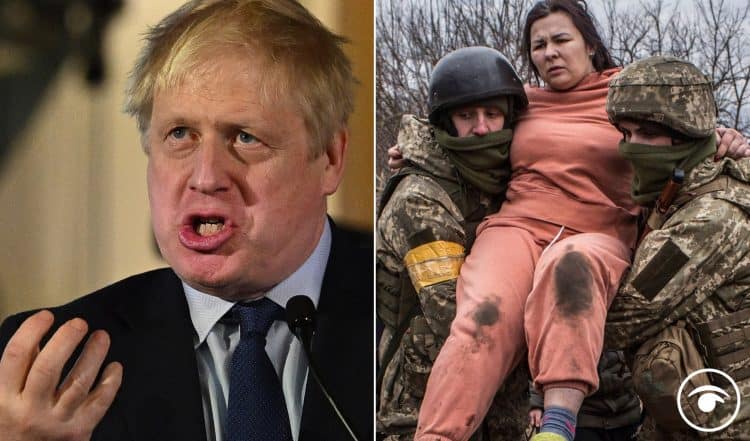 Boris Johnson is expected to put more pressure on international leaders to take further action to remove Russia from the Swift payment system while pushing them to back his six-point plan to tackle Russian aggression.

In an essay in The New York Times, Johnson wrote: “Putin must fail and must be seen to fail in this act of aggression. It is not enough to express our support for the rules-based international order – we must defend it against a sustained attempt to rewrite the rules by military force.

“The world is watching. It is not future historians but the people of Ukraine who will be our judge.”

In his action plan, the PM called for: The creation of an international humanitarian coalition for Ukraine; a boost to Kyiv’s military self-defence; a ratcheting up of sanctions on Moscow; concerted diplomatic efforts to de-escalate the crisis; and ‘a rapid campaign to strengthen security and resilience across the Euro-Atlantic area’.

Here it is in all its (glory)…

The Poke has since posted this version of the six-point plan, does this resonate more with you?

The Twitteratti was quick to jump on the proposals.

Related: Watch: Cheers ring out as Glasgow’s famous traffic cone statue gets a makeover for Ukraine