"Why were our boys sent there?" 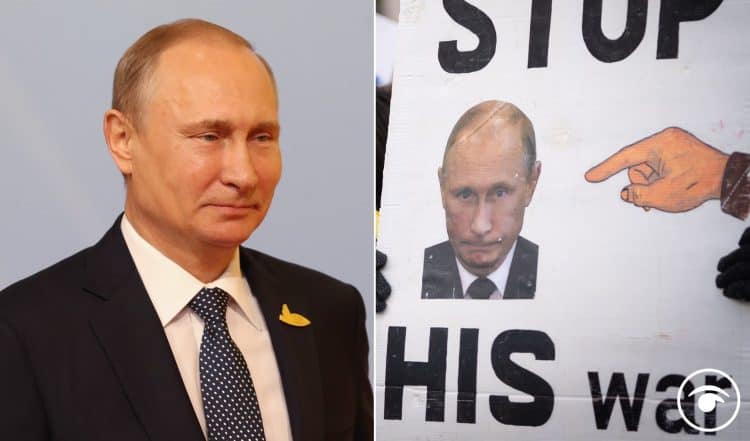 A video has emerged of a distraught Russian mother accusing Vladimir Putin of deploying their sons as “cannon fodder” in the war with Ukraine.

“In the Luhansk region, the entire front line is littered with corpses and lined equipment of the invaders,” Ukraine’s military command said in its statement on Sunday, the eleventh day of the Russian invasion.

A day earlier, the Ukrainian military had put Russian casualties at over 10,000. If the figure is correct the level of deaths is huge and growing at a very fast rate.

“Russia has not suffered so many casualties during the fighting in any of its armed conflicts since its inception,” the ministry had said, without reporting on Ukrainian casualties.

Now a video has emerged of Russian mothers posting furious questions to the Governor of Russia’s Kuzbass region about Putin’s invasion.

In the clip, Sergey Tsivilev, governor of the Siberia, stood forlornly on a stage in a school gym as angry soldiers’ mothers accused the Kremlin of lying.

It comes as around 3,500 people across Russia were detained by police on Sunday at protests against Vladimir Putin’s war on Ukraine, the country’s interior ministry has said.

About 1,700 people in Moscow were arrested and 750 in St Petersburg, the TASS news agency reported.

Related: “Do these versions of Johnson’s 6 point plan make more sense to you?”