Ukraine's UN ambassador held the tweet up in a meeting in New York, advising the embassy to seek NHS mental help by dialling 1-1-1. 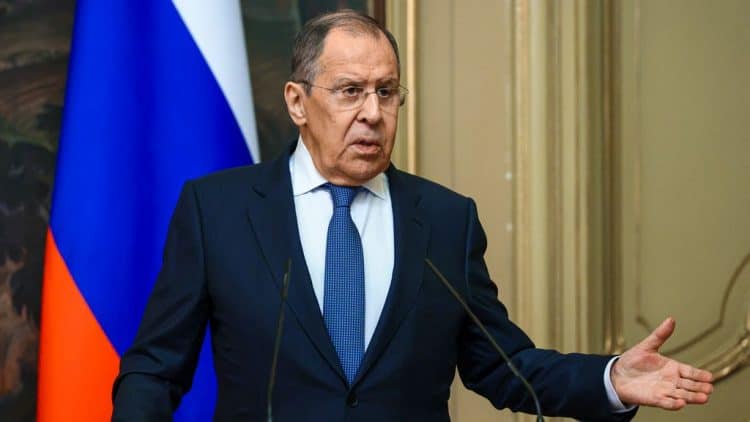 The Russian Embassy in the UK has claimed that the goal of Russia’s special military operation in Ukraine is to “stop war” in a tweet that has been described as mentally deranged by Ukraine’s UN ambassador.

Quoting Russian foreign minister Sergey Viktorovich Lavrov, the official Twitter account posted that the military intervention in the country is to “stop any war that could take place on Ukrainian territory or that could start from there”.

Responding to the tweet, the United States Department of State spokesperson Ned Price said it was a “flat out lie”, while Ukraine’s UN ambassador Sergiy Kyslytsya suggested the authors of the tweet seek mental help.

While holding a printout of the tweet, Kyslytsya read it aloud at the UN meeting in New York.

“Those who posted today, this text—’Foreign Minister Lavrov: The goal of Russia’s special military operation is to stop any war that could take place on Ukrainian territory or that could start from there’—Russian embassy in London, retweeted by the Russian Foreign Ministry.”

“Let me remind the Russian diplomats that in London, in case of need of mental help, you can dial NHS line 1-1-1,” he added. “Thank you.”

Kyslytsya then double-downed on his suggestion, saying it isn’t only Russian diplomats who need mental assistance, but everyone who agreed with their claim.

Kyslytsya questioned how Russia plans “to stop any war that could take place on Ukrainian territory” while it continues to attack the country.

Reaction on social media has also been one of bewilderment.

Here’s a flavour of what people had to say:

Related: Johnson’s meeting with Lebedev in March 2020 was not recorded….. because it was a party