"Mothers have the biggest empathy towards everything happening in Ukraine," one Romanian woman noted. 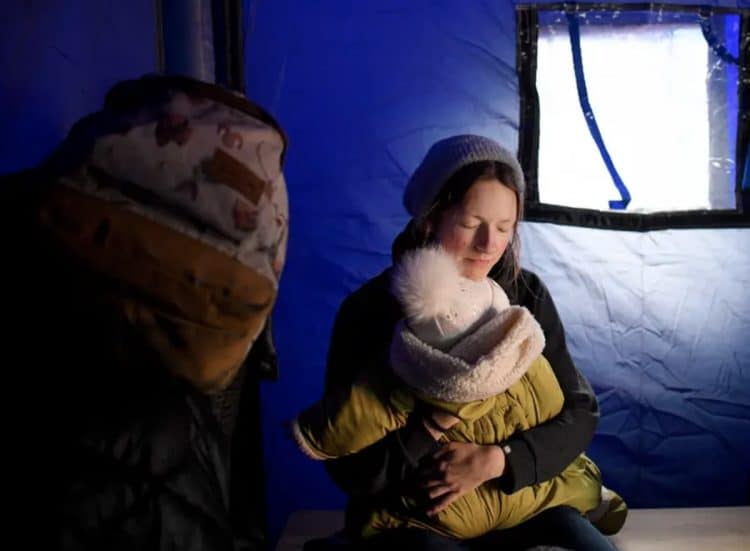 Dozens of prams have been donated by Romanian mothers for Ukrainian refugees.

The prams have been left in Bucharest’s North Railway Station, after a similar mass donation was made by women in the Polish city Przemyśl on railway platforms.

“The demand is very big, the majority of refugee women fled Ukraine in a rush, with a suitcase and holding their children’s hands,” one organiser was cited saying by Romanian newspaper Libertatea, adding: “Or they were simply holding their babies in their arms for the whole trip.”

‘Gestures made by Romanians with much smaller incomes than politicians’

Bucharest’s station, known as ‘Gara de Nord’, has also been operating a help centre for Ukrainian refugees, where their children could play and their pets received free food.

One Romanian woman said: “I was convinced that mothers are empathetic. Mothers have the biggest empathy towards everything happening in Ukraine. Being a mum means feeling the suffering of those around you easily, whether they are Romanian, Ukrainian…”

Another woman noted the post give her hope for good. “So many good people united. Like a big union. A union for good. Wonderful feeling, depite the fact that the node does not disappear.

“I am glad they arrived, but I am sad at the same time.”

One man noted: “Surely these gestures made by Romanians are made by those who have much smaller incomes than those in Parliament, right? Have you seen them doing such gestures by any chance? I doubt it.”

In Romania, the average salary after tax is around £630, but prices are often comparable to those in the UK.

Romanians opening their homes and services for free to Ukrainian refugees

Despite this, Romanians have been offering their homes and services for free to Ukrainian refugees since the invasion started last month and people started fleeing.

Romanians in a Facebook group have been offering free accommodation, transport, food, clothes and medicines to families with children and animals some Ukrainians have not left behind.

One Romanian couple has been hosting dozens of Ukrainian refugees in their home, prompting a journalist to say they restored his “faith in humans”.

CNN reporter Miguel Marquez said 31 asylum seekers from Ukraine are being sheltered by a family living in a village just south of Bucharest.

The couple hosting them under their roof have so far received a total of 61 people fleeing the war with Russia – free of charge.

Last week, a British journalist has praised Romania’s response to the Ukrainian refugee crisis after travelling to both countries.

He said Romanians were waiting for their neighbours with “food, hot drinks, free buses, help, volunteers, arranging of rooms”.