Imagine if all children were on an equal playing field. Imagine if we all started at the line equal instead of 20 yards behind. Imagine children waking up believing that their dreams could come true. Imagine what that belief could do for the future of this country... 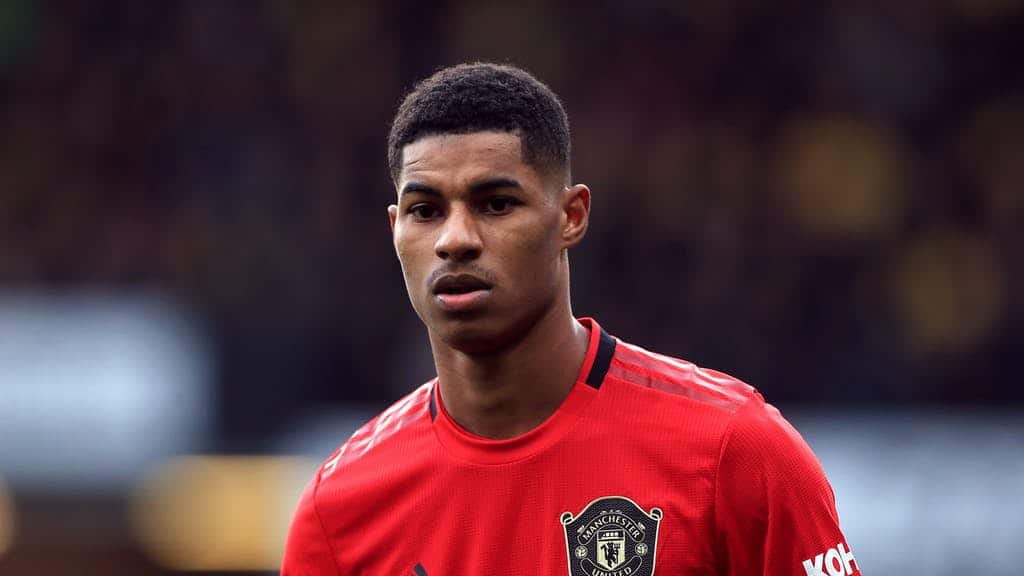 Footballer Marcus Rashford is launching a book club so that all children can experience the escapism of reading.

The Manchester United star is teaming up with Macmillan Children’s Books (MCB) to promote reading and literacy among children from all socio-economic backgrounds.

Rashford said he wishes he had the chance to read more as a child but his family had to prioritise food over books when it came to budgeting.

Imagine if all children were on an equal playing field. Imagine if we all started at the line equal instead of 20 yards behind. Imagine children waking up believing that their dreams could come true. Imagine what that belief could do for the future of this country…

YOU ARE A CHAMPION

MCB said there will be a particular focus on getting books into the hands of children from vulnerable and under-privileged backgrounds.

The first title of the partnership, YOU ARE A CHAMPION: Unlock Your Potential, Find Your Voice And Be The BEST You Can Be – an illustrated non-fiction title aimed at young people aged 11-16 – will be published in May 2021.

Each chapter will begin with a story from Rashford’s own life and will cover topics such as the value of education, positive mentality, understanding culture, and female role models.

It will be co-created with Carl Anka, a journalist for sports media group The Athletic, and Katie Warriner, a performance psychologist.

Two fiction titles for readers aged seven and up will follow later in 2021 and 2022.

Rashford said: “I only started reading at 17, and it completely changed my outlook and mentality.

“I just wish I was offered the opportunity to really engage with reading more as a child, but books were never a thing we could budget for as a family when we needed to put food on the table.

“There were times where the escapism of reading could have really helped me. I want this escapism for all children. Not just those that can afford it.

“We know there are over 380,000 children across the UK today that have never owned a book, children that are in vulnerable environments. That has to change.

“My books are, and always will be, for every child, even if I have to deliver them myself. We will reach them.”

Rashford said acceptance and acknowledgment are a key focus of the project, adding: “Let our children read that they are not alone and enable them to dream.

“Equip them for obstacles and adversities they might face”

“Equip them for obstacles and adversities they might face.

“Allow them to relate to characters by making sure people of all race, religion and gender are depicted correctly and representative of modern society.

“No matter where you grow up, talent should be recognised and championed.

“Under the Marcus Rashford Book Club young writers, illustrators and creatives will be seen and they will be offered a platform to shine.”

Rashford, 23, has drawn widespread praise for highlighting the issue of child food poverty and his campaign resulted in the Government back-tracking to announce free meals would be provided to disadvantaged children over the Christmas holidays.

The England footballer was also recently awarded an MBE after forcing a Government U-turn on free school meal vouchers.