“We’re talking about their own citizens that they are causing grief to which I find disappointing but I also don’t think anyone intended Brexit to be this way, to be very harsh on immigration from Europeans, and I find it excessive actually," he told TLE. 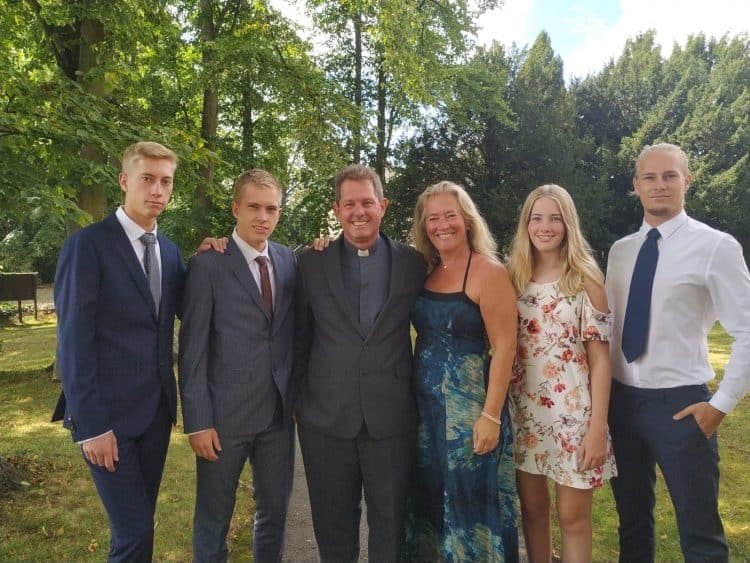 A British leader of an international church, who built his life in the EU for the past three decades, has spoken out about his and his children’s ordeal after his Dutch wife has been stranded in Spain for months because of Brexit.

Pastor Richard Wallace, 56, and Hendrika van de Put, 50, planned to move from Madrid to the UK with their four British children on 30 July due to trepidation around Brexit.

Hendrika, known as Riekje, thought her approval would only take a few days, but applied two months ahead of the planned move for extra certainty.

When the day of departure came, Riekje had still not received a response, and had to watch her family, dog and belongings moving to the UK without her

She has since been couch surfing at friends’ houses with only a small carry-on of summer clothes in her possession.

“We’re talking about their own citizens that they are causing grief to which I find disappointing but I also don’t think anyone intended Brexit to be this way, to be very harsh on immigration from Europeans, and I find it excessive actually,” Richard told The London Economic.

The boys are all studying at university in the UK, and Riekje grew increasingly worried that because of Brexit she wouldn’t be able to easily visit them in the future.

The parents had decided to move to Britain two years ago because of the upcoming 29 March 2022 deadline for British citizens to bring their EU spouses to the UK before more complicated immigration rules come into place.

But they noticed things were getting more and more complicated – with his wife having to apply for a EU family permit to be able to move to the UK. If eventually successful, Riekje will have to obtain pre-settled status, followed by settled status upon living in the UK for five years, but the family wants her to also get British citizenship for extra security – which costs £1,349 for the application fee alone.

They decided to rush the move to Britain and Jordan had to be pulled out of her Spanish school before she could finish her GCSEs, and started studying at a Southampton school this month.

‘My daughter misses her mother a lot’

“My daughter finds it very hard, she tells me she misses her mother a lot, she has a good relationship with her, they are not just mother and daughter, they are friends and do a lot together. I think she would like my wife to be here and be of support. When is it going to end and when is her mother coming?,” Richard said.

He told TLE they have been trying to reach the Home Office for many hours – including at 12 midnight and 6 in the morning – but they could not get through, and had to put their credit card details in several times as calls are charged once they are connected.

But Richard said he “struggled to even get a connection”.

“You stay on hold for one and a half hours and then you get pushed out of the system. It’s always completely blocked, I can’t get through,” he said.

Richard has been getting used to living in the UK again after 30 years abroad, but he had a lot of extra difficulties to battle through without his wife by his side.

“I had to get my daughter to school, get my boys back to university, a lot of things without her support, so it’s quite challenging,” he said.

He added: “My work has been impacted, I have to take my daughter to school, make sure the shopping and the washing and everything gets done and then pick her from school.

“We’ve been happily married, I miss her but I also I can’t really settle here because we have a house and, you know, she’s a part of this and we need to be together so we can buy a bit more furniture.”

Richard also had a pending hand operation which had been delayed by Covid and cannot be done until his wife moves to the UK to help.

And he told EU citizens rights group In Limbo: “If I was to fall ill, who would look after my daughter? If Riekje got sick, who would be there for her in Madrid?”

In a letter to the project, which records experiences of Brits in the EU and EU citizens in the UK post-Brexit, Richard said the UK has “withdrawn freedoms they’d previously worked for and encouraged their citizens to take”.

He said his experience with the government’s immigration procedures leaves him with the feeling he’s “done something wrong for falling in love and staying in love with a Dutch woman” and that he should “somehow be ashamed of living in Europe.”

‘Families at risk of being split’

Elena Remigi, EU citizens campaigner at In Limbo project, said: “In recent weeks, we’ve received more and more distressing stories like that of Richard, Riekje and their children.

“Several families risk being split if they are refused a permit, or if there are long delays. We shouldn’t also underestimate the psychological repercussions this is having on minors if they have to be separated from one parent.

“More resources are thus needed to solve this situation promptly for the wellbeing of many British families wanting to return to the UK.”