Professor Stephen Reicher said measures should be brought in sooner rather than later. 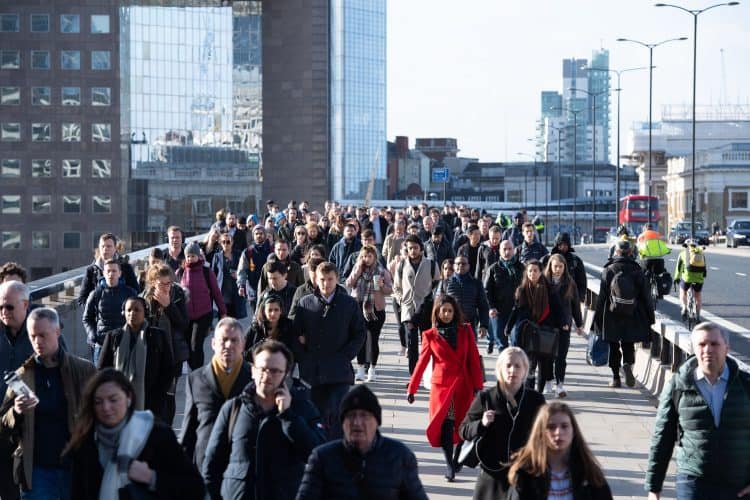 People should be allowed to continue to work from home rather than being forced back into offices, a scientist advising the government has said.

Professor Stephen Reicher, a member of the Scientific Pandemic Insights Group on Behaviours (SPI-B), which feeds into the Scientific Advisory Group for Emergencies (Sage), said the number of contacts people had per week had risen to the highest number for a year, mostly down to people having to go into work.

It comes after a consensus statement from the Scientific Pandemic Influenza Group on Modelling operational sub-group (SPI-M-O) said there is still “the potential for another large wave of hospitalisations” as the pandemic continues.

SPI-M-O said: “There is a clear consensus that continued high levels of homeworking has played a very important role in preventing sustained epidemic growth in recent months.

“It is highly likely that a significant decrease in homeworking in the next few months would result in a rapid increase in hospital admissions.”

Asked if there was a danger the public would not comply if further restrictions were brought in as part of the government’s winter plan, Professor Reicher told Times Radio that many people were not socialising as much as may be thought.

“In the last couple of weeks, people have started mixing more,” he said. “The rate at which we mix, the number of contacts we have per week, has gone up to 5.3, the highest for a year.

“But when you look more closely, what you find is nearly all of that is due to people mixing at work – a 63 per cent increase – and virtually none to do with meeting in the home and with socialising.

“So again, the problem doesn’t lie in public psychology, it lies in policy which forces people to do particular things.

“And again, that’s why it would make sense for people to work at home if they can, and if they want to, to avoid presenteeism, forcing people to go in.”

He said the vast majority of the public continued to be cautious, with mask-wearing rates still high.

“I think this notion that the public are the problem – blame the public – is actually the government projecting its failures on the failures of public psychology. It was wrong before, I think it’s wrong now.”

‘Slam the brakes on’

Professor Reicher said it was important for measures to be brought in earlier rather than later to prevent a repeat of mistakes made last year.

He said the government was saying it would “wait” and “watch” but this would mean more needing to be done later.

He said light-touch measures that could be brought in included making sure restaurants, pubs and schools were properly ventilated.

“We’re talking about… giving people the support they need in order to be able to self-isolate and so on,” he said.

“It’s only if you let things get out of control, and only if you have incredibly high rates and need to slam the brakes on, that’s when lockdown comes in.”

Related: Johnson jokes that UK is ‘the Saudi Arabia of penal policy’