“trying to restart mass deportations to Jamaica whilst the Windrush generation have yet to receive a penny, and many are still waiting months later for decisions, is a slap in the face for the Jamaican diaspora community in the UK" 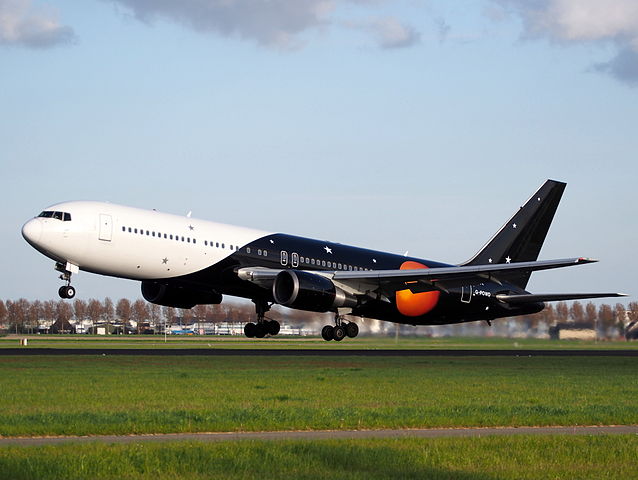 Jamaican born men and at least two women, many of whom have lived for decades in the UK and have British families, have been detained with a government chartered plane due to deport up to 50 people to Jamaica next week.

Before the Windrush scandal broke out, the government spent £52 million on removing people to Caribbean countries with 991 seats booked, including £17.7m on chartered flights.

Home Secretary Sajid Javid revelealed that at least 63 people were wrongly deported to the Caribbean, prompting a Home Office investigation.

However with the scale of the operation revealed many are questioning whether the number of wrongly deported may actually be significantly higher.

Last April we revealed how despite Theresa May’s apologies over the Windrush scandal, a chartered flight had been secretly planned to remove UK residents to Jamaica, including at least three grandparents.

After outrage greeted the news, two of the grandmothers we spoke to were released and we believe the flight was cancelled.

The women we spoke to are still waiting to hear what their fate will be.

Chartered flights are brutal, with reports of deportees being shackled and put on flights with inadequate access to legal representation.

Next week’s flight agreed between the UK and Jamaican governments is set to arrive on Ferbuary 6, with reports that 50 people may be deported, accompanied by 190 security staff.

Some of those due to be deported are being held in Harmondsworth Immigration Removal Centre near Heathrow Airport. They are complaining that they have been given little time to prepare legal defences, many do not understand the process and their rights fully.

They complain that conditions in the detention centre are grim, with no heaters in rooms and hot water running out for 24 hours.

The women given tickets for the flight are being held in notorious Yarls Wood detention centre, linked to recent abuse scandals.

Operational details of the flight have been leaked to Jamaican paper The Gleaner and many of those due to be removed with little or no family ties in Jamaica are frightened of what awaits them in Jamaica.

Last year official figures revealed that at least 85 Britons, Americans and Canadian expats were killed in the country since 2012.

According to the story leaked to the Gleaner, the flight is set to contain people who have committed crimes in the UK.

Those due to be deported say this will put their prospects in Jamaica under greater risk.

One detainee said his only family in Jamaica were two cousins who had been killed in gang violence and now he feared those involved in the feud would be aware that he had been deported to Jamaica endangering his life.

Under UK law the interests of children and their right to a parent may outweigh the state’s right to deport.

The child, it is argued, should not be punished. Yet many set to be removed on the Home Office removal flight have British children.

We spoke to people who had been detained who had spent many years in Britain legally, but were being deported due to a range of convictions. One had been previously nicked for robbery, but had been rehabilitated, was working and had been given removal instructions following a driving offence.

Owen Haisley, a 45-year-old former community worker and father of three British children who has been given told he is to be deported on the flight spoke to us in a broad Manchester accent, explaining he would even have to learn how to speak with a Jamaican accent to fit in.

Owen who was detained on Friday January 25, said he feared for his safety in Jamaica, a country he has no ties or family in as he came to the UK aged 4 and has never been back.

The father of three has an extensive family in the UK, including a Great Aunt who was part of the Windrush generation.

Owen says he never imagined he would need to as he had always got by with the Indefinite Leave to Remain he had since the age of 4.

“I went to school, was granted a driving license, a National Insurance number and got on with my life never thinking it would make a difference. I am not here illegally,” said Owen.

“The home office said to me you can bring your children up by Skype. That’s totally outrageous.

He added: “if people knew what was going on, there would be outrage.

“Many of us due to be deported have relatives who came here in the Windrush generation, served in the forces, were nurses and factory workers.”

Owen was given removal directions after he was convicted for a domestic incident, for which has served 12 months in jail, after which he was held a further four months on immigration grounds.

“I committed a crime and was punished. Why am I being punished again now?” said Owen. “If I was born here or had got my British passport I would be allowed to be rehabilitated and get on with my life. My children, my whole life is here.”

Campaigner Karen Doyle, National Organiser of the Movement for Justice which has been in touch with two dozen people set to be deported this week said: “trying to restart mass deportations to Jamaica whilst the Windrush generation have yet to receive a penny, and many are still waiting months later for decisions, is a slap in the face for the Jamaican diaspora community in the UK.

“These people are being subject to a brutal double punishment, many for crimes that the British public would not considerer ‘serious’, drunken fights and driving offences. The punishment is a death sentence for those with no family connections in Jamaica and no money.

“Jamaica already has a shockingly high murder rate of ‘returnees’ who have homes to retire to and planned to go back. Most of the people due to be on this charter flight have no one to support them and nowhere to go.

“For those being forcibly removed many have young children here and are being told they can parent via Skype. Families are being ripped apart by the UK government’s drive to meet migration targets and maintain the constant scapegoating of immigrants.”

A demonstration was planned for Monday noon outside the Jamaican High Commission which attended by many friends and families of those who have been detained in the recent swoop and are due to be deported.

In Jamaica too the news has been greeted with outrage that the Jamaican government is once again colluding in chartered deportation flights.