"Fancy bumping into Jacob Rees-Mogg outside of Revolution Bar at 1am!", one person said. 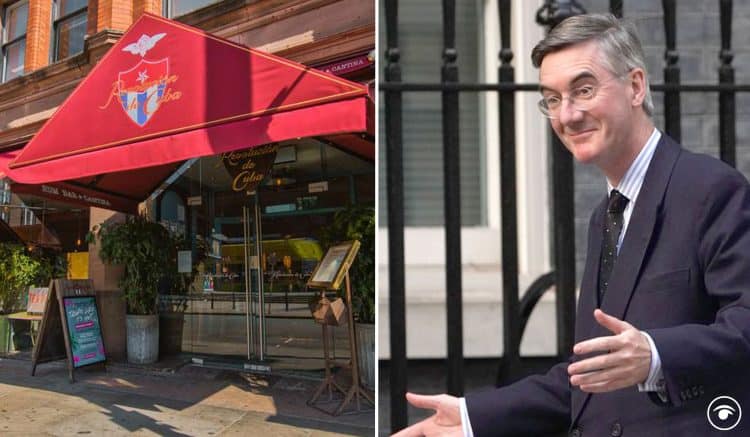 The leader of the House of Commons was out on the tiles following a busy day at the Conservative Party Conference.

Earlier in the day he had beenapproached by a stand-up comic who confronted him about fit-for-work tests for the disabled.

He accused the minister of talking “rubbish” and accused him of being “shameful”.

Following the confrontation, the Tory MP went to drown his sorrows in Revólucion De Cuba, commonly known as Revs.

But after appearing at the doors around 12am, seemingly on his own, he was refused entry.

A source who works at the bar said: “We stopped letting [people] in,” and they clearly didn’t make an exception for Mr Rees Mogg, who was turned away at the door.

Revs opening hours state that it closes at 12am on Mondays, which might explain why JRM was refused admission to the club.

Rees-Mogg was then seen outside speaking to a small group of people, including young Conservative Jordan Bhardwaj.

Jordan said: “Fancy bumping into Jacob Rees-Mogg outside of Revolution Bar at 1am!” She told JOE the two “didn’t really talk” but she still managed to nab a picture of him outside the club.

The source at the bar says after Mogg was denied entry “all the other Tories inside ran to the door to get a selfie with him.”