Papering over the cracks with crocuses? 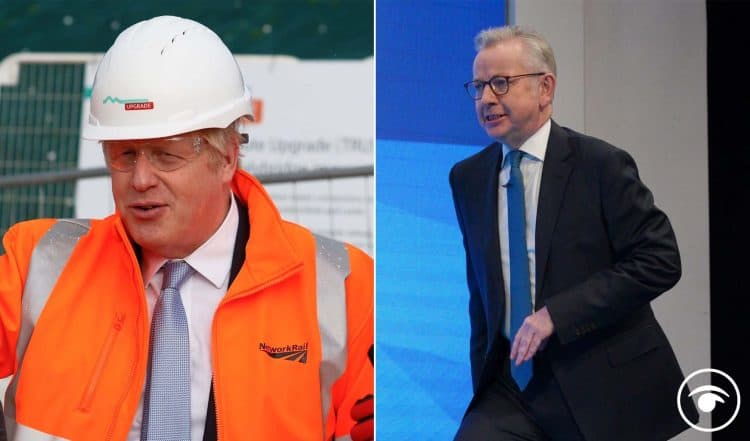 One of the architects of the Conservatives’ 2019 election-winning manifesto has said “levelling up” needs to clean up “graffiti on cenotaphs” and bring “hanging baskets” to towns to restore civic pride.

The comments come as high-ranking ministers have shared their definitions of what levelling up means as the Government seeks to define its agenda.

Rachel Wolf, a co-author of the Conservative 2019 manifesto, told a fringe event at the party’s conference in Manchester that there needed to be “short-term wins” to convince people to stick with levelling up.

She said: “I am going to start with graffiti on cenotaphs, and hanging baskets.

She added: “The reason they mention hanging baskets is they make comparisons with towns that they go into and shop in where hanging baskets are a symbol of somewhere that is being looked after.

“When you think about levelling up, you do have to think about it in terms of short-term wins which demonstrate to people they are on a path and they should trust you to continue on that path while you are also thinking about some of these long-term structural changes that you might need to make.”

In the long term, she said levelling up had to mean reviving high streets, building better public transport for towns, and bringing back neighbourhood watches to help tackle crime.

Ms Wolf also called on the Government to “provide the mechanisms for communities to be able to deliver by themselves” through devolved local powers.

At the same event, the Northern Ireland Secretary Brandon Lewis said levelling up had to give people the chance of good jobs close to home.

He said: “Some really exciting international businesses are investing and growing in Northern Ireland. But it is that kind of thing which means that we can move away from the situation… where good smart people will go off to university and not come back.”

Elsewhere at the conference, Dominic Raab said he would seek to defend his marginal Esher and Walton seat in the next general election rather than a safer alternative, adding that the Tories had to sell “levelling up” to southern voters by suggesting other parts of the UK could generate more economic growth and tax revenue.

The Deputy Prime Minister said: “Levelling up is trying to bridge the gap but without trying to attack the middle class or those who have made money in this country fairly and through hard work.

“For me the challenge is selling it down south, in London. As someone who has got a constituency which pays a huge amount of tax, provides a huge amount of revenue to the Exchequer, the question you get asked is ‘what’s in it for us?’

“What’s in it for my constituents in London and the south-east is we will not be so heavily reliant on the central economic engine of London and the south- east, you will have poles of economic activity from the west – Bath, Bristol – Oxfordshire, Cambridgeshire and that corridor, the Midlands engine, the north and other parts of the UK.

“That will take the tax revenue pressure off London and the south-east.”

Related: Tory councillor: ‘Brits should be responsible for how many kids they have’