Ed Miliband speaking passionately about climate change on #Newsnight More conviction in give minutes than Johnson in five years. 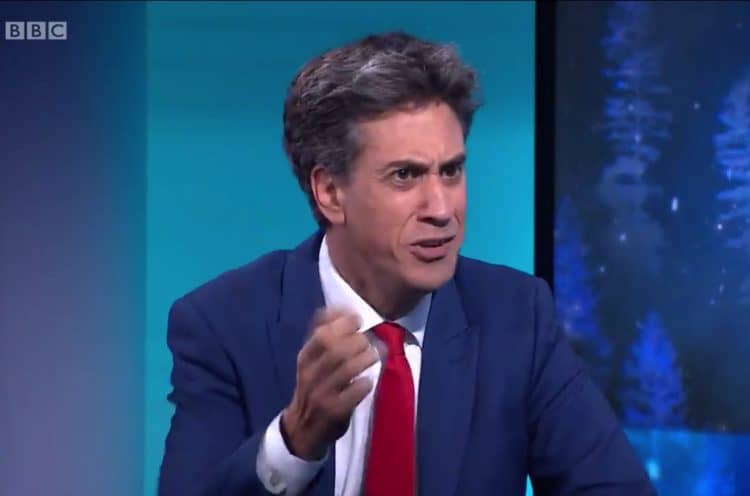 Ed Miliband has received plenty of plaudits after he made an impassioned speech on climate change on BBC Newsnight yesterday.

He was speaking ahead of the UN Climate Change Conference of the Parties (COP26) at the end of October.

“The things you’ve got to understand about these summits, with the host of this summit, your success and your ability to manage the summit depends on your moral authority,” the Labour MP said.

“What we’ve seen this year, I’m afraid, is perilous and an absence of leadership, so when you cut overseas development aid and you’re the only G7 country to do it, vulnerable countries, poor countries look at you and say ‘are you serious? Are you serious about what you’re trying to do?’

“Right the way along we’ve seen an absence of leadership.

“Now, I don’t despair, this summit has got to succeed and it isn’t too late but there are some things that the prime minister has got to do, and the first thing is you can’t just leave it to Alok Sharma.

“He’s a good guy, Alok Sharma, but this is about a prime minister, he’s got to take charge of this in the next two months.”

He continued: “Him, Raab, Sunak, they’ve all got to step up. This has got to be cross-government and it hasn’t been so far.”

Hello. Someone’s been having Red Bull with his Coco-Pops. pic.twitter.com/2dPz3VAGUC